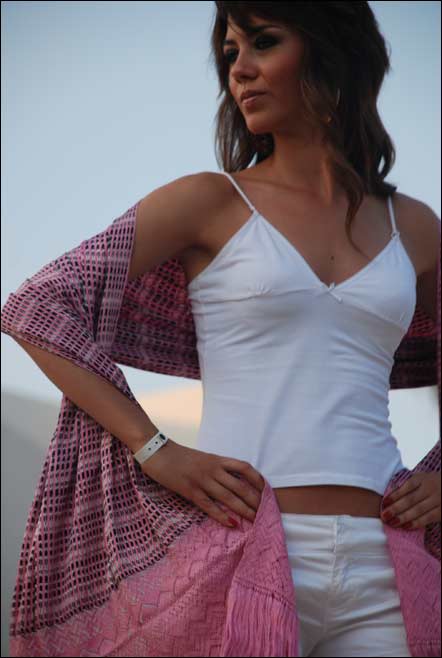 A number of Yucatecos and Yucatecas, and in particular the Yucatecas, love their warmth. Growing up in Merida has left some of them hyper-sensitive (hiper-sensibles) to what they perceive as cold and with the advent of air conditioning this has lead to the occasional complaint about it being ‘too cold’. Women from the pueblos, who work as maids in Merida, acting on traditions handed down from generation to generation will not iron (clothes) with a window open, since this will make them ill. That frigid Yucatan breeze blowing in from the back yard might give them pneumonia, apparently. I always point out, when discussing this interesting notion, that the Swedes seem to be pretty healthy, in spite of their insane practice of heating themselves to the boiling point in a sauna and then frolicking naked in the snow.

I know of at least one (and there are others, I am sure) local woman who, if she is going shopping at Sams or Costco, will take a sweater; ditto for an outing to Cinepolis where she will sit usually at the back or some place where she won’t feel the air conditioning directly. “Donde no me da el aire” is the expression used; where the air doesn’t get me. Getting some fresh asparagus or the latest imported Washington cherries from the icy room in the back of Costco – no matter how fresh they might be in spite of their whopping carbon foot print which is of no concern to anyone – is completely and utterly out of the question. She is aware of her unique-ness and consequently is prepared with a shawl or sweater when she goes out.

What I find irritating is the insistence of some of these ladies – the ones who refuse to take a sweater or shawl “why should I, I am in Merida!” – to complain, in a restaurant, for example or a meeting room at a conference about the air conditioning to the management or their waiter; asking them to turn down the air conditioning because they are cold. What about all the other people in the restaurant or at the conference? Are they cold too? What if they are menopausal or Canadian and are actually hot? Should there be a vote held on the temperature of the room? You have to admire the self-confidence of these individuals who consider their body-temperature issues far more important than those of everyone around them and believe that they are the only people (that matter) in the room.

Imagine this happening elsewhere. You ask the waiter at Joe’s Stone Crab restaurant in Miami Beach to turn down the air conditioning because you are cold and you would be laughed out of the place! “Who the hell are you” the waiter would think to himself before saying “yes, of course” and promptly ignoring you. If he was a Mexican American waiter, which might be a possibility in the United States these days he would also think “ta loca” a la George Lopez. Try visiting Smith and Wollensky’s in New York and asking one of their seasoned waiters from Jersey to “turn up the heat” because you are cold. You would get quite an earful I’m sure.

I had an interesting exchange with someone on Twitter recently – which prompted this rant – in which she was complaining that she should have asked the restaurant manager to turn down the air conditioning “before she asked for the bill, not after, when they were going to turn off the air conditioning anyway” (her tweet) I suggested she take a sweater if she was one of these people who are hiper sensibles to cold air and she replied sarcastically “Oh yes, of course, I should carry around a sweater in Merida if I go out. Good point”

I think so. Turn it down a notch, dear. You’re not that important.

One of the most common criticisms of Merida restaurants by the Casual Restaurant Critic is the deplorable service in most places (with a few notable exceptions), especially at the higher end of the price range where it seems like everything has been invested in except waiter training and selection.

So, on a visit this afternoon to the newest of the Trotter’s restaurants, it was a joy to be able to finally receive good – no GREAT – service from a young man who looked after the Critic and his Better Half. After being ignored by the hostess on the way in (she was talking to some folks so she could be forgiven for not being able to multitask at the door although that should be in her job description) the Critic was not expecting anything better but an older gentleman who one could assume is the capitan de meseros or manager led the party of two to a table. Actually, it was a booth, as per the Critic’s choice and it was a bad choice. The only quibble for today’s meal was the seating. The booth looks inviting with what appear to be cushy cushions and a cozy sort of vibe; unfortunately, one sinks into the not-so-cushy cushions and one then feels the wooden frame within on one’s tush. Note to Mr Trotter – restuff the cushions and back rests!

A pleasant young man approached the table, took drink orders and left menus. Better half ordered a tuna sashimi salad and a potentially complicated version of the burger which was essentially the burger but without the bun. The Critic ordered the small version of the Caesar salad and a pasta consisting of black spaghetti and veggies in a lemon cream plus sauteed shrimp. And here is the amazing part. You know when you are telling your waiter what you want and he is furiously scribbling on a pad of paper? Well this young man just nodded and when the Critic and Better Half had ordered, he confirmed the order from memory, almost verbatim and with a curt smile and a con permiso left to tell the kitchen what to do. Please note that this is the first time in Merida, where the Critic has lived for TWENTY FOUR YEARS, that any waiter has not written anything down. One sees this in upscale restaurants in the US, Canada and elsewhere, but this was a first for the Critic in Merida. Even in the most basic panucheria, where all there is to order are panuchos, salbutes and a caldo, the waiter on hand will always be writing everything down as if it was so darn confusing.

The food was very good. The sashimi salad with a peanut dressing was cold and large enough to make entree status, while the mini Caesar was more than mini and actually a Caesar, unlike the version the Trotters serve up at their flagship location, Trotters, which contains all kinds of things not generally common in a Caesar salad.

The sans-bun burger arrived perfectly presented and the spaghetti, in spite of the misgivings about what a lemon cream would taste like, was delicious.

Afterwards, the bill was summoned and arrived promptly. The manager also stopped by at the entree portion of the meal to see if everything was alright.

A great lunch experience; hopefully this level of service will be maintained! 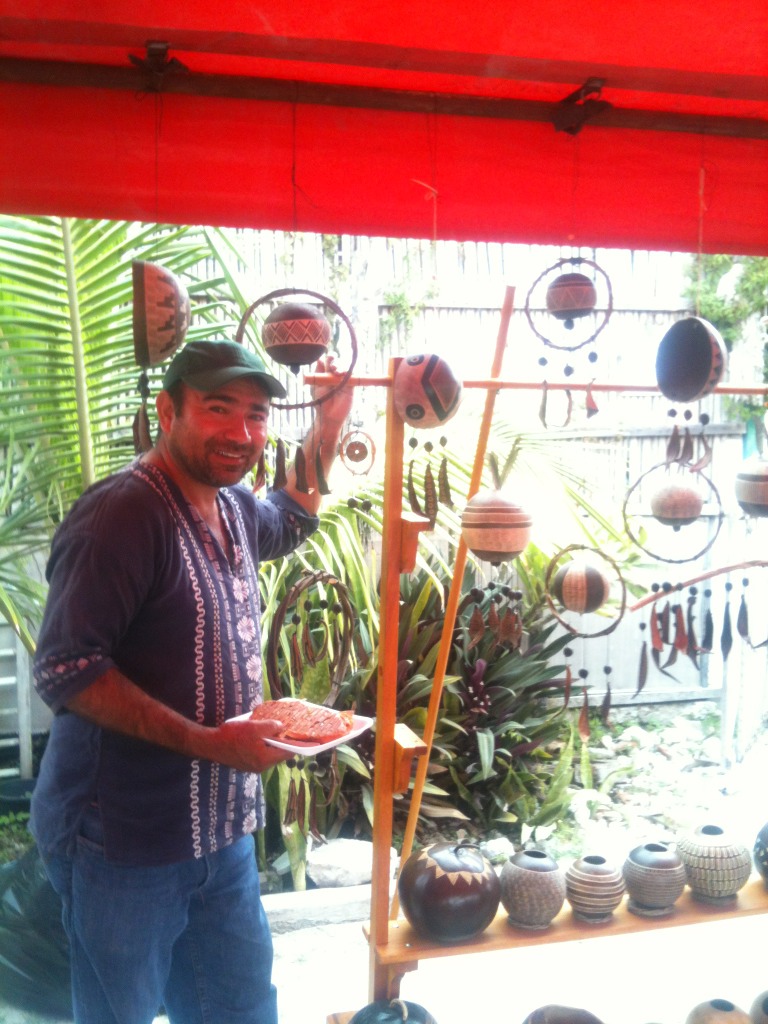 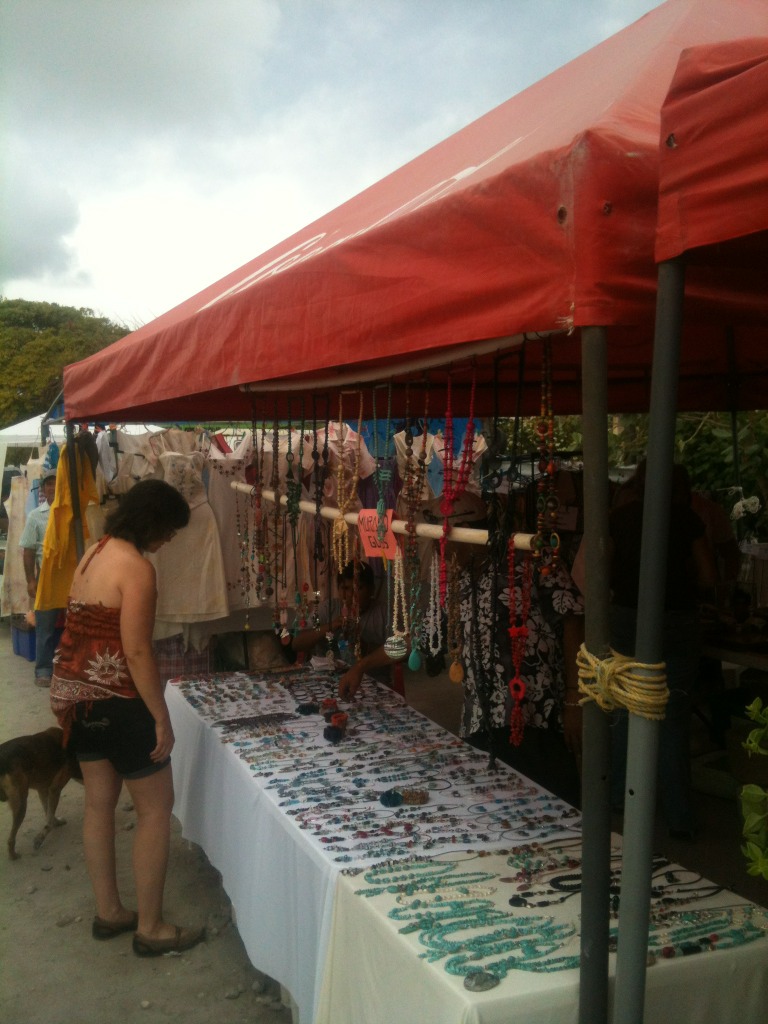 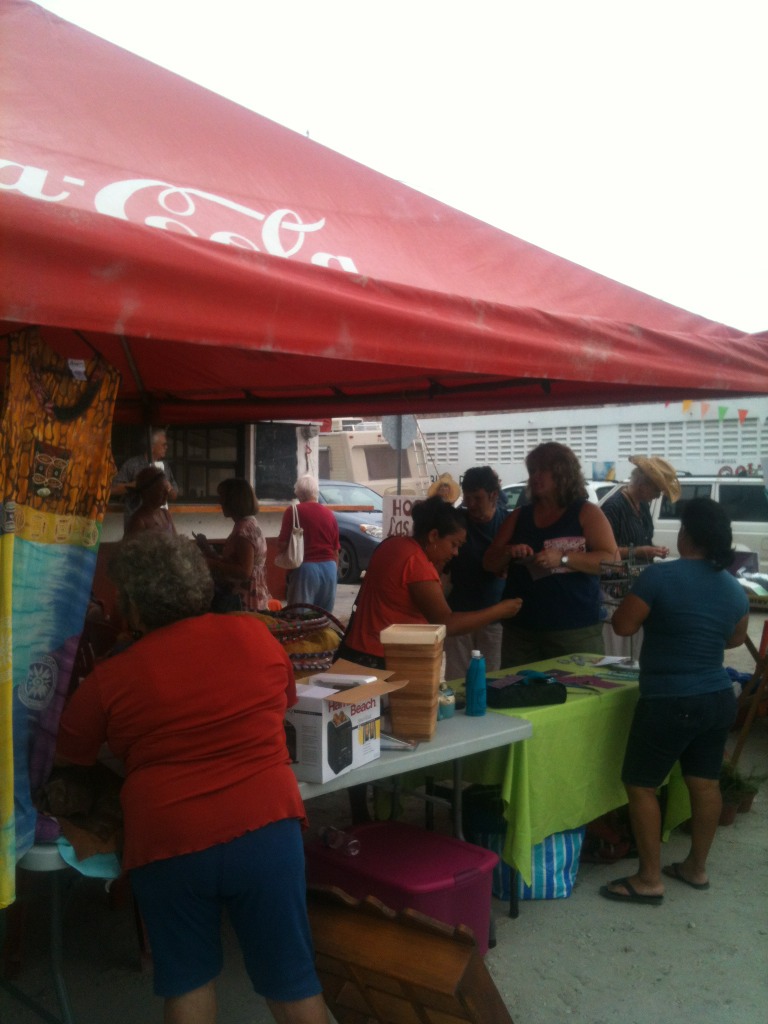 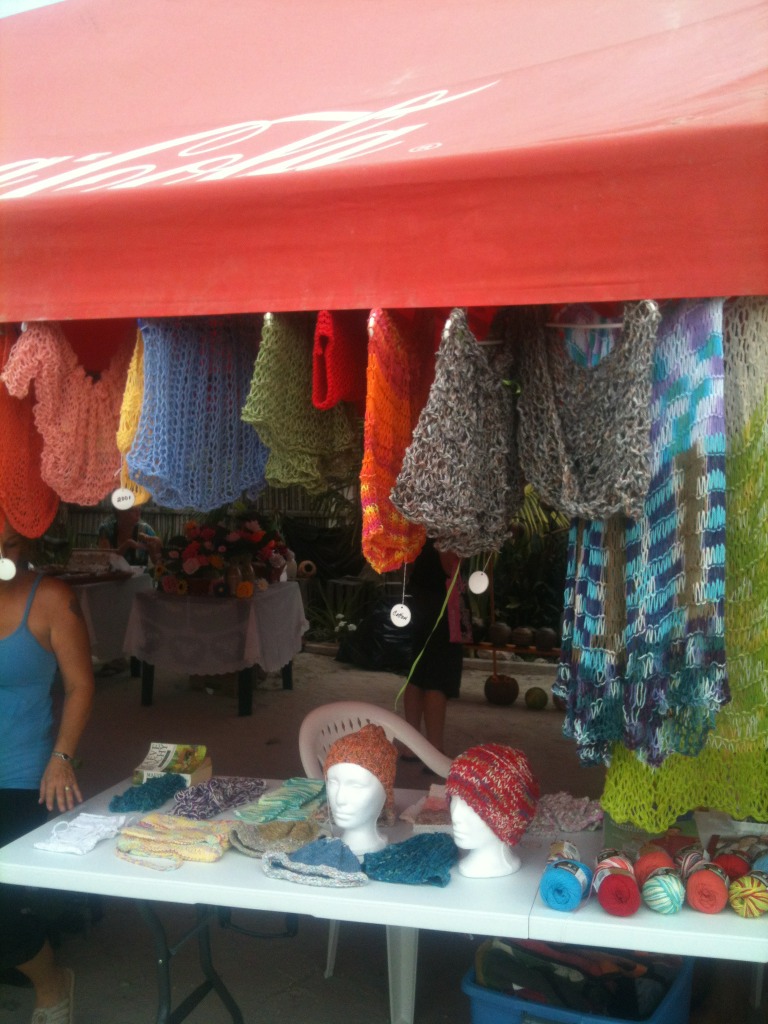 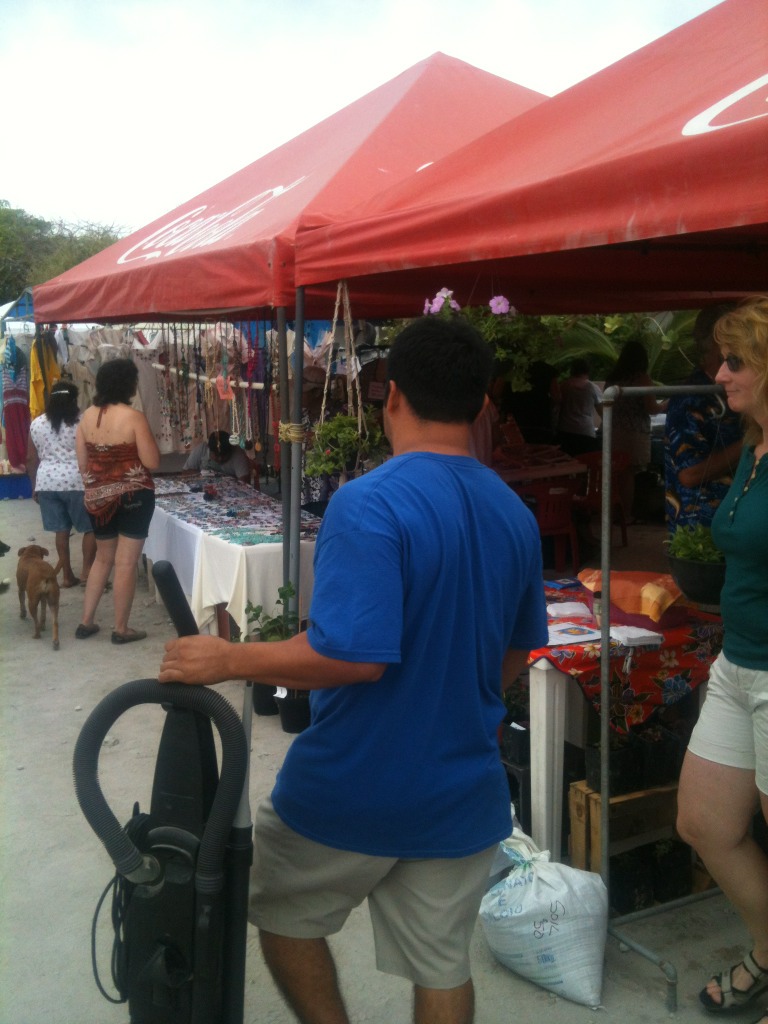 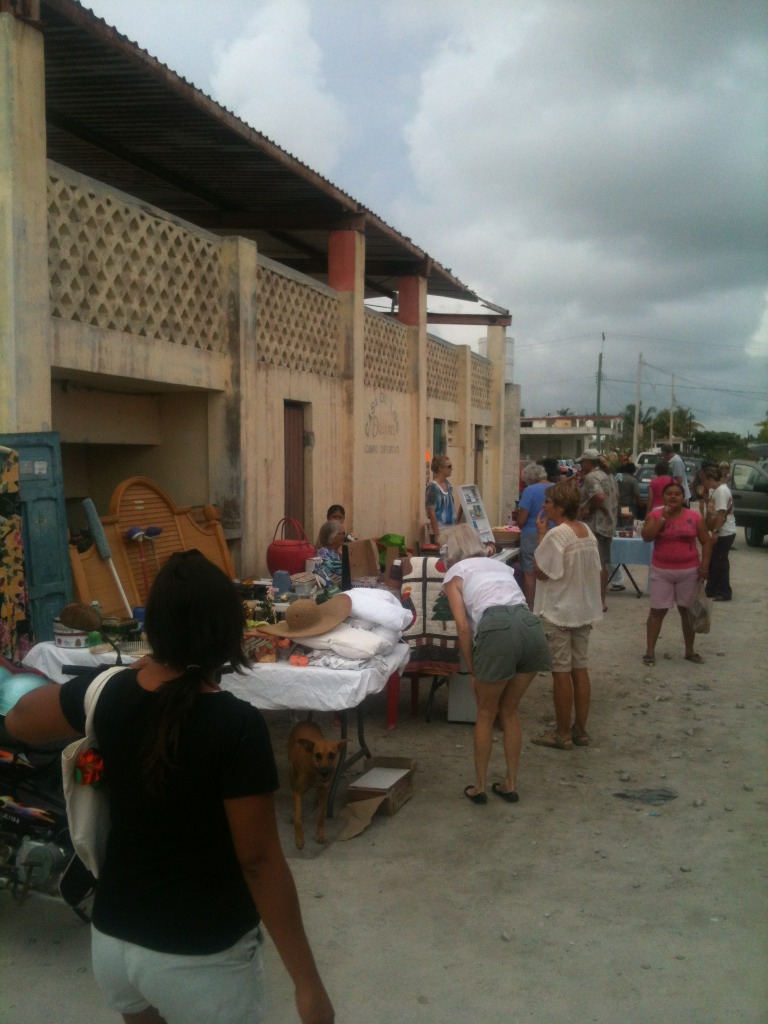 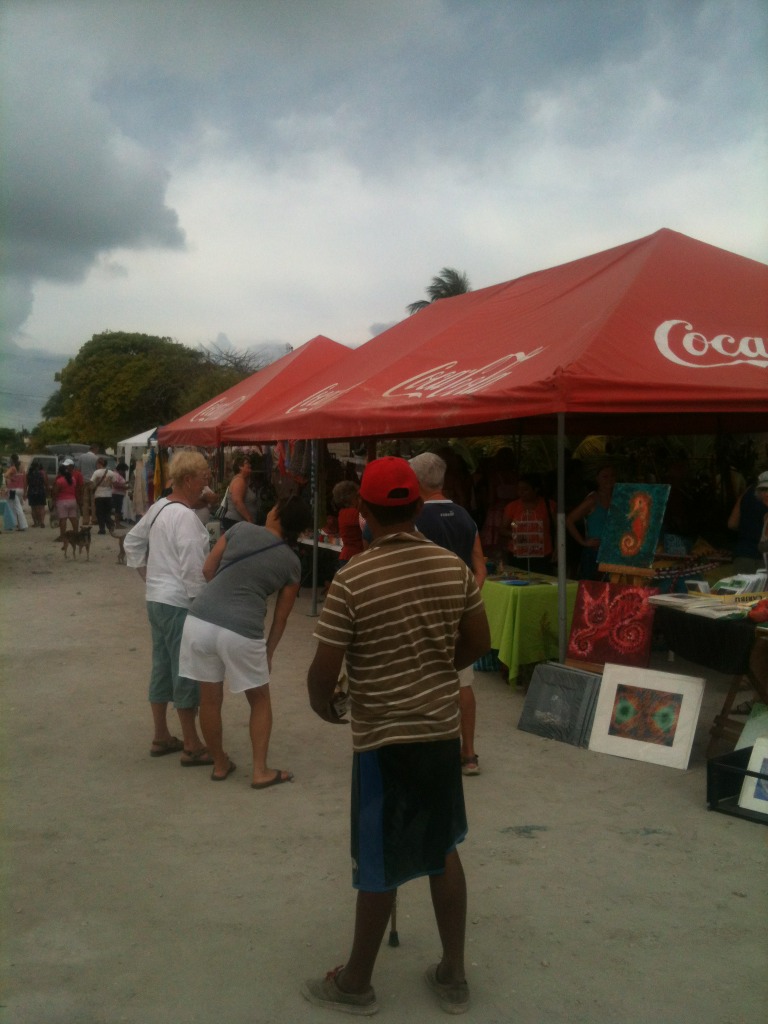 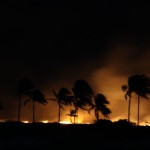 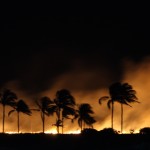 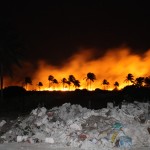 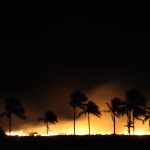