Today, a copy of the Diario de Yucatan, once Merida’s more serious newspaper, entered my home and once again reaffirmed my belief that it is far better to ignore local news in any form because hearing, reading or seeing what is ‘newsworthy’ is really just depressing and makes one’s blood boil.

In the newspaper, dated Saturday 20 of June, 2015, the Local section had this as their top story: “Elogio de la ONU (Spanish for United Nations) a Mérida.”

It turns out that someone from the UN came to Merida for an environmental Expo and made encouraging comments about the potentially ‘great business opportunities’ in the area of renewable energy production that exist in the Yucatan along with the fabulous wealth of natural resources.

Now I am not sure what planet she is coming from – although later she mentions being in the DF so anywhere looks promising after that – but perhaps she didn’t read or hear about the rapid rate of contamination of the peninsula’s ground water thanks to complete indifference by authorities and citizens alike, who have no qualms about disposing of waste into the aquifer. Or read the article by another visitor recently who was blown away by the amount of trash that can be found everywhere in the Yucatan, particularly along the so-called Emerald Coast which was named after a visit to the Yucatan by a direct descendant of L. Frank Baum. Or see how trees are cut at an alarming rate both by those exploiting them for lumber or pulp as well as many developers and residents who regard anything resembling a leaf as garbage and ‘undesirable’. Natural resources indeed. Perhaps she was referring to the abundance of limestone. We sure do have a lot of rocks.

When she mentions that “Yucatan has one of the best environmental strategies in the country” I can only wonder at how bad the other states in Mexico really are. Is there potential for wind and solar? Yes. Is it being aggressively pursued by any government agency? Not that I know of, but then I don’t follow the press on a regular basis so am not up to date on the pomp and circumstance of self-congratulatory official pronouncements. There is an ongoing, energetic program to rid the Yucatan of plastic. Kidding. And the reforestation along avenues and highways is also a priority here. Not. Especially not when there is a billboard that needs seeing.

My lethargic cat has more environmental strategies than the Yucatan.

In the article she also states that Merida has ‘buenas vialidades‘; in other words, a good road and street system. I will give you a minute to pick yourself up off the floor. What vialidades is she talking about, I wonder.

Many of us who live here would beg to differ and it is only getting worse, as the recent opening of Krispy Kreme on Montejo or a drive through the neglected neighborhoods in Merida’s south can attest.

Second article in the Local section, is the confirmation of the construction of yet another centro comercial aka mall, this one called Uptown Center, following the accepted and malinchista protocol of naming all new and exciting commercial developments in English. Uptown Center sounds so… uptown, after all. and that’s where we all want to be. With a Walmart and a Starbucks, it most certainly will feel uptown. Meanwhile, el sur de Mérida continues to languish amidst potholes, deficient street lighting and dilapidated public transportation. What the hell, they’re poor and their apellidos are cortos so who cares.

This new mall location is a large property and it seems the Ayuntamiento has signed off on it. What makes my blood boil is the fact that Merida does not need yet another upscale freaking mall. What Merida needs is parks and green spaces for its citizens.

Imagine the city of Merida leading the way in Mexico and even North America not because of what was already there (Mayan culture, natural location – see boiling point 1) but because of what its citizens and government did to make it that way. But alas, the general interest is not in having a great, livable and healthy city; the general trend is to have as many Walmarts and Starbucks as possible, covering everything with concrete as we pursue that goal, and THAT will make us all feel like we are living in a great city.

Does this not make anyone else angry? Feel free to comment below.

On the inside pages of the Local section, along with stories of multimillion peso frauds committed without consequence by the mayor of Yaxcaba, the usual tawdry reporting on spousal stabbings and spectacular car accidents, there is an article entitled “The Mayans; a tourism magnet”

The powers-that-be of our fine tourism infrastructure are busy promoting – in England no less – all things Mayan. Among the last names of the fine citizens representing the initiative mentioned are Bravo, Ancona, Franco, Tovar y Teresa, Gomez and others. It would seem to me that including one or two actual Mayans would be an interesting and refreshing twist to these continued efforts to milk the Mayan culture dry, that continues decade after decade, without returning a centavo to the actual Mayans living in the Yucatan today. Of course, there are many ambitious and promising projects that are announced with each new governor, mayor or president; projects with fancy logos and stationery and even official vehicles and uniforms; projects that are promptly abandoned or the funds siphoned off for a new vehicle for the office, or other much-needed accoutrements of the white-guayabera-clad functionaries with their iPhones and shiny black shoes, smiling among villagers who have been screwed over again and again and still pose for the photos, in the hope that maybe this time, the promise might be real.

As I have the opportunity to spend time in the villages and comisarías and ejidos, I see real, emaciated and forgotten Mayans every day and can tell you – without hesitation – that these Mayans do not receive any benefits from these promotional junkets.

International trips where Merida chefs prepare and serve tacos de cochinita and antojitos yucatecos; where miniature replicas of Chichen Itza and other Mayan archeological pieces are expensively shipped and displayed for foreigners who then congratulate the officials accompanying the pieces on the cultural heritage of the Yucatan. The last people to benefit from all this promotion of Mayan-ness, to paraphrase my friend Macduff Everton, are the Mayans themselves.

And that, my dear readers makes my blood boil the most; how about you?

Maybe if I read the paper, listed to the radio, turned on the TV on a regular basis, I would become inured to these myopic assaults on common sense, on human dignity and on the vast potential of Merida and the Yucatan.

Alas, (or fortunately, for my own mental health) I do not.

And so, when a newspaper comes between me and the table, and I see the absolute mierda that is occurring around me in the city and state that I love and have come to regard as my own, I rant. For I am seeing this not as a romantic foreigner who just bought a colonial in Santiago and finds the Luca de Galvez market still charming, but a long-time resident that feels coraje at the potential of the place being squandered so cavalierly. 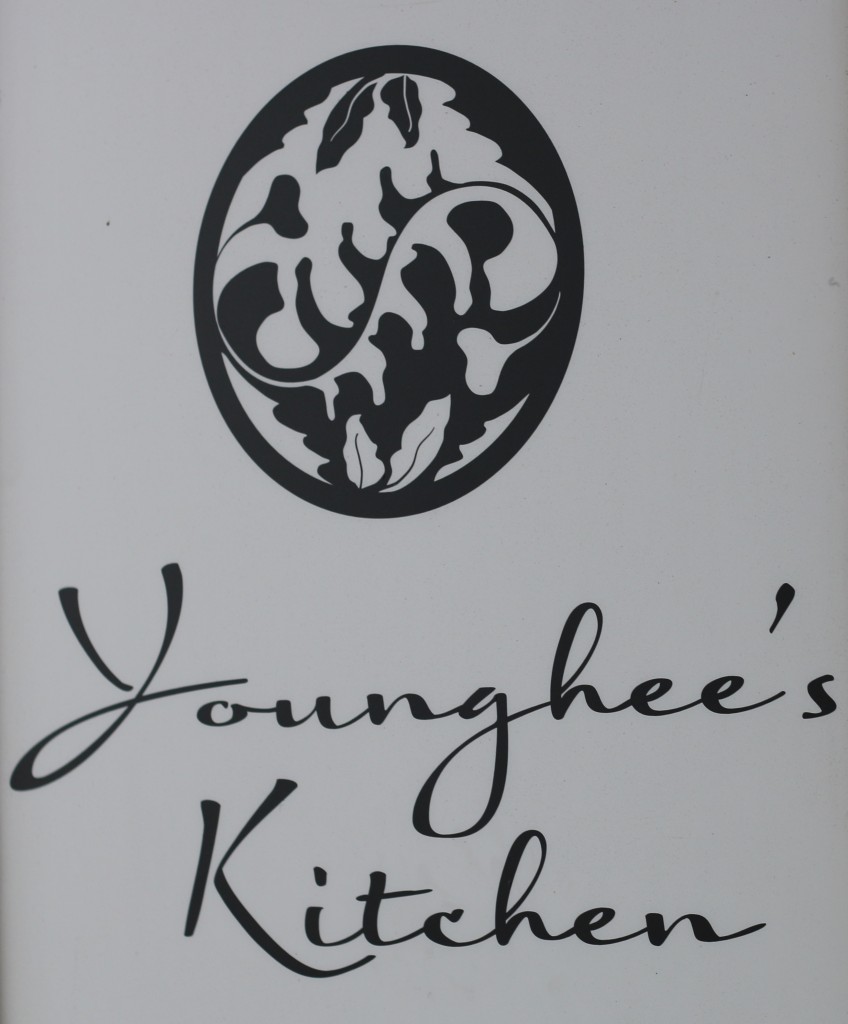 The Casual Restaurant Critic, following the suggestions of Better Half who seems to be trying new restaurants with far more frequency than the Critic these days, visited Younghee’s Kitchen today.

Accompanied by said Better Half, the Critic ate far too much absolutely gorgeous and delicious Korean food and is still feeling the after-effects of the severely spicy and overwhelmingly delicious soup(s) feature in the photos below.

All names have been forgotten but be assured that everything is excellent and the restaurant itself is a gem and would be at home in Miami Beach, Chelsea or Vancouver. Top notch quality throughout and the service is delightful.

This will become a Saturday thing folks, and since the restaurant is only open that day, expect waits and line ups but be patient. It’s worth waiting for.

It’s located near the Cine Colon where the Slow Food Market takes place every Saturday and doors open at 9 AM and close at 4 PM. 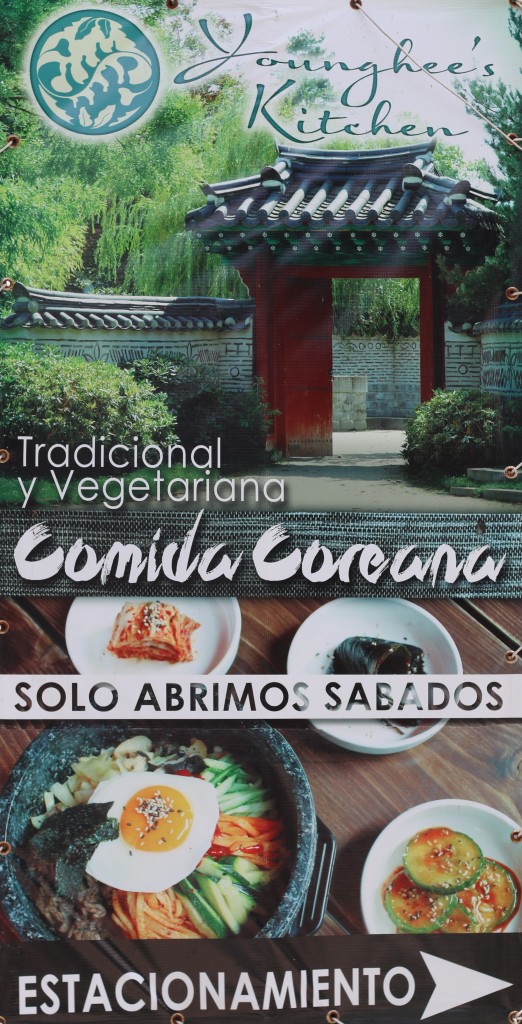 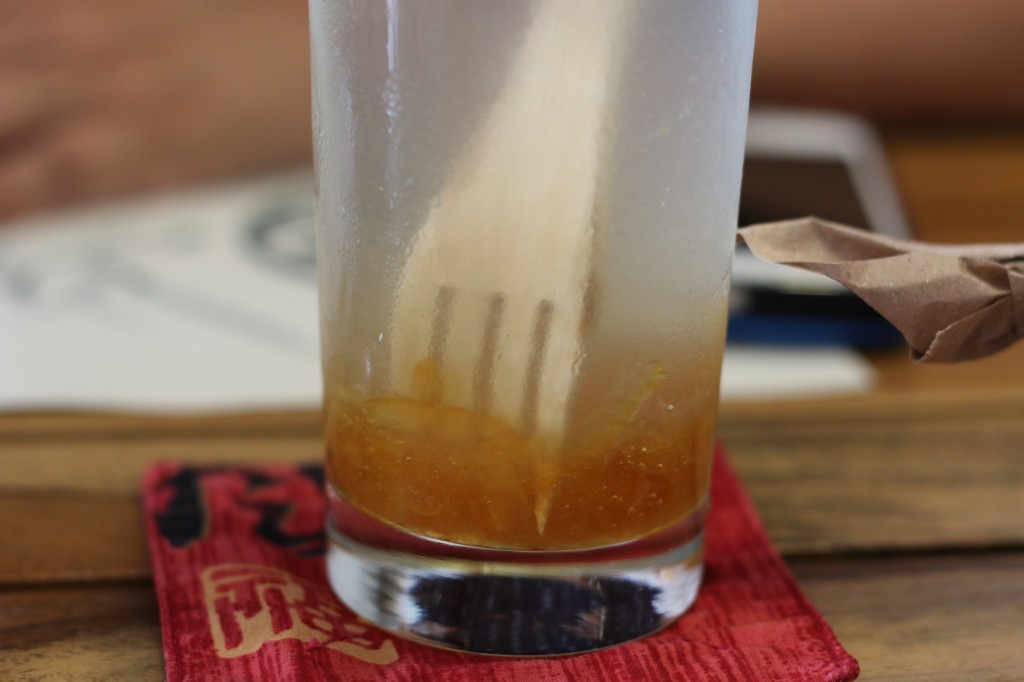 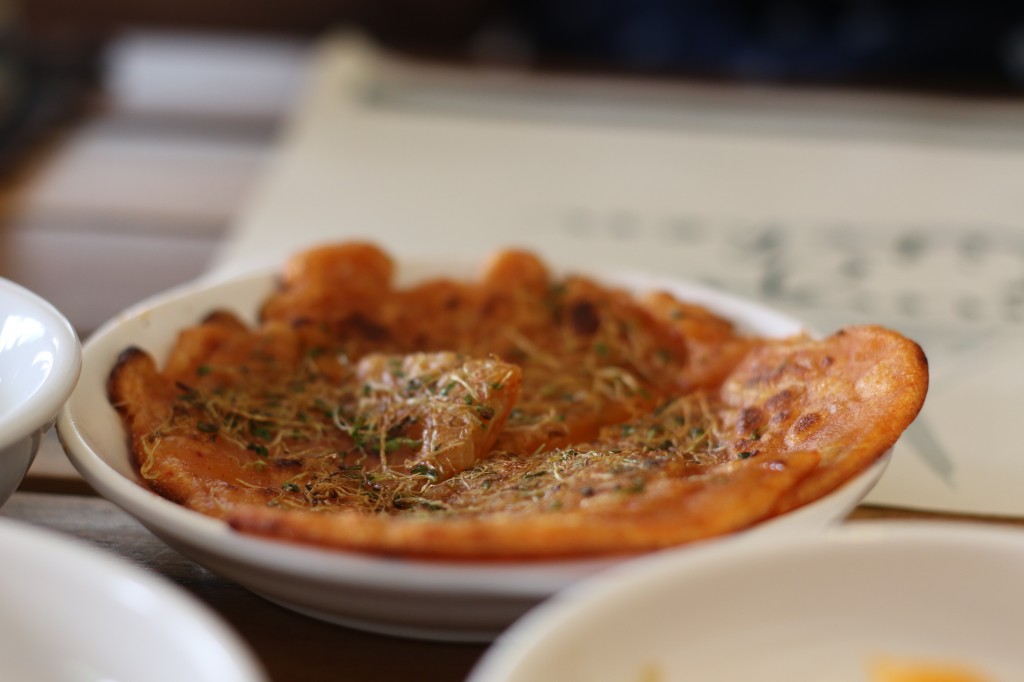 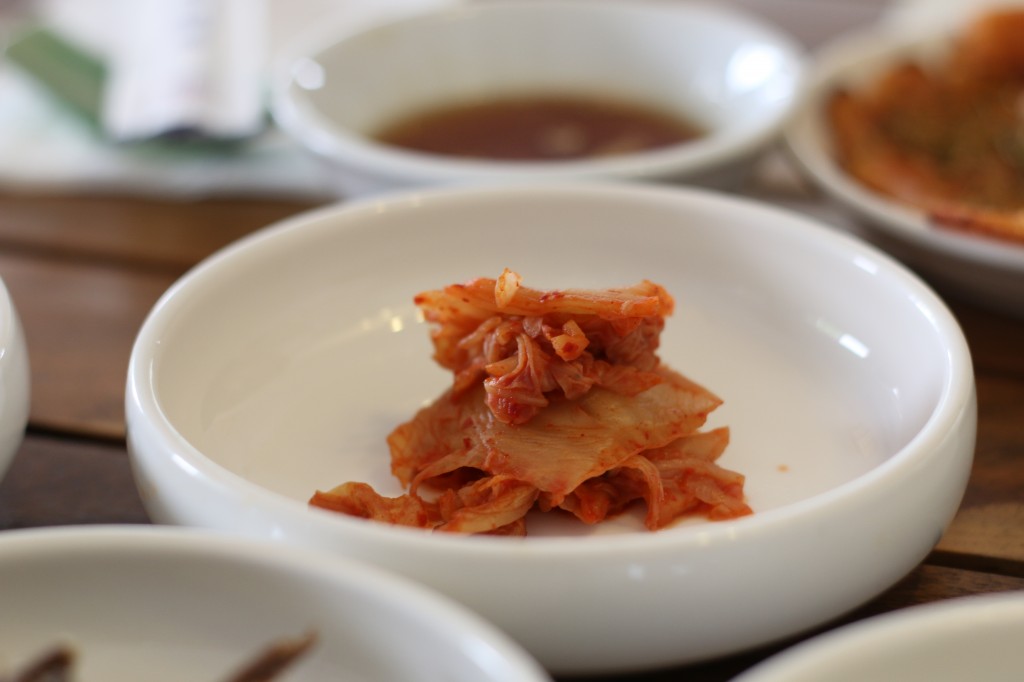 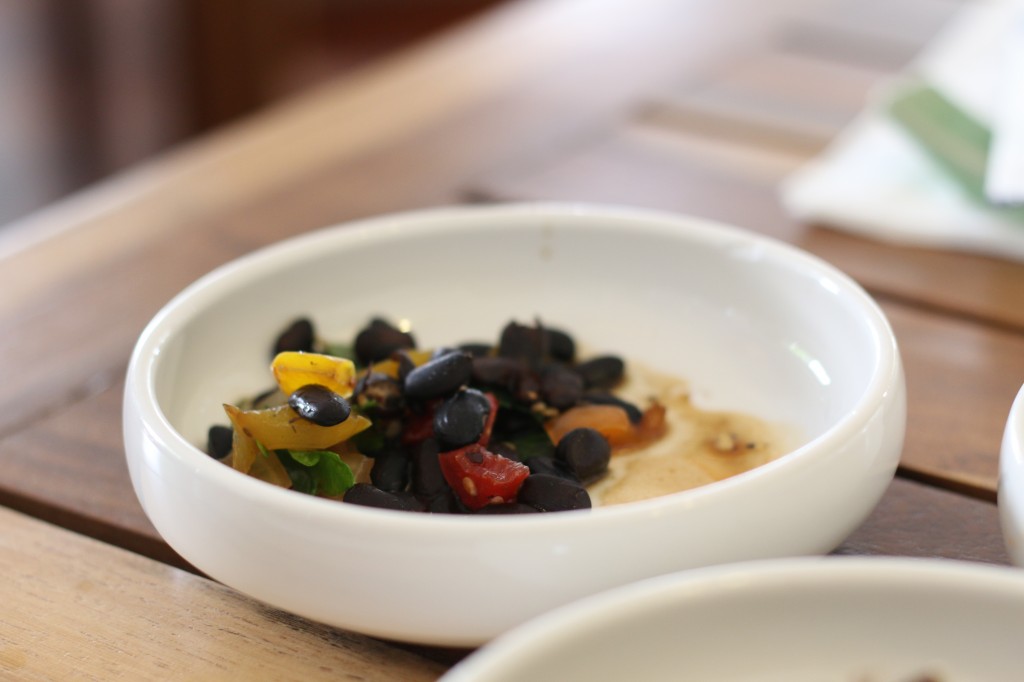 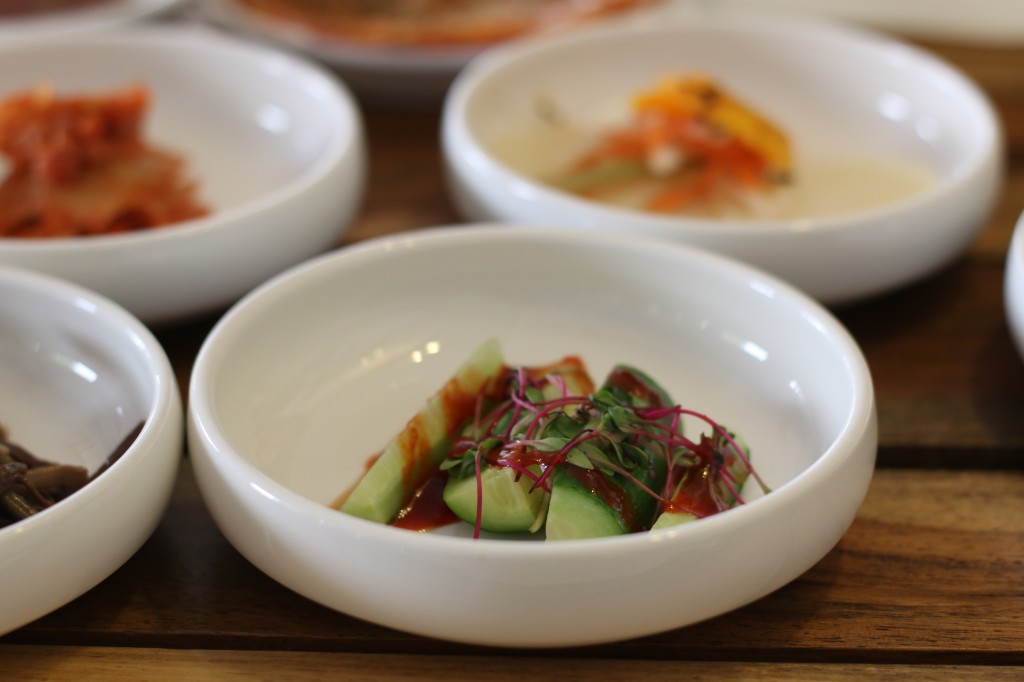 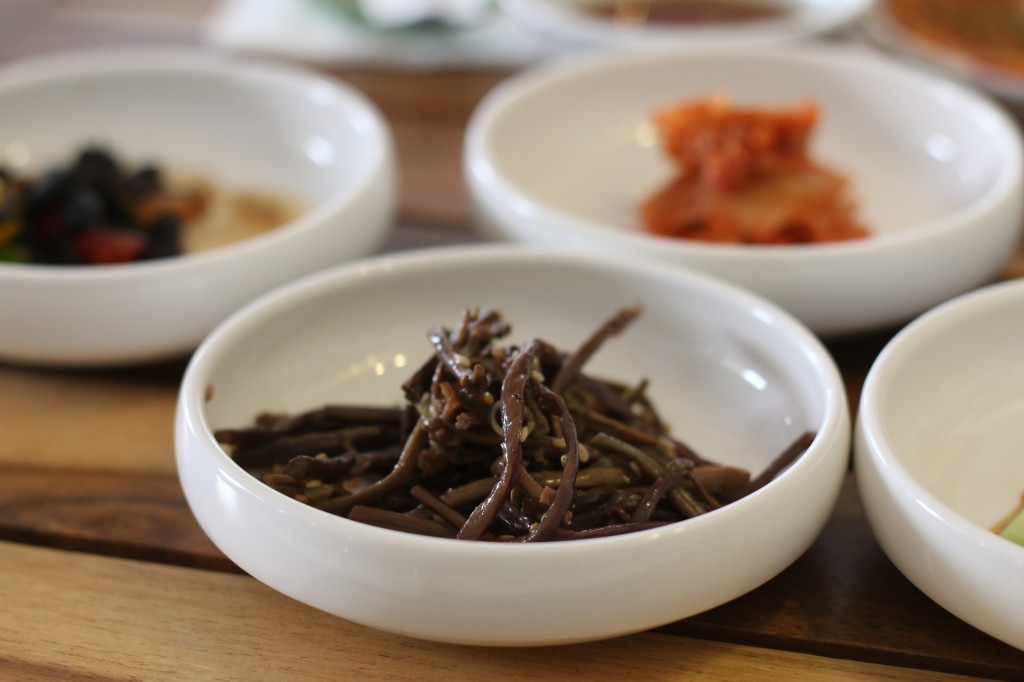 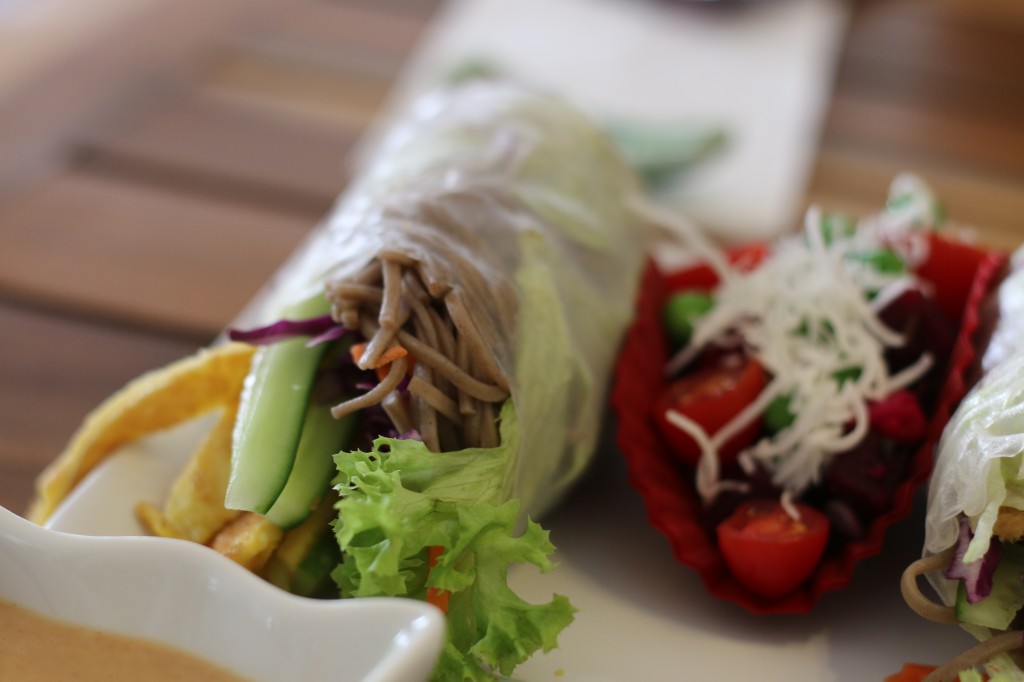 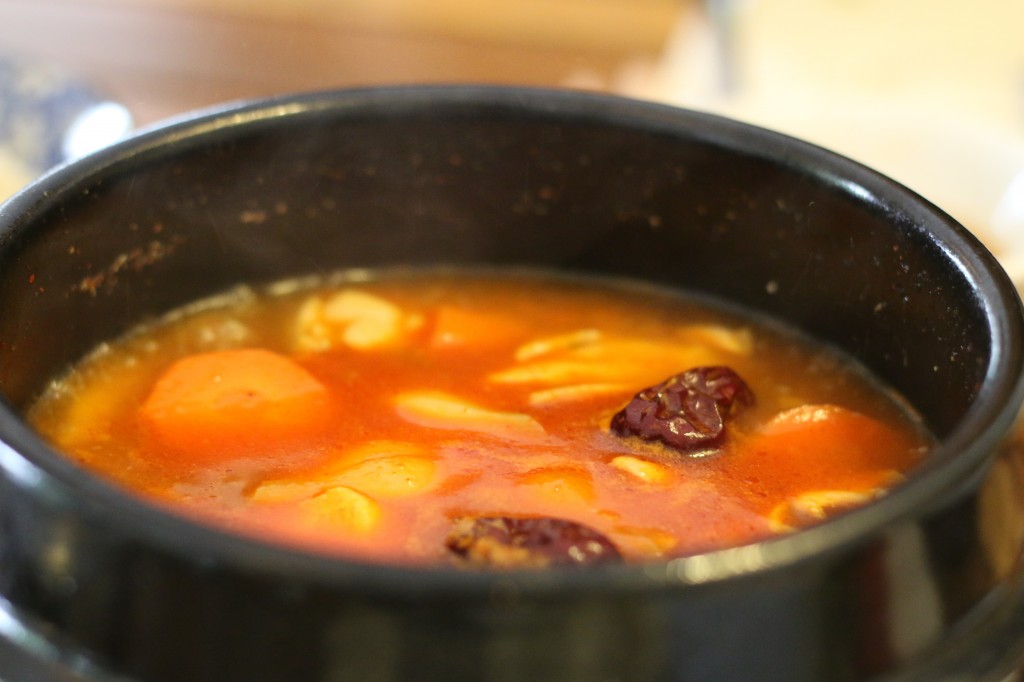 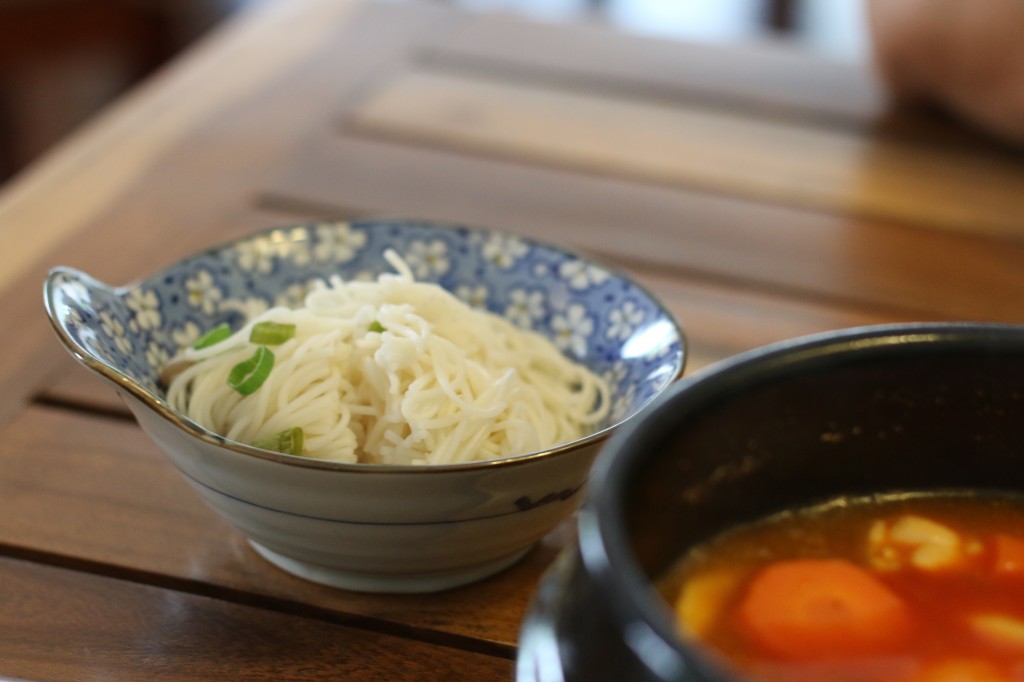 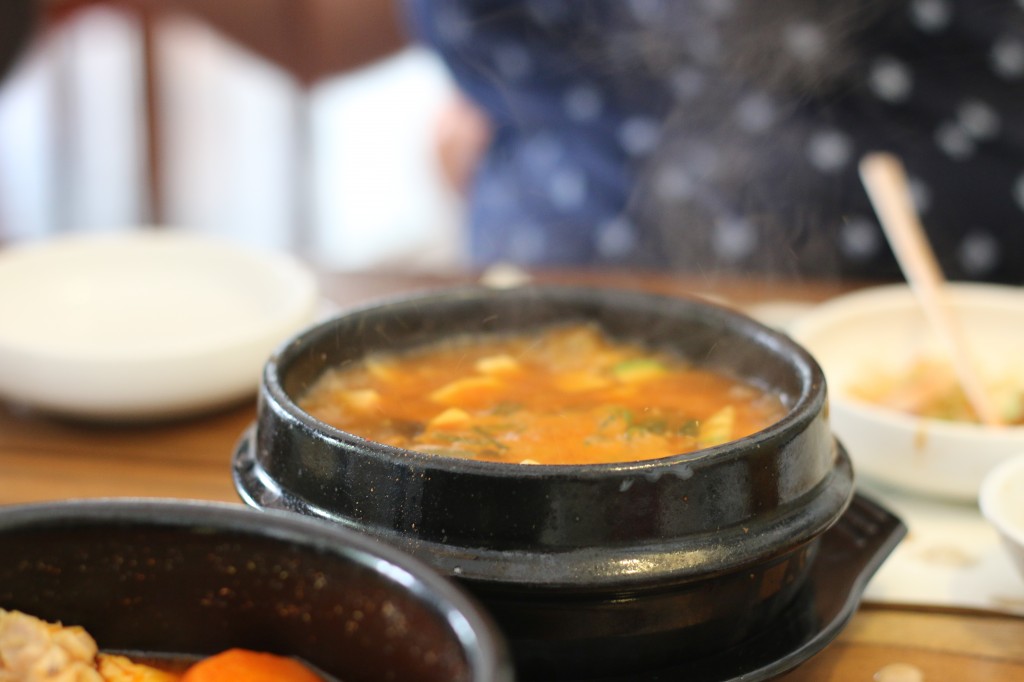 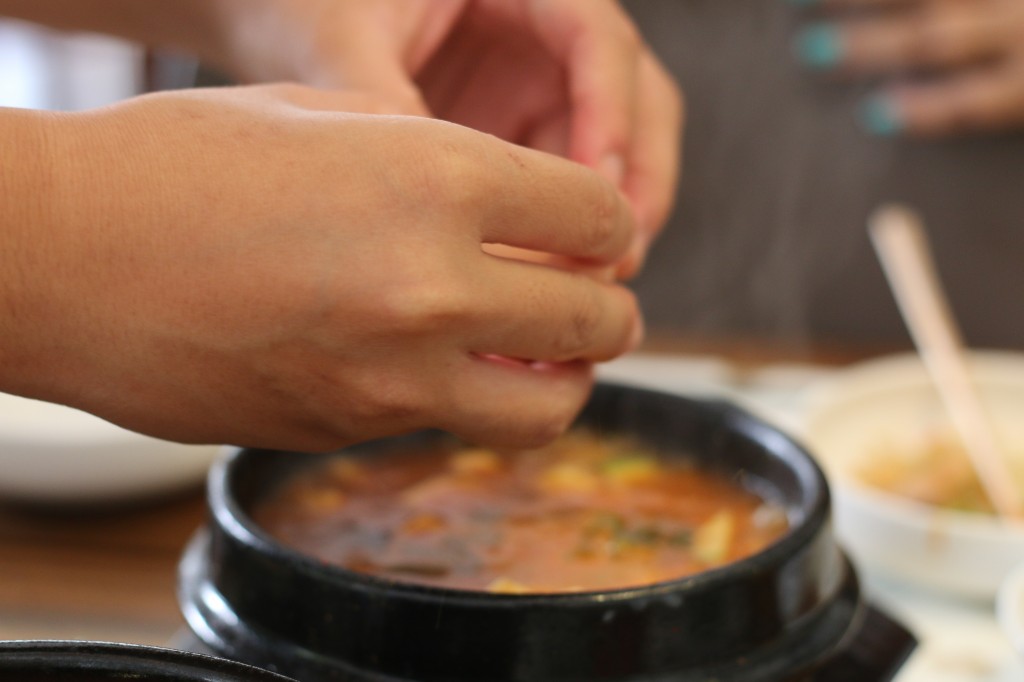 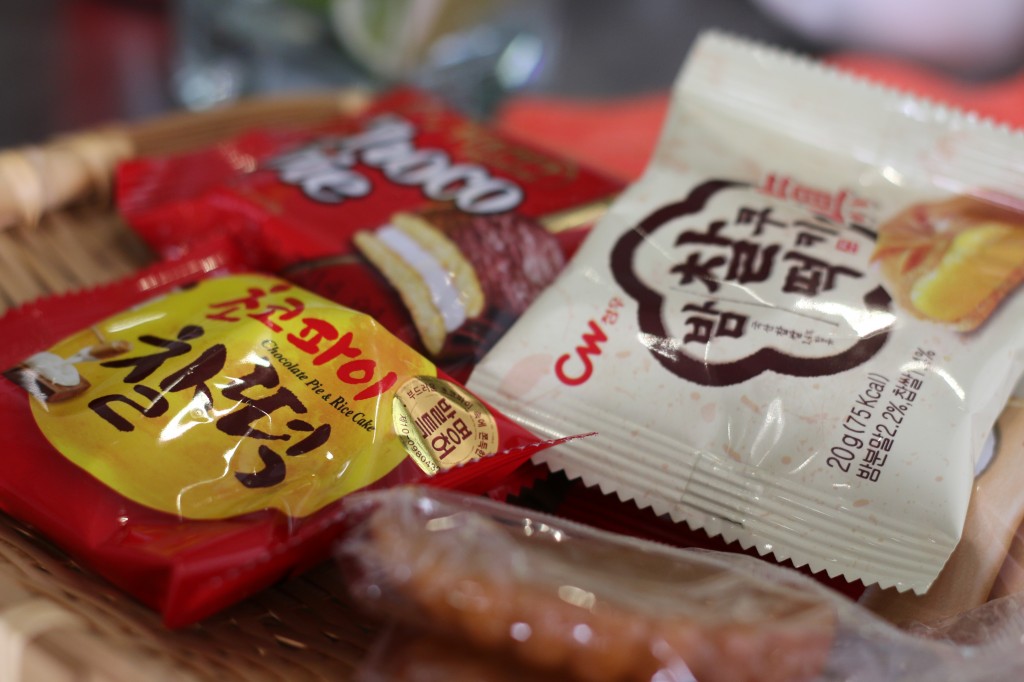 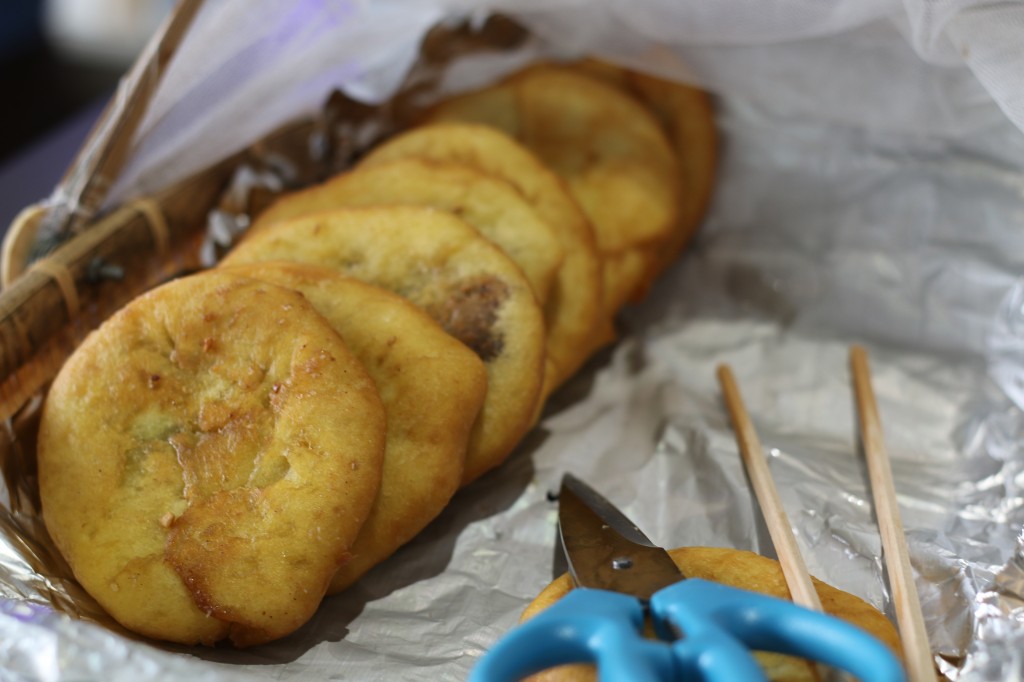 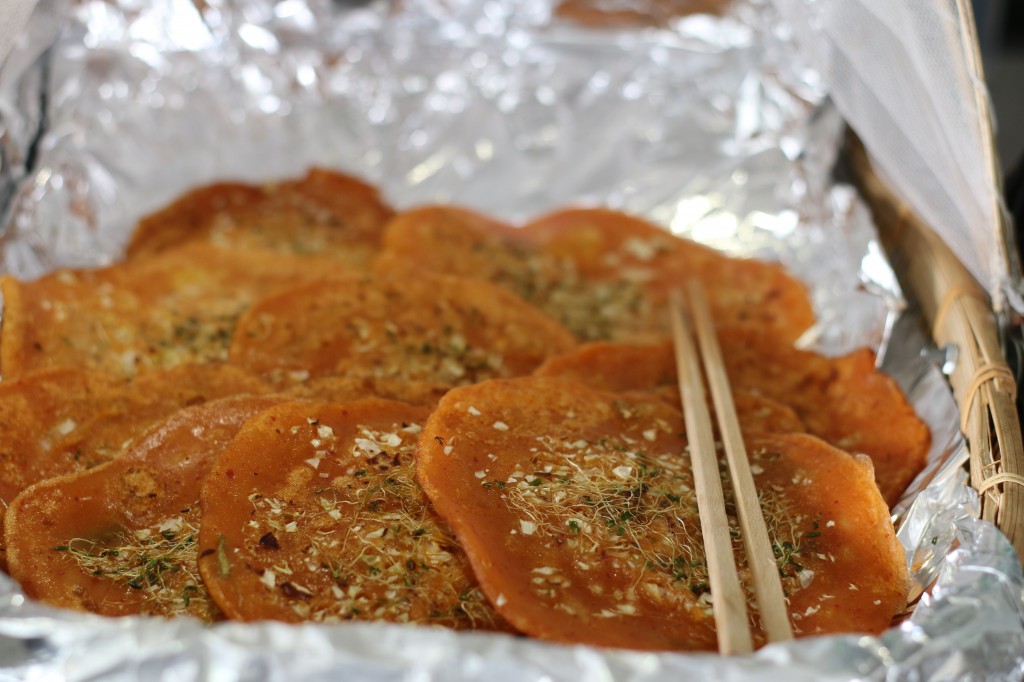 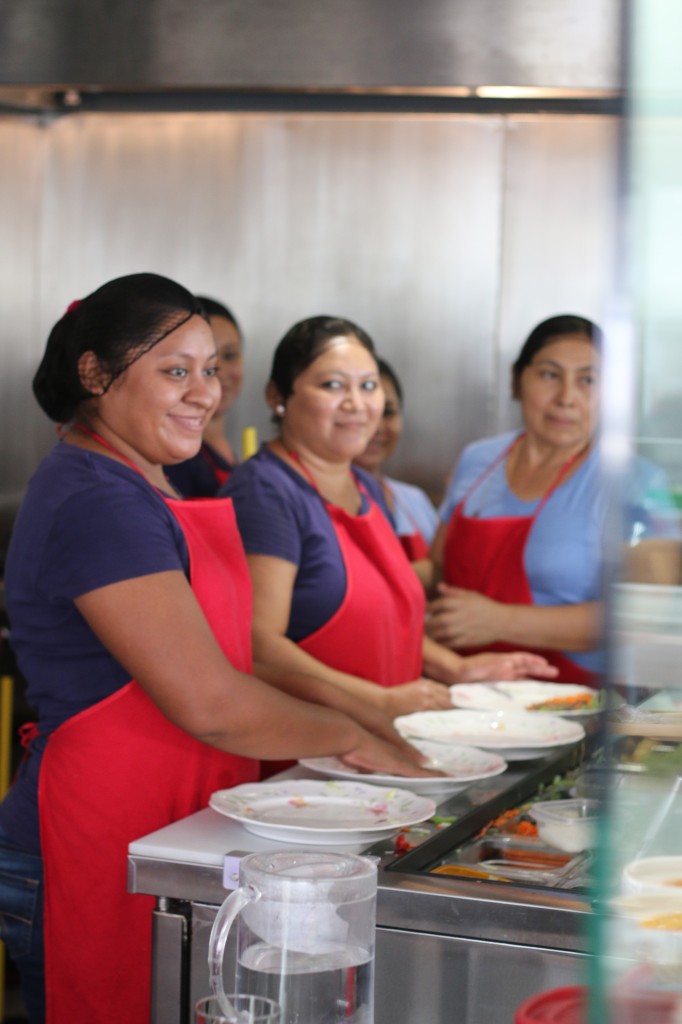 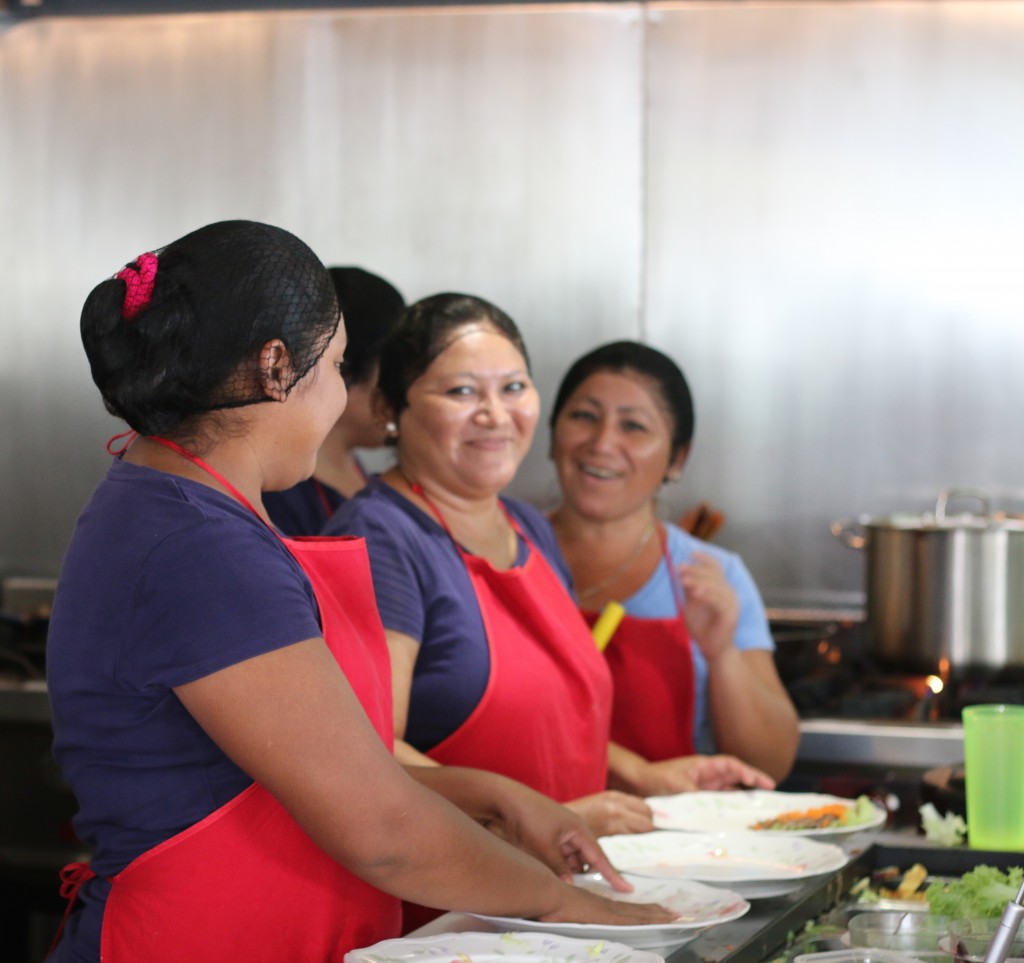