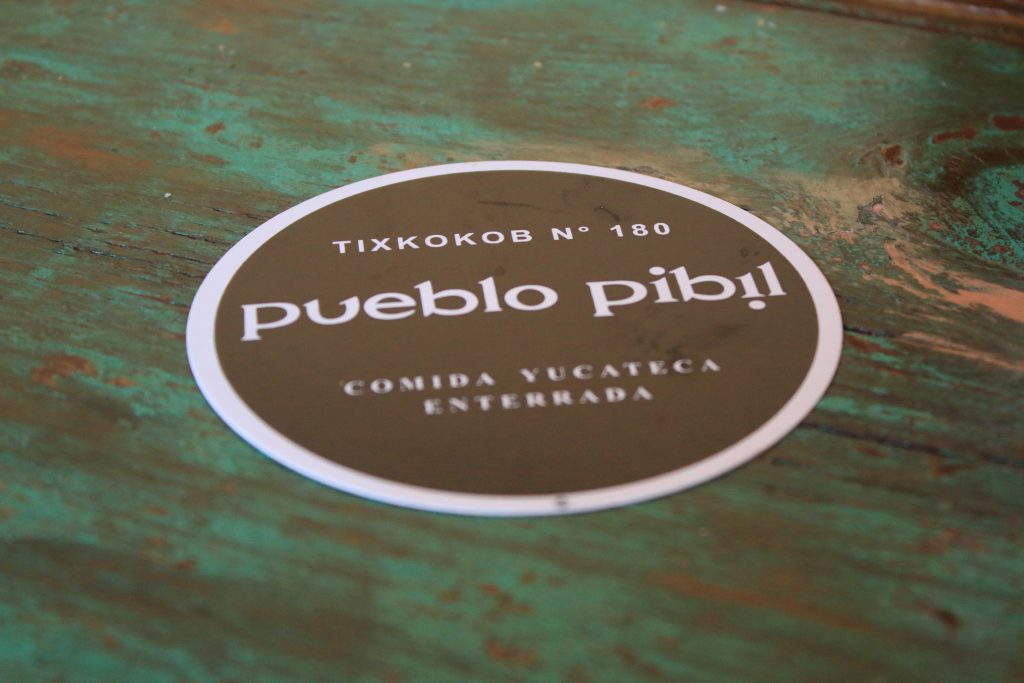 It’s new! At barely three months old, this latest and impressive entry into the offerings of real home-cooked Yucatecan food in the nearby town of Tixcocob, is already causing a stir among foodie Instagram users (hashtag: foodporn) as well as all lovers of great food who are not afraid to hit the highway to discover these out-of-the-city gems.

Chef Silvio has run a food counter in the Tixcocob market for years, and now he has, in conjunction with several partners, opened this elegant alternative for those seeking his deservedly famous ‘sazon‘ in a more formal setting.

The restaurant is beautiful, the air conditioning more than adequate on a hot pre-April firestorm temperatures kind of day and the service is gracious, if a little uneven in some spots. A friendly hostess opens the door and welcomes you into a calm, cool room from the overheated effervescence outside. An outside terrace is available for those who enjoy sweating while eating, or for those who want to have a quick smoke before or after lunch. There, you can also see the pits that give the restaurant its name: Pibil. Almost all the food is cooked in the traditional underground pit oven (the pib) and the results are impressive.

The Critic, accompanied by the Better Half, Mini Critic and almost a dozen others, visited for lunch and sampled many of the dishes available on the small but varied menu and everyone was most impressed with the quality and flavor of each beautifully presented dish.

The Critic had, as usual, the Queso Relleno, which was very satisfying and cooked to perfection. This was immediately after a starter of Sopa de Antaño (soup from yesterday, as in yesterday from grandma’s time, not actually yesterday), consisting of a black frijol broth with short pasta noodles and spiced up with a condimented tomato sauce.

Also on the table were an order of smoky crisp longaniza, generously stuffed papadzules, a relleno negro to die for, brazo de india (reina) and a spicy mondongo soup. The tortillas were thick, handmade and piping hot each time another batch arrived at the table.

At about 2000 pesos for a group of eleven, this was not at all a luxury lunch but it felt like it, given the quality of the room, service and of course, the food.

The photos will speak volumes and give you an idea of what you are in for if you head to Tixcocob for lunch tomorrow. NOTE: If you go on a Monday, you will be able to sample Chef Silvio’s frijol con puerco, which was not available on this Sunday outing and will surely be motivating this Critic and his Better Half to return, ¡pero ya! 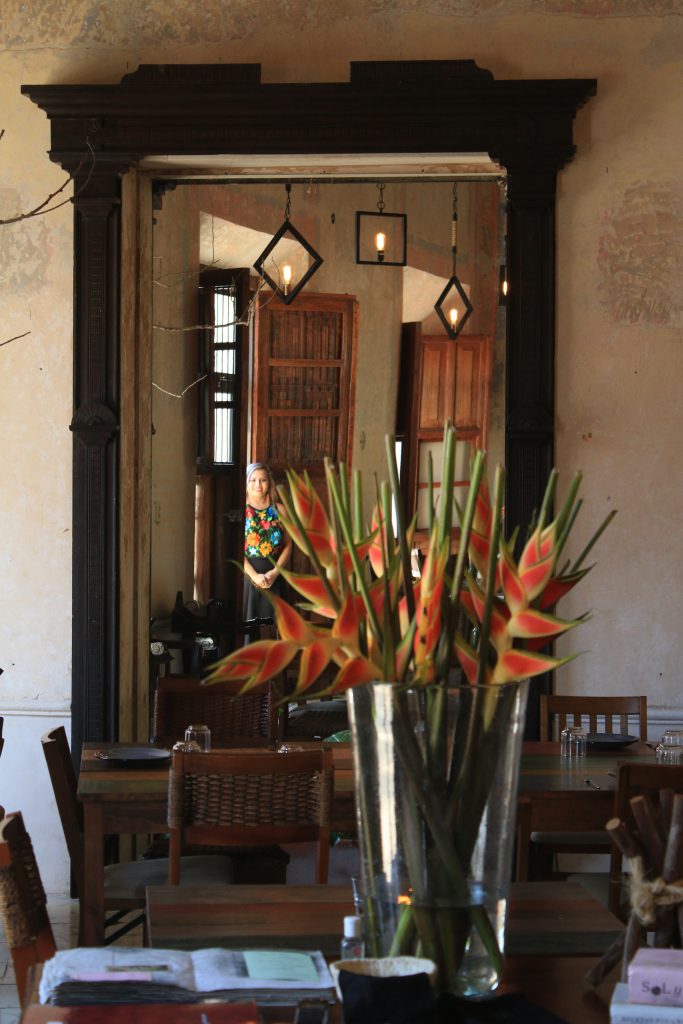 The room is beautiful, the flowers are real and the hostess is smiling 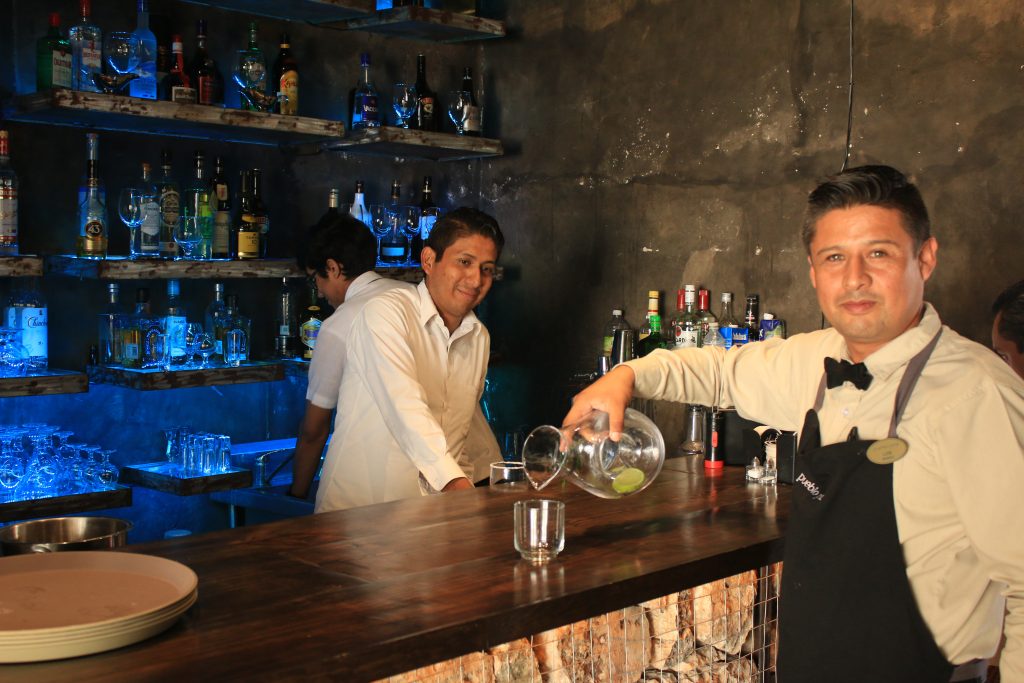 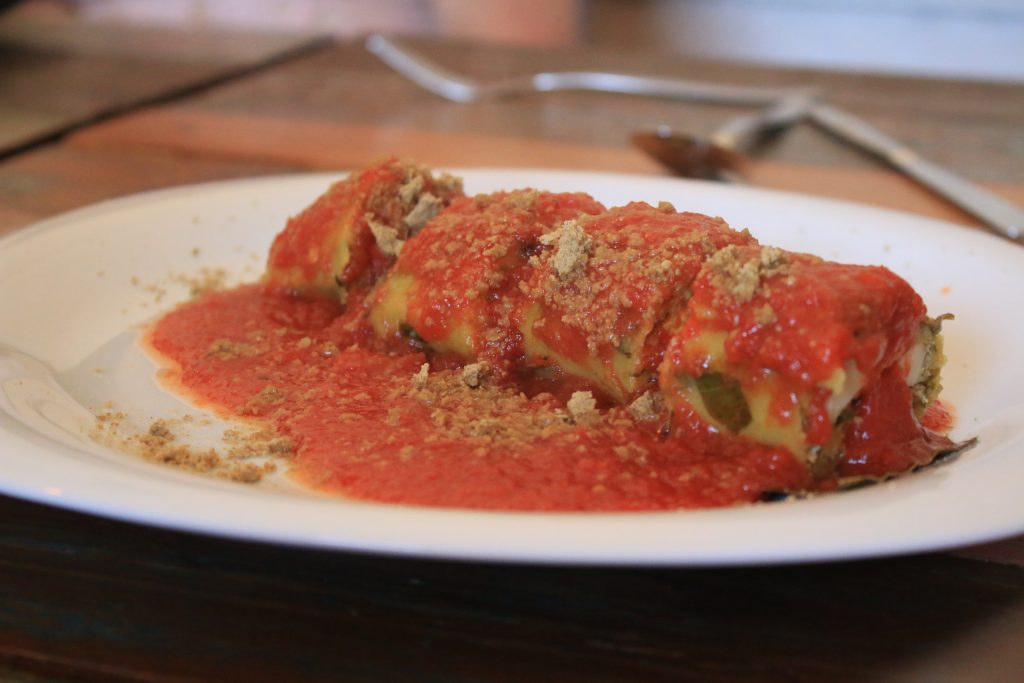 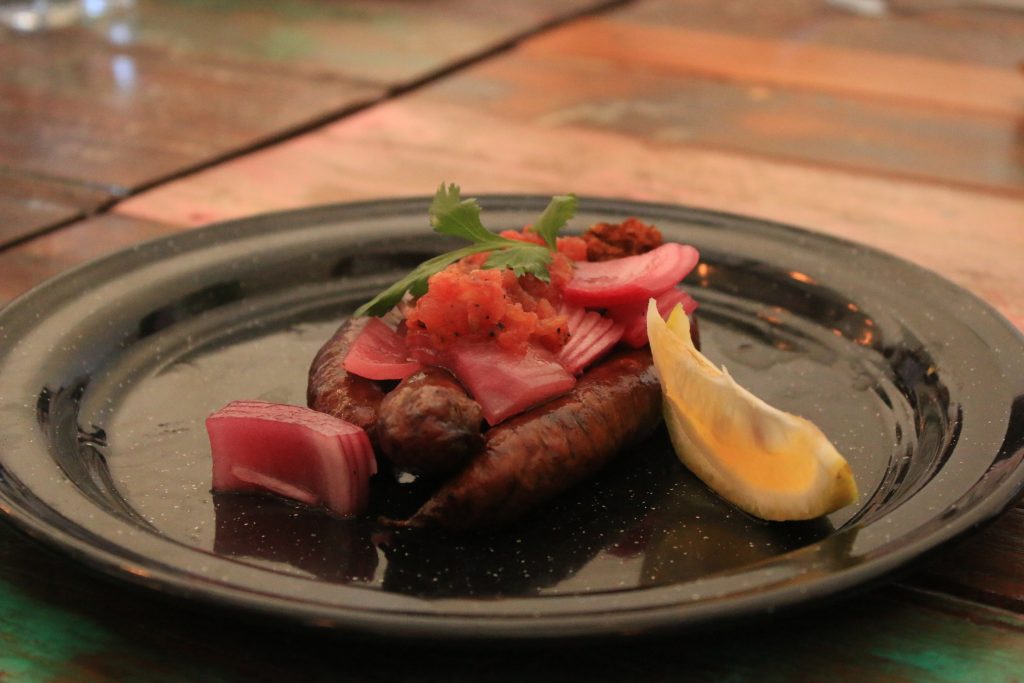 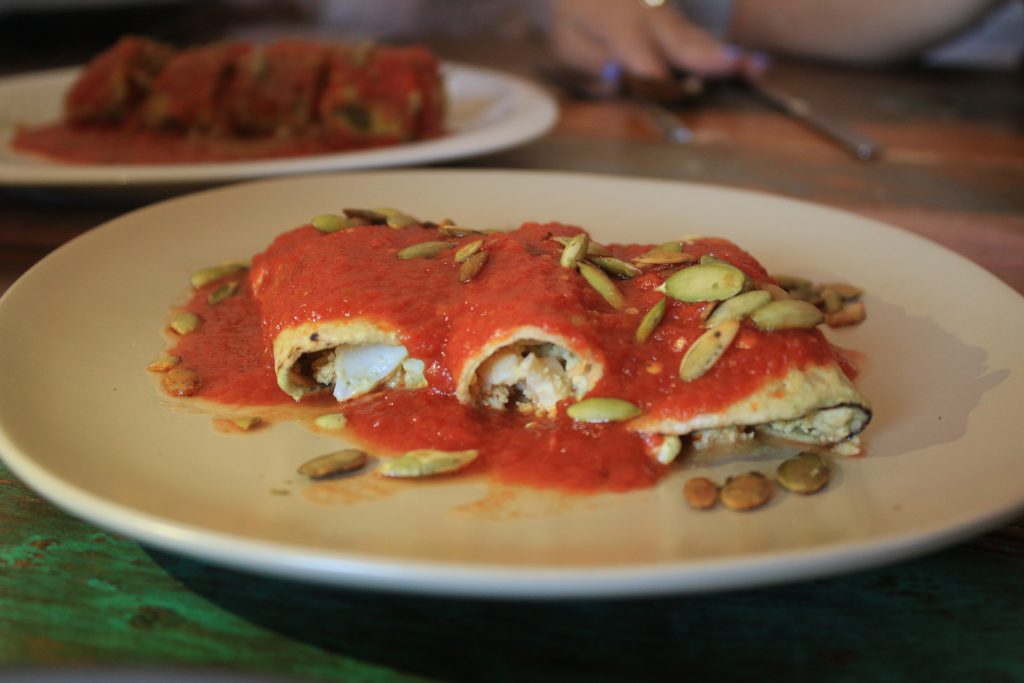 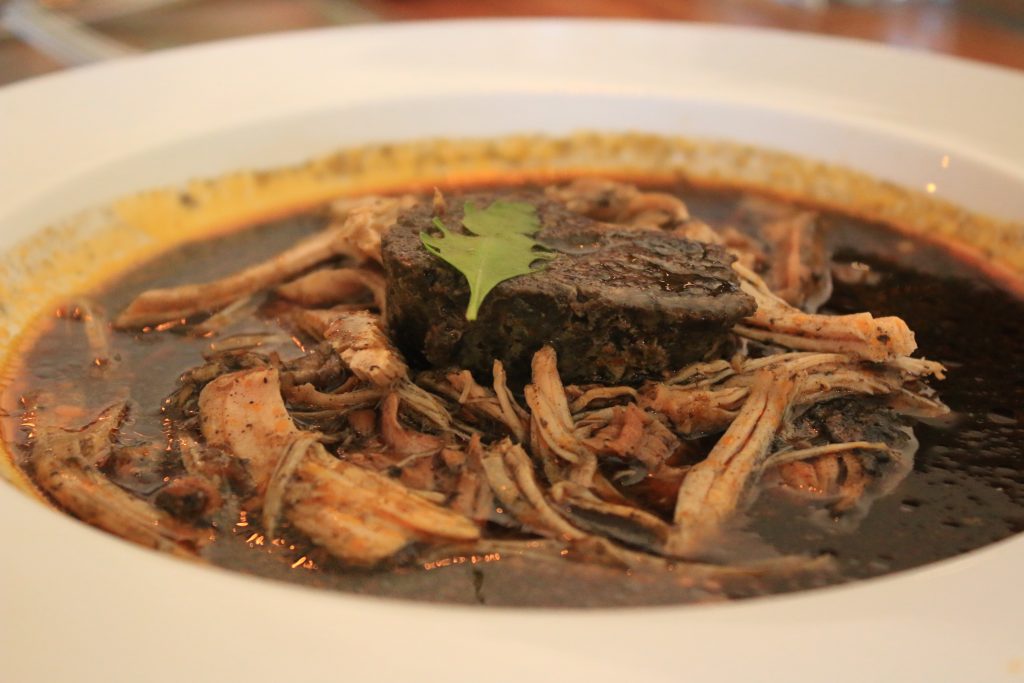 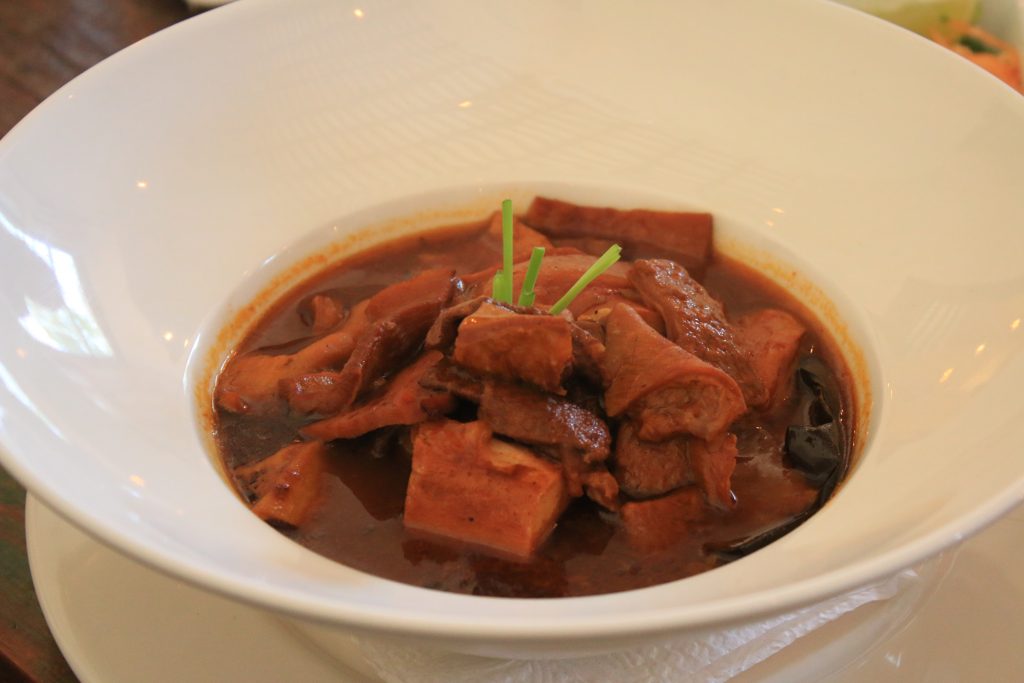 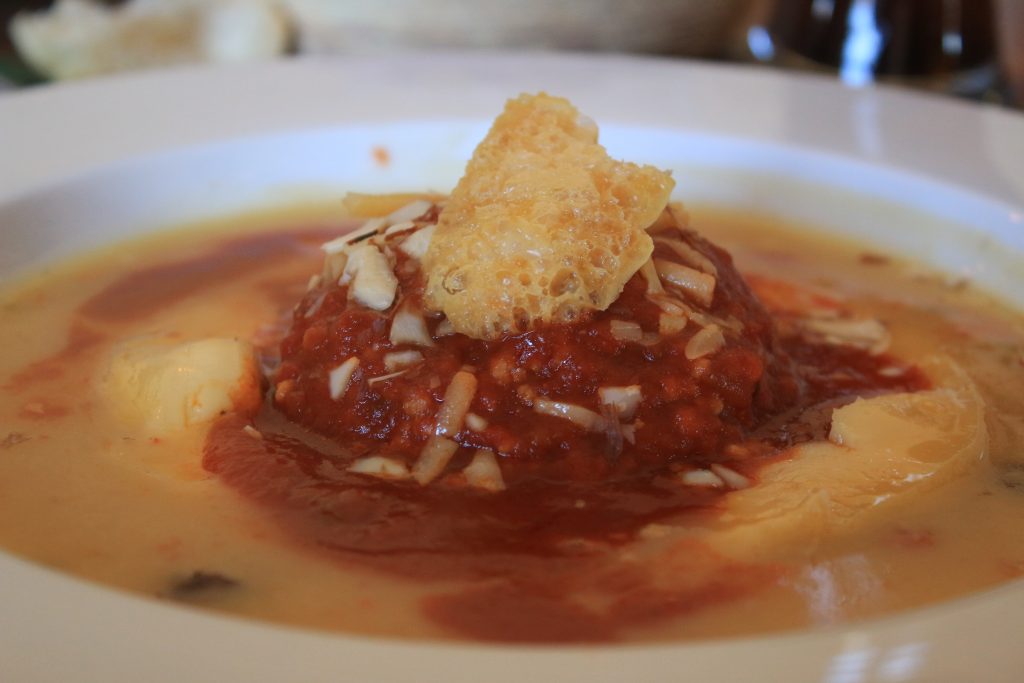