The Critic knows for a fact that many of the 19 readers of his ramblings have been – probably repeatedly – to eat at the market in Santiago, so he will just post a few photos of the delicious breakfast enjoyed recently in the company of the always charming Better Half and a group of amigos. 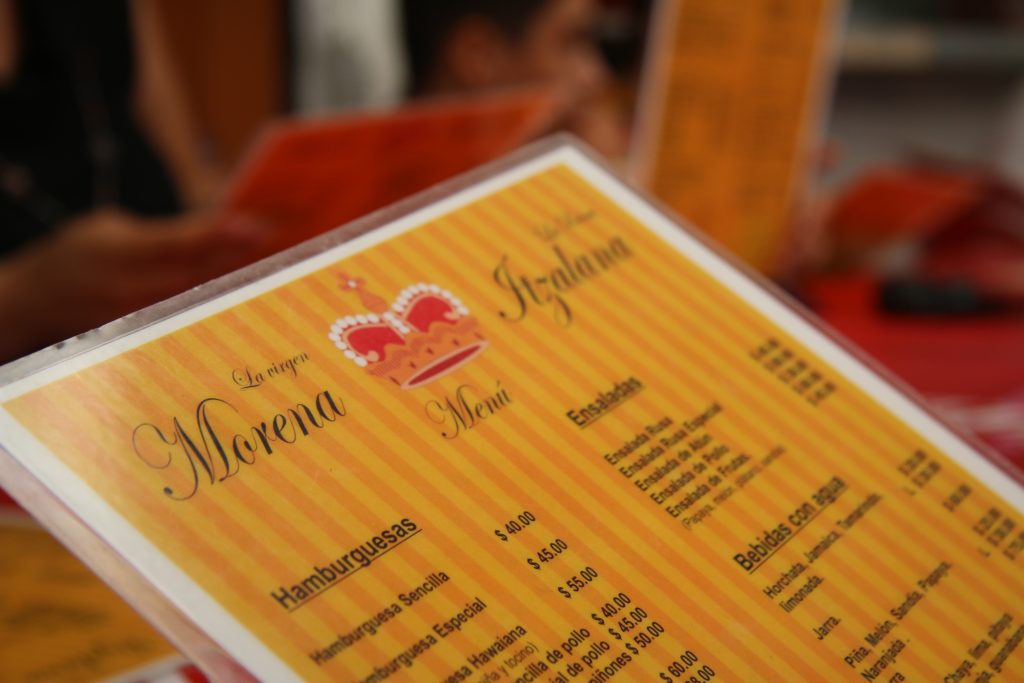 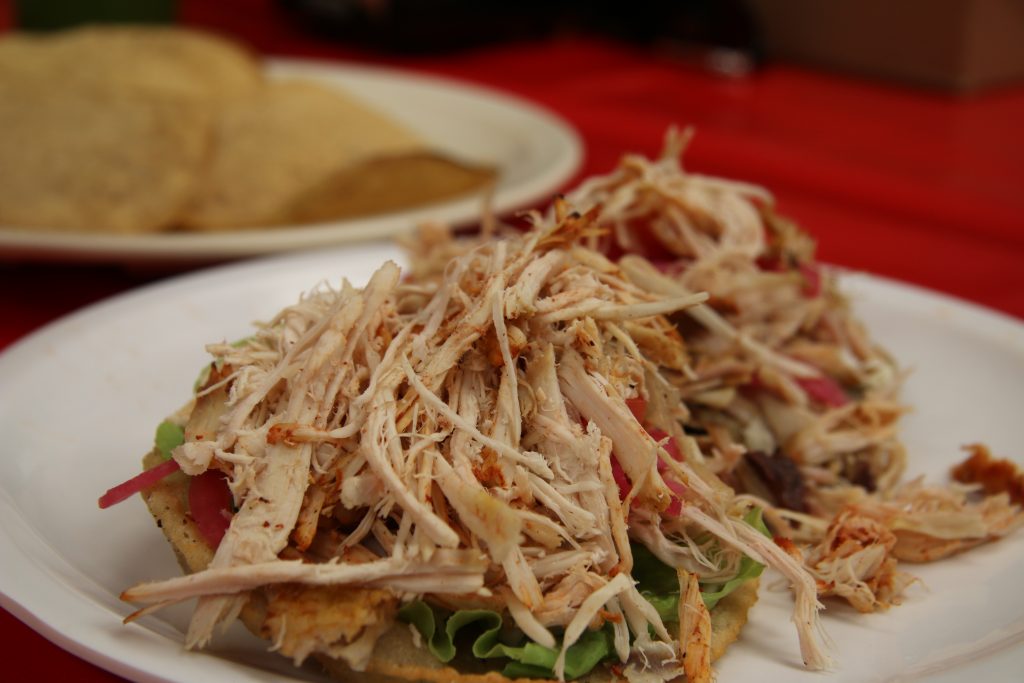 Salbut and panucho ‘especial’ which means a ton of turkey meat 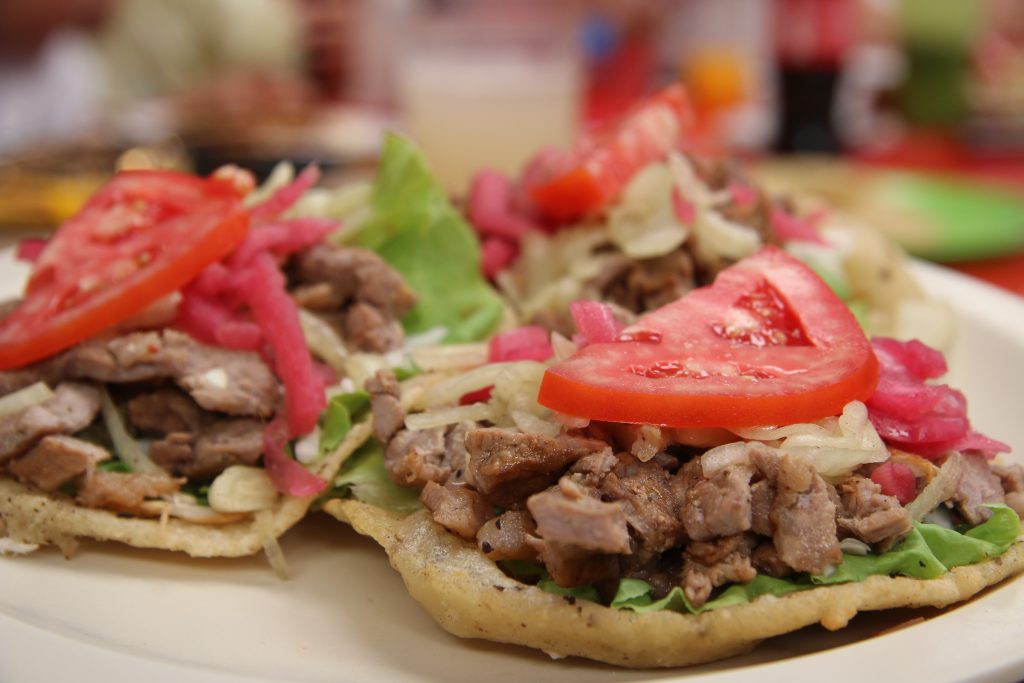 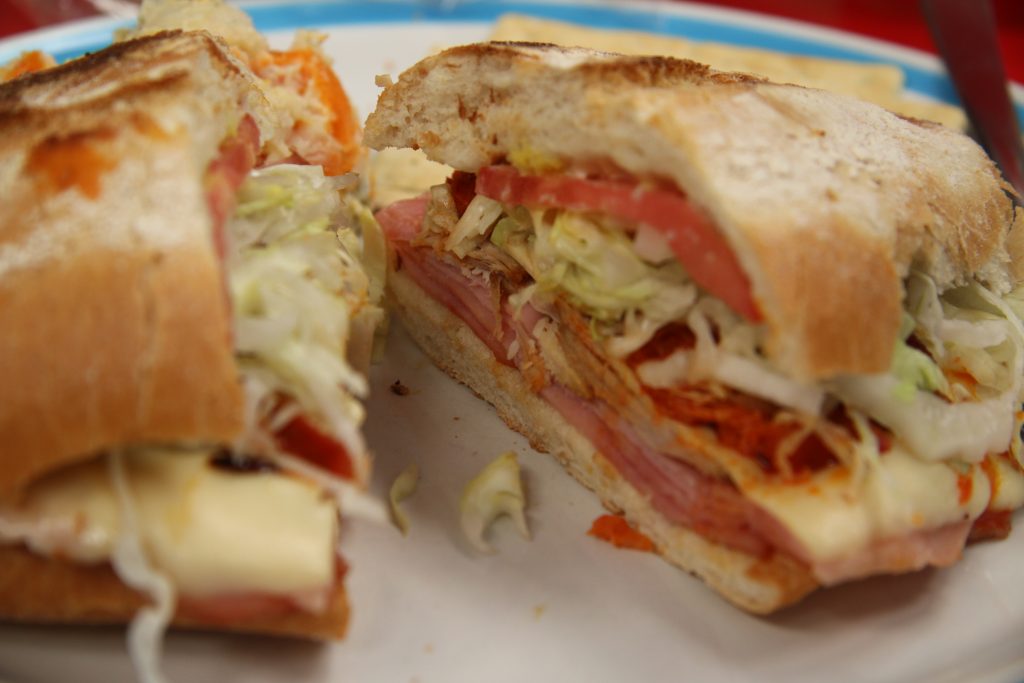 Torta Cubana, the only one with no eggs. The Critic is not a fan of things eggy 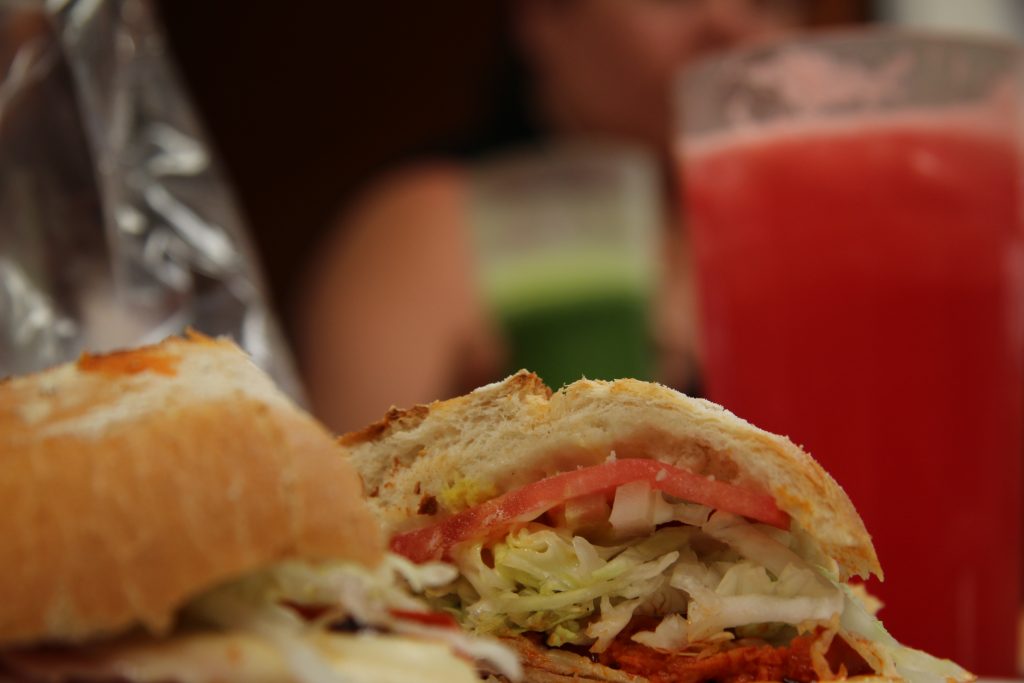 Torta cubana with agua de watermelon and chaya in the background 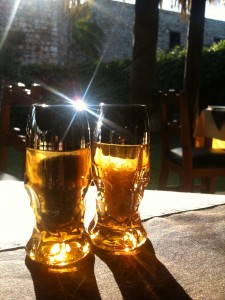 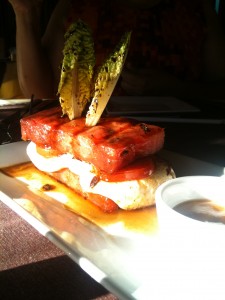 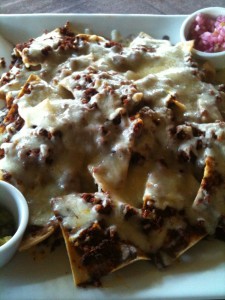 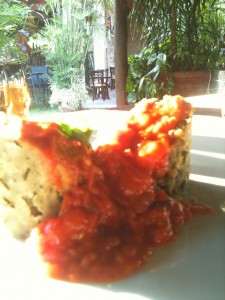 On his most recent visit to the best panucheria in the world, La Susana Internacional, located of course in the charm-challenged and very “real” Kanasin, the Critic once again accompanied his usual order of one panucho, one salbut, a half-caldo and a taco or two of chicharra, with the agua de chaya, which is – as many know – a spinach-like leafy plant grown on bushes in most real Yucatecans back yards and that is loaded with anti-oxidants which almost (but not really) makes up for all the fat ingested in those other menu items.

Pretty too, the way they serve it. 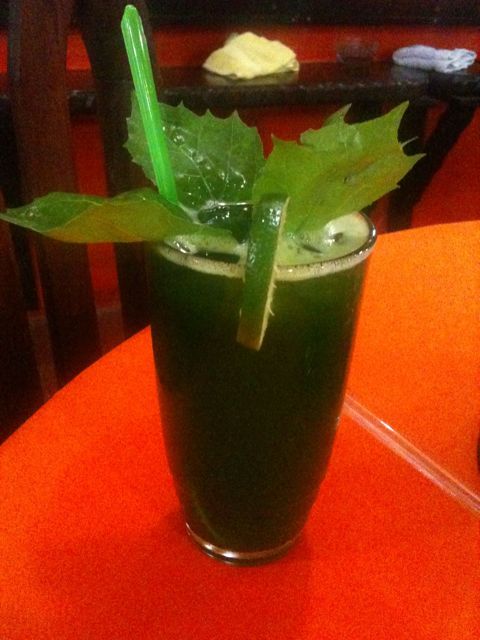