Inspired perhaps by listening to George Carlin reading his book, or my growing impatience as I get older, or the restrictions put on my free speech in an increasingly politically correct world, I feel the urge to let loose a little.

This post will perhaps remind early readers of my neurotic ramblings from over 15 years ago, when this blog morphed out of a print version of my thoughts, both positive and negative, on life in the formerly white city of Merida. For my Yucatecan readers, those who know me will acknowledge that not everything is perfect in this great city and those who don’t know me, will tell me to go home and worse. To the former, thank you for your realism, to the latter, go suck on an habanero chile: I am home thank you very much.

There are some important traffic routes in the city of Merida, of which I will address two, having just traversed the city from one end to the other on a Saturday: the avenida Jacinto Canek and the Prolongacion del Paseo de Montejo, both of which are a goddamn mess. One is named after a Mayan revolutionary, the other after the illustrious Spaniards that thought it would be cool to tear down the remains of the Mayan T’ho and build their version of a Merida in the new world. Both are congested disasters in terms of traffic flow and city planning.

First of all, there are no lanes. Three lanes become four, then two and then four again, without any warning and without any order whatsoever. Cars jostle for position and swing right and left, driven by people who apparently have received their driver’s license from a box of Choco-Krispis and without the faintest notion of how to operate a motor vehicle. If you are driving in a left lane, you will suddenly find yourself in a lane that is exclusively for left turns, no warnings. You, and a hundred other cars behind and in front of you, will then try to move into a right or center lane, avoiding the cars flying up alongside you and actually accelerating to prevent you from getting unstuck. Old people, older than me even, will straddle two lanes, completely oblivious to the concept of a lane and perhaps in their minds they are still in 1950, when traffic was much lighter and you could get away with such idiotic driving.

There are crosswalks, with their paint completely faded away, waiting for some brave soul to attempt a crossing; there are also raised pedestrian crosswalks that force you to come to an almost complete stop so as not to destroy your suspension. Interestingly, these are nothing more than elongated speed bumps or topes, since the crosswalks lead from one side of the street to a partially treed median, where there is no crosswalk and from where you are on your own, as there is no crosswalk leading from the median to the other side of the street. Who are the mentally-challenged city planners who come up with these designs, I wonder, as I ease my car over yet another giant obstacle in the road. Having any sort of clue is not a requirement for their taxpayer-funded positions, it seems.

Interestingly, the one place where there SHOULD be a raised crosswalk or – mínimo – some yellow paint, is on 60, at the Tecnologico. Here, students are constantly running across the street without any bumps to slow down traffic. I always marvel at the fact that nothing has been done here, when other streets feature these suspension-rattlers so prominently and in less-trafficked locations.

Turn signals on vehicles driven by the afore-mentioned Choco Krispi license holders are unused and vehicles sashay from left to right and right to left, the drivers left guessing as to where the lanes might be, as paint is obviously in very short supply and so whatever lane marker was painted a month ago has now been washed away

Traffic policemen, who may or may not have ever driven a vehicle of their own, direct traffic in such a way as to further make life miserable for everyone else, creating bottlenecks and traffic jams beyond anyone sane’s worst nightmare. The traffic lights, untimed and randomly switching from green to red and taking at least a thousand years to change, create further lines and congestion.

It can take you a solid 45 minutes to drive from say, 47 street and Montejo to the roundabout at Chedraui Selecto and the Gran Plaza mall. This roundabout, created by the same mindless planners as those in charge of the crosswalk tope, is a two and a half lane affair, funneling traffic from 5 lanes back into 4 to where Cordemex meets Costco. Then there is a further delight once you pass Liverpool and head into what is the area around the newest monster-mall name Via Montejo/The Harbor, where you will find a traffic light on a 3 lane road that does not align at all with the 3 lanes you will be taking once you get through the traffic light. If you are in the left lane, you must then force your way right and make that person in the middle lane also move to his or her right, often accompanied by much handwaving and horn honking. The engineers who design these roads should really face a firing squad for their complete and utter ineptitude.

In el centro there are plenty of one-way streets, where you will be happily driving along when suddenly you see oncoming traffic and realize that for a half-block section, the street has unbeknownst to you become a two-way affair.

On the Itzaes avenue, also called Avenida Aviacion or the street where the trannies gather at night, the same lane challenges and lack of paint make driving a treat.

I thank you, dear reader, for allowing me to get this off my chest. Happy and safe driving out there! 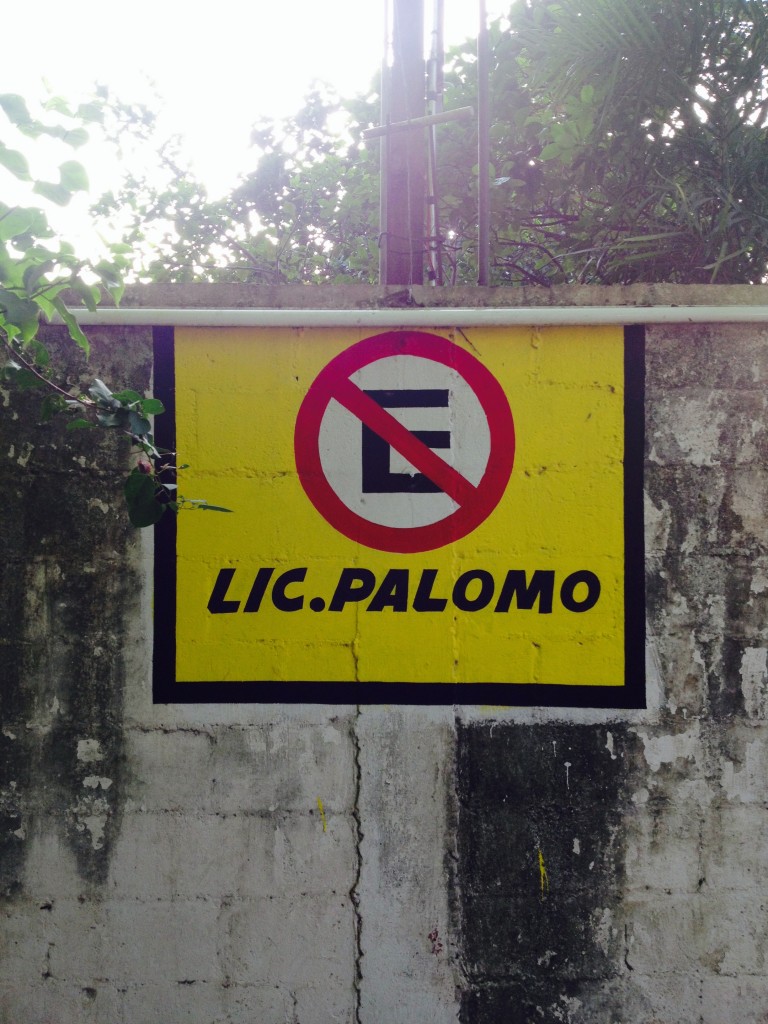