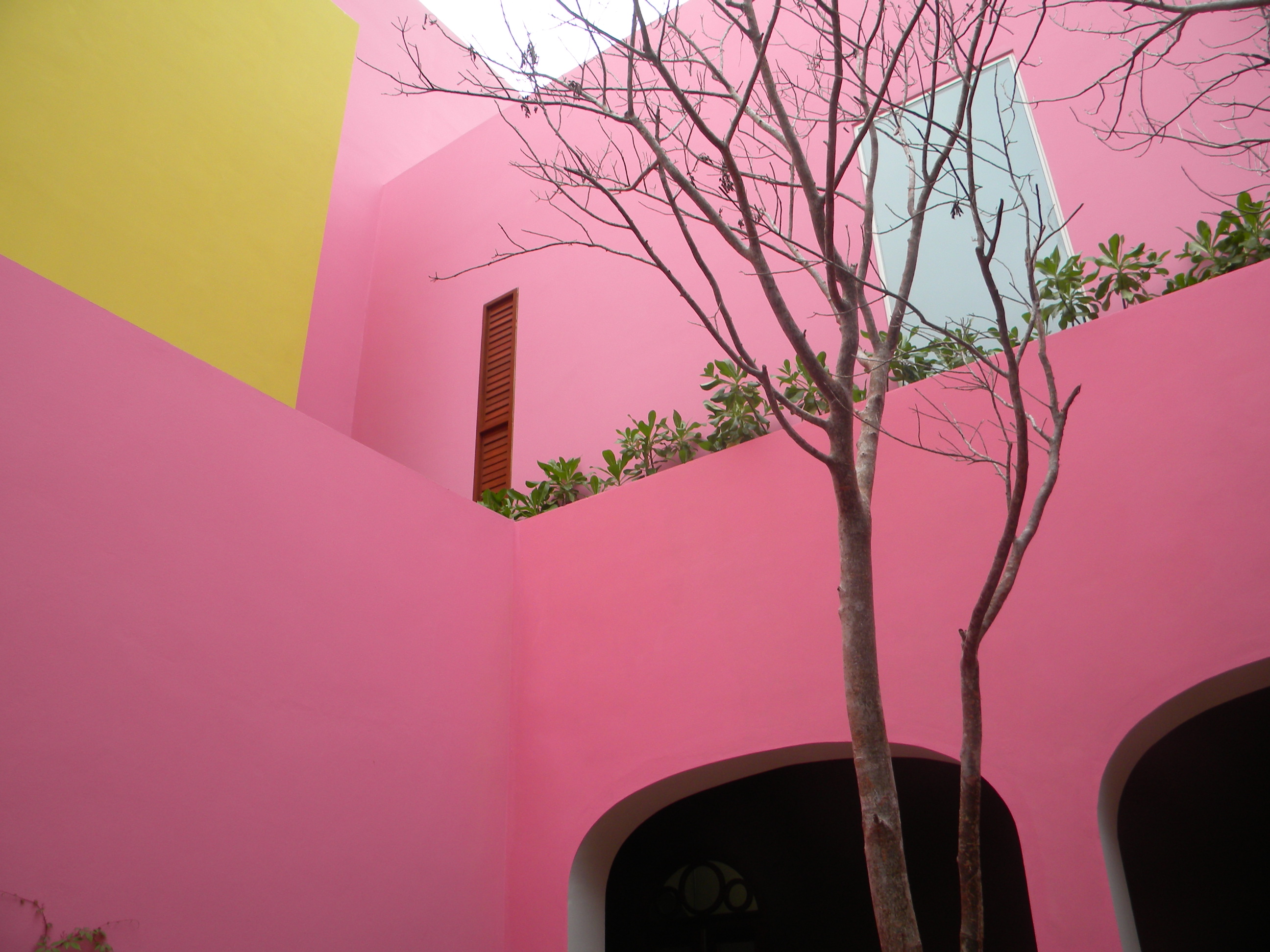 After getting such a good impression from their breakfast the other day (the review got lost on this blog as old stuff was imported from blogger.com – oops) and hearing nothing but raves, the Critic invited the always gracious Better Half out for dinner at Rosas y Xocolate.

It was a Saturday so the Critic called ahead to reserve a table for two. “Inside or out?”  Inside, since it was a bit ‘chilly’ by Yucatecan standards. A few moments later, a phone call to inform the Critic that the restaurant was full inside; would the interior patio be OK. Fine. Packed an additional layer of warmth and off to dinner!

Upon arrival, a hostess at the door either didn’t understand the Critic (he mumbles occasionally) or was so distracted by the amount of people inside that it was not immediately clear that she knew about the reservation. Another hostess-like person appeared and took the Critic and BH to a small table for two in the interior patio area, where a lovely, quiet breakfast had been had before.

However, this Saturday night the place was far from quiet; Rosas y Xocolate was packed, and not just with tables of 2 or 4; most were tables of 6 to 12 people, raucously celebrating perhaps their good fortune at having been born into the ‘haves’ category. Waiters ran this way and that, trays in hand while the hostesses moved among the tables with their arms behind their backs, seating people at the few remaining tables. The owner himself moved smoothly among the tables like a grey wolf, patting arms and chatting with his guests.

After about 10 minutes of sitting at the table, listening to what was obviously a talented singer doing the usual bar/lounge classics at a volume inappropriate to the space involved, the Critic and BH debated leaving since no one had actually acknowledged the fact that the table was now occupied. The Critic decided that it would be an interesting experience to see how long it took to get some service. Another 10 minutes passed before the owner showed up at the table to ask if everything was alright, at which time the Critic and BH mentioned that a menu or a drink would be a nice touch.

Watching the action, the Better Half noted that the staff were running around like ‘chickens with their heads cut off’.

To make a long story (and wait) short, it was 40 minutes before anything edible arrived at the table in the form of the restaurants’ homemade bread and this only happened because the Critic literally stopped a busboy passing by who has a tray of bread and some pats of butter.

The food, six appetizers chosen from the menu, was fantastic.

A duck salad, sauteed shrimp, fried octopus, beef carpaccio, palmitos and salmon chunks on crispy wontons were brought out in twos and each was exquisite, especially the octopus and the salmon.

But the service throughout was haphazard and extremely unorganized from what could be observed. Of particular concern was the cleaning lady who passed the table at least 7 times on her way to and from the bathrooms, wearing one white latex glove with which she apparently cleaned the garbage baskets in the bathrooms, and carrying everything from the mentioned waste baskets with toilet paper in them, fresh and or dirty towels depending on the direction she was walking, toilet paper rolls etc. BH commented that this was the first time she had ever seen something like this and was absolutely fascinated in an unbelieving and incredulous way that this could even happen in a restaurant of any caliber.

In short, Rosa y Xocolate is a fine place for dinner, but the Critic recommends not going on a Saturday night when the place is packed.