For your next party, do like the locals do and hire a taquero!

The Better Half organized a taquiza, which means, for lack of a better term, a taco party and for that you need a taquero like this one: Don Luis A Gil who provides you with delicious taquitos of great homecooked Yucatecan food. In todays case: relleno negro and cochinita.

Highly recommended by the Critic not only for the quality of his food, but for his amazingly friendly and gracious service. 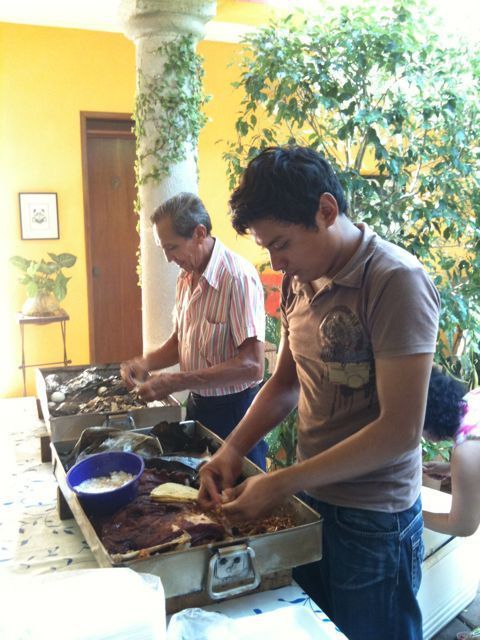 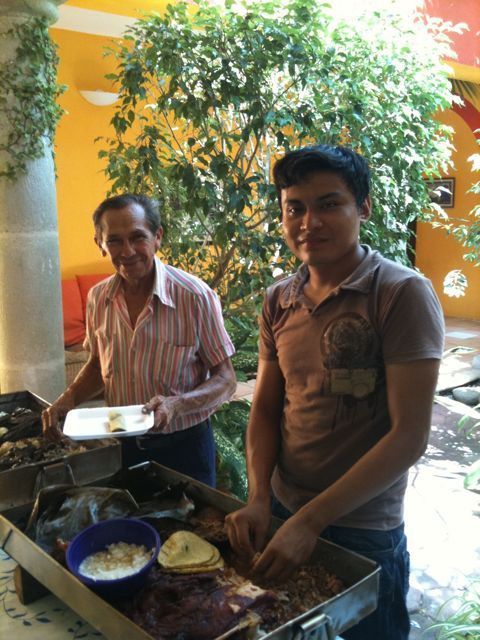 Not much of a review, but if anyone is in the Francisco de Montejo fraccionamiento, especially along Calle 50, you will see quite a few options for tacos and food in general; everything from Burger King etc. to El Panucho de Kanasin.

Last night the Critic and his Better Half were in the area, making time before the Harry Potter preview in the Siglo XXI (do NOT see this movie in Spanish, ugh) and it was decided that having a taco would be a good way to spend 45 minutes.

Past Los Taquitos de PM, where the Critic should have stopped, was this place; its’ name escapes the pre-Alzheimer Critic. There was the word Norteña or Norteño prominently displayed on the large sign that probably had the entire menu on it as well, in that typical taqueria advertising strategy used in Mexican signage. In the interest of diversity, since the Taquitos PM has already been reviewed, the Critic decided to have that taco here.

Semi-outdoor white plastic tables in one area, along with other higher tables with stools in what looks like their original location, the Critic and BH sat under the head of a stuffed deer.

The waiter was so clueless that it was adorable and the food was fine. Chewy taco al pastor meat, melted cheese w/pastor meat that was not very melty in a dish they call the Fonduta.

The bill for 1 gringa and 2 tacos al pastor (2×1 promotion; you get two and four, respectively) as well as that Fonduta plus 1 jamaica, came to an astounding 102 pesos. Definitely a bargain!

Added bonus (or not, depending on your tastes) ; two girls played some acoustic music with a guitar and a djembe drum and then came around for donations, just like something you would see in Mexico City.

At a table nearby, the two couples at a table for four were asking the waiter for a menu so they could check their bill. One assumes that they thought their 211 pesos bill (the Critic looked as he was leaving) a little high. Gotta love stingy people.