Not much one can write about the enormously popular Cheesecake Factory is there? Most of my readers are probably familiar with the concept, very close if not identical to the Chili’s /Fridays idea.

The Cheesecake Factory is consistently decent. And always crowded. And they do have a great selection of totally over-the-top decadent cheesecakes. Which the Critic did not sample on this occasion.

As our Houstonian CookieMan puts it: “huge portions of overpriced mediocre food”.

The Critic wouldn’t be that harsh on the poor Cheesecake Factory. Maybe it’s not the “gourmet” experience, but it is a reliable place to have lunch or dinner. Many so-called upscale dining spots in Merida strive – with little or no success – to attain this level of consistency. Maybe that’s what makes them interesting…

In the photos: fried cheese balls (if memory serves the Critic right); some adventurous (for this kind of restaurant) dates wrapped in bacon – very good; a taco salad; a greek salad; and a nacho close-up. 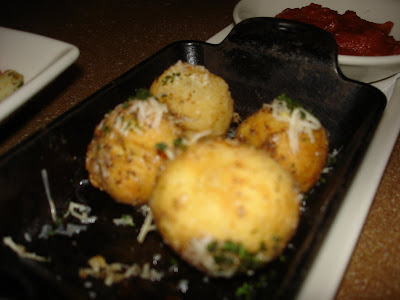 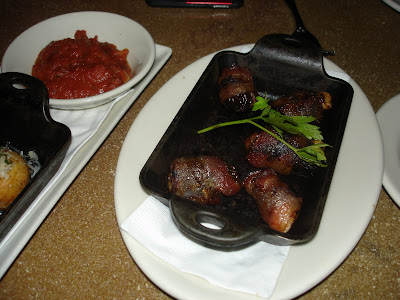 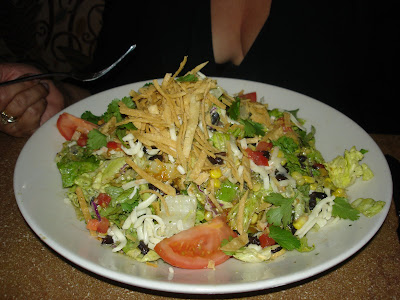 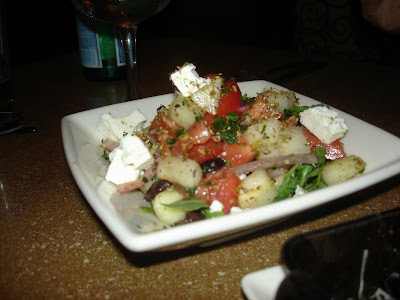 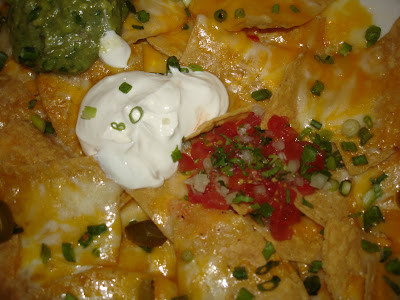