The Critic, having been spoiled by the cochinita of Yucatan and Spain (if you have eaten at El Segoviano in Meridas Mejorada Park you know what the Critic is talking about) can not get his tastebuds around the famous cabrito everyone talks about when Monterrey and restaurants come up in a conversation.  Cabrito, or baby goat, can be a dry, chewy, flavorless affair, especially if cooked too long or is from the box – frozen and then reheated – that you can buy in Mexico City airport. This was the only cabrito the Critic had tried and he was under the impression that he was chewing on some dry, dug-up remains of the Santa Elena mummies

The cabrito that the Critic had at El Gran San Carlos was a whole lot better; probably because it was cooked in-house and fairly recently and probably because the Critic was advised to order ‘paleta‘ instead of just ‘pierna‘. The pierna being the leg, supposedly more flavorful but drier and chewier (no kidding) while the paleta is the equivalent to our shoulder with a big hunk of meat that is a lot juicier and fattier than the meager offerings of the legs…

The meat was decent enough, but it just does not have any flavor; and so you smother it with the delicious salsas offered and that makes it a whole lot more interesting.

The other highlight of the visit to this restaurant was the introduction to the Critic’s Yucatecan palate of the ‘frijoles con veneno‘ (beans with poison) which are refried beans swimming in fat scooped up from another Monterrey dish called puerco asado (roast pork), topped with chunks of the aforementioned pork. Be warned: take your stomach acid blocking medicine before eating here!

1) the entrance to El Gran San Carlos;
2) Tostadas and hot salsa;
3) Frijoles con Veneno;
4) the local beer, Indio which you ask for like this: “Una Indio por favor” which just sounds so wrong;
5) Mollejitas, which are deep fried chunks of something beefy… the Critic will have to get back to you on this one;
6) The famous cabrito;
7) and 8: Desserts: Guayaba cake and Merengue with Ice Cream 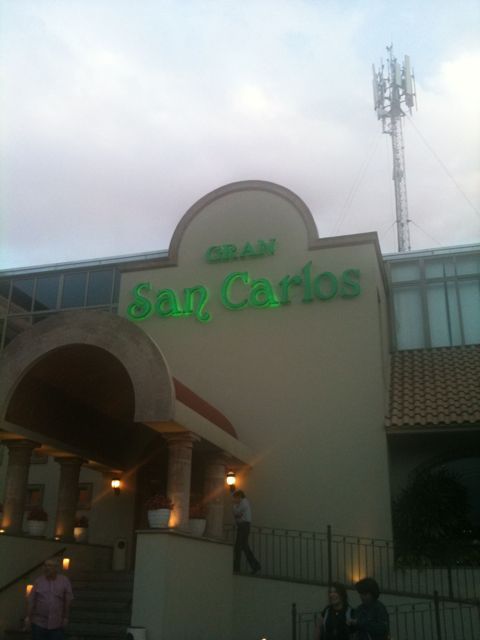 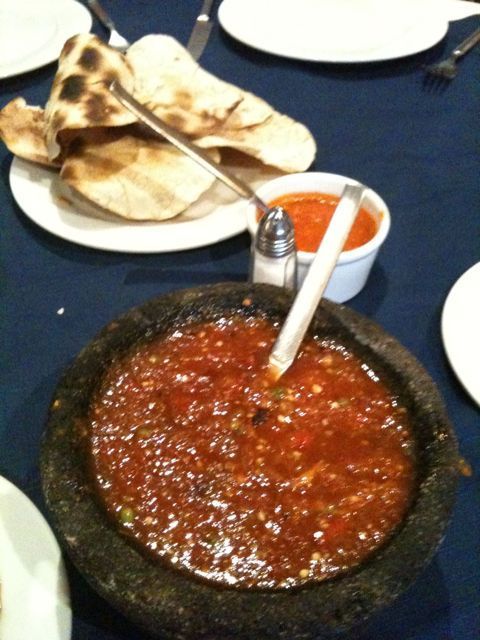 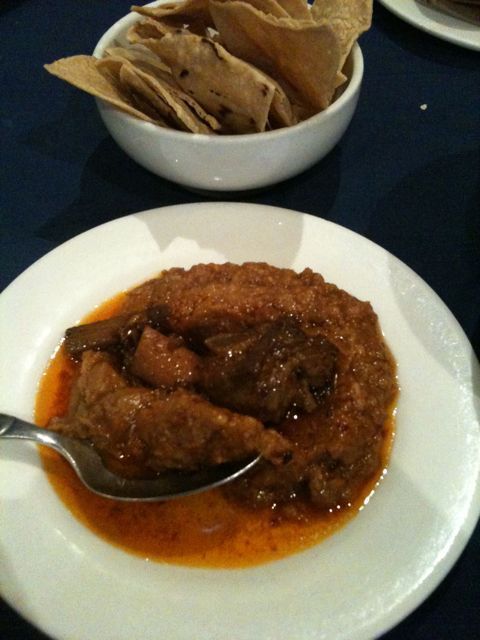 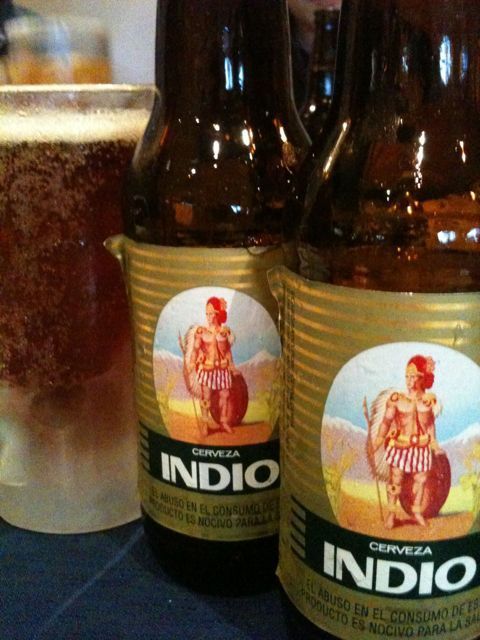 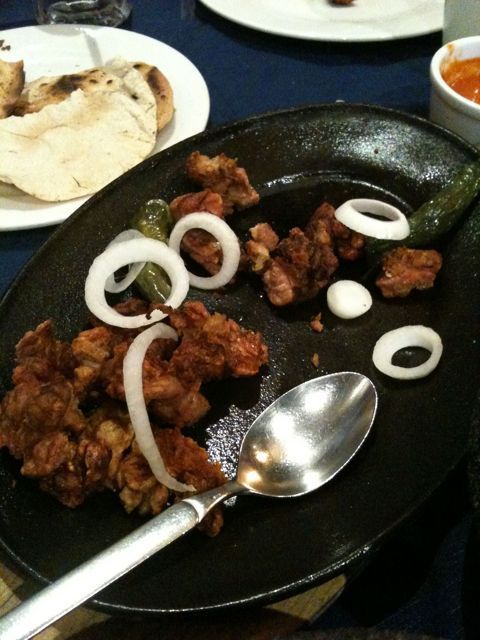 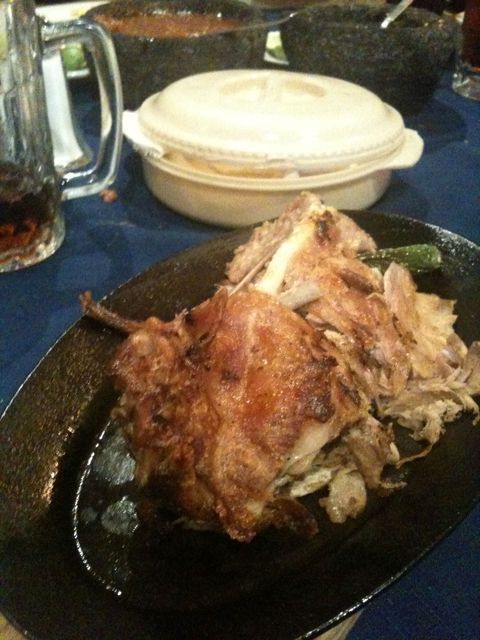 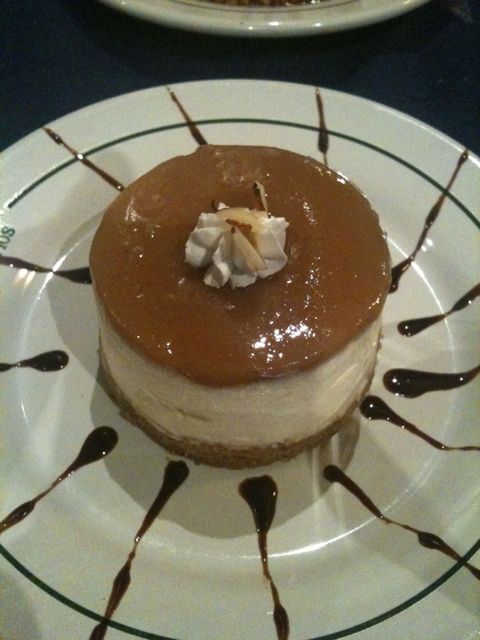 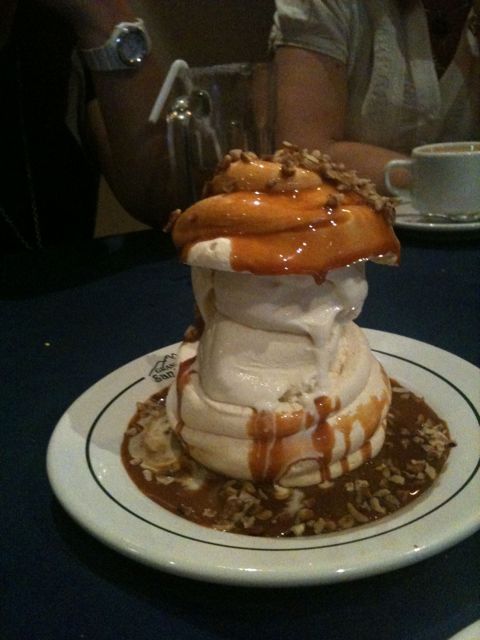