I am glad to not be the only person to be more than a little worried about Israel’s heavy handed, politically-motivated response to the cowardly Hamas idiots who insist on firing missiles at Israel and then hiding among women and children. They (Hamas) must be so proud of themselves now.

That said, it is a sad day for humanity when the elephant, finally tiring of the needle pricks constantly being inflicted on it’s backside by a a few rogue elements in the cage they have built for their neighbors, decide to run amok and destroy the entire contents of that cage. Imagine all the inhabitants, scurrying from one place to another within in that cage, with no place to hide, being systematically trampled by the enraged and completely deranged elephant. 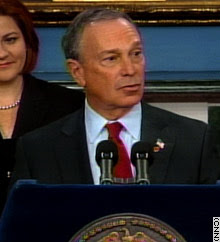 New York City mayor (and aspiring presidential candidate, according to some rumors out there) Michael Bloomberg, in a statement that can only be described as sucking up to his considerable Jewish constituency, maintains that the Israeli offensive is justifiable (I would suggest understandable but not justifiable) and the international law that prohibits this kind of blanket violence, citing the vast disproportionality, is irrelevant, once again showing how obtuse some Americans are, thinking that they are somehow above any silly international law.

His analogy, delivered in a CNN interview after a visit to Israel, which he may have though of himself, goes like this (and I quote): “if you’re in your apartment and some emotionally disturbed person is banging on the door screaming ‘I’m gonna come through this door and kill you” do you want us to respond with one police officer which is proportional or with all the resources at our command?” If you can hear this, note how condescending the tone of his voice becomes as he says this, as if he is talking to some 4 years olds who up until that moment, could not possibly fathom the depth of his understanding of the problem.

Well Mr. Bloomberg, it’s a good analogy but a stupid conclusion. In a situation like that, I would hope you would send in as many police officers as you thought necessary to apprehend and detain this emotionally disturbed person, not sent in a a unit of the 21st Airborne to bomb the entire building and kill the emotionally disturbed person’s entire family, as well as a few neighbors and probably destroy the building, thereby also weakening the structure in which your apartment resides as well.

Maybe Mr. Bloomberg should concentrate on New York City’s more pressing problems as a city and not go around offering such idiotic opinions on international events.

I apologize to those looking for light-hearted comments on the sanitary installations of the local bus terminal here in Merida; I promise there will be more of that soon! I just couldn’t resist commenting when I heard this on the news. And be forewarned: there will be some upcoming criticism of Mr. Obama’s cabinet selections as well, so you might want to avoid coming around in the next few weeks.