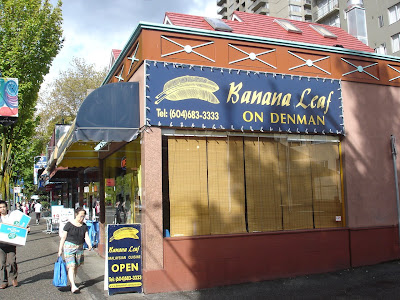 The Banana Leaf is one of several restaurants mentioned in the Best Of Vancouver book Better Half had the good sense to buy on the second day in the city. The Critic and his BH visited the Denman street location, an easy stroll from the downtown West End area and right on English Bay, so a stroll onto the seawall (or a small portion thereof) at Stanley Park is not out of the question. 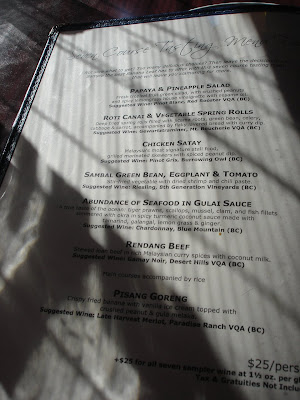 Instead of ordering off the menu, the Critic and BH decided to try the sampling menu, which featured about 4-5 dishes with a little of everything. The prices was great, the service was charming although there were some lulls between the different servings, but the food was, as the book had promised, outstanding; light, but not insipid; full of exotic flavors that appear briefly on your tongue like dancers on a stage, only to dart off again and make room for the next performer. 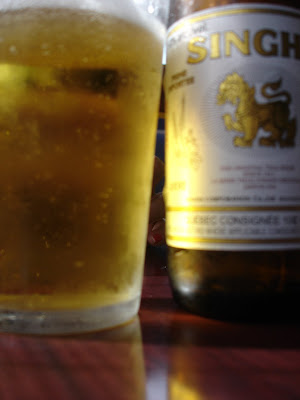 Washed down with an ice cold Singha Thai beer, this meal was a highlight in Vancouver. Highly recommended! 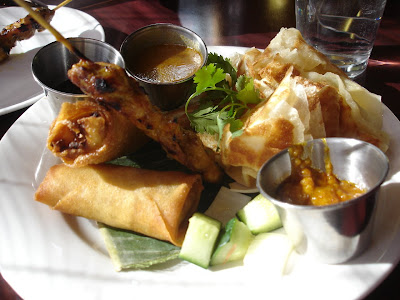 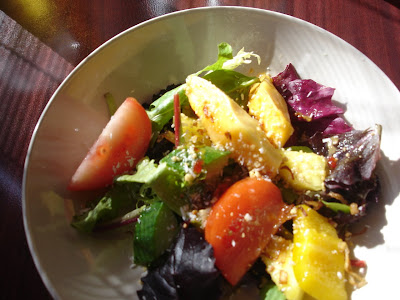 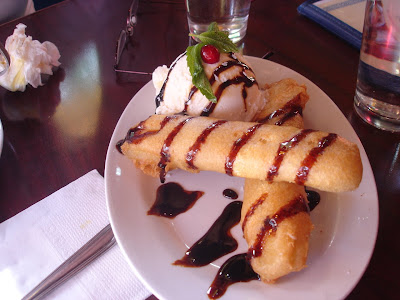