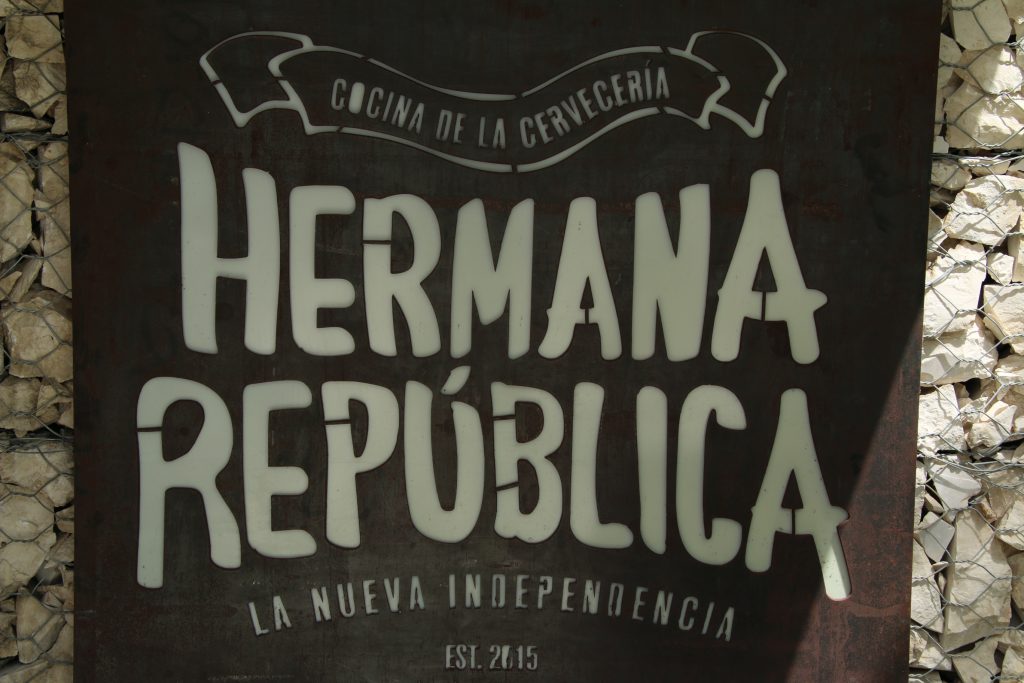 Just when you thought it was safe to visit a restaurant without some idiot snapping photos of every single dish, the Critic strikes again, camera in hand, to review the Hermana Republica on the Merida-Progreso highway.

If you haven’t seen it, you have been spending far too much time in El Centro de Merida, where admittedly the offerings have been improving and where the Critic does not often venture, what with the dearth of parking and the enormous amount of time it takes to get there from his casa.

The Hermana República (sister republic) is an affectionate term for the Yucatan, employed by long-time fans of an independent Yucatan and the occasional jokester who understands that the Yucatan is a different place from the rest of the República Mexicana.  The restaurant that bears this name is located just after the Xcanatun exit on the afore-mentioned highway and features a very large, very in-your-face Yucatecan flag flapping proudly. This flag was the actual flag used when the Yucatan was an independent state back in the day, separate from the hated waches and other foreign meddlers (except for International Harvester – that was alright)

But, and in the keeping of this long-standing blog, the Critic digresses once again.

You want to hear about the restaurant and the Critic can tell you without hesitation that the food is great! While Better Half had pork cooked with mushrooms and a delicious gravy that warranted ordering the excellent (really – excellent!) french fries to soak up the juice, the Critic ordered the pork ribs cooked in smoky adobe. To the side of the ribs was sour and crunchy esquite corn, sans cream thank god. Both dishes were fantastic. Five stars on the food. Again, just to be clear, the french fries are disturbingly delicious – the Critic had to have them removed from the table in order not to devour the entire generous helping.

Appetizers included the guacamole with chicharron and sikil-pak, which is a must for any restaurant flying the Yucatan flag so proudly. That was really the only ‘typical’ dish on the menu. No queso relleno, no poc chuc, no relleno negro. The truth is, no hacen falta. No need to duplicate what others are already doing, in some cases well.

There was also a trio of very fresh salsas: tomate verde, chiltomate and habanero. It’s been a while since the Critic had such fresh salsas; they literally dance on your tongue and don’t just lie there like a tomato-flavored piece of sock as is so often the sad case in many Merida restaurants. The tostadas too, deserve special mention. They are baked apparently, thick and smoky tasting, like in some pueblo – and anyone who appreciates such subtleties can not stop eating them.

Service is adequate and friendly with the usual quiet/shy/unsure component shining through ; the room is essentially a box but a tastefully decorated and well air-conditioned one so it feels cozy. The furniture is real, no plastic. 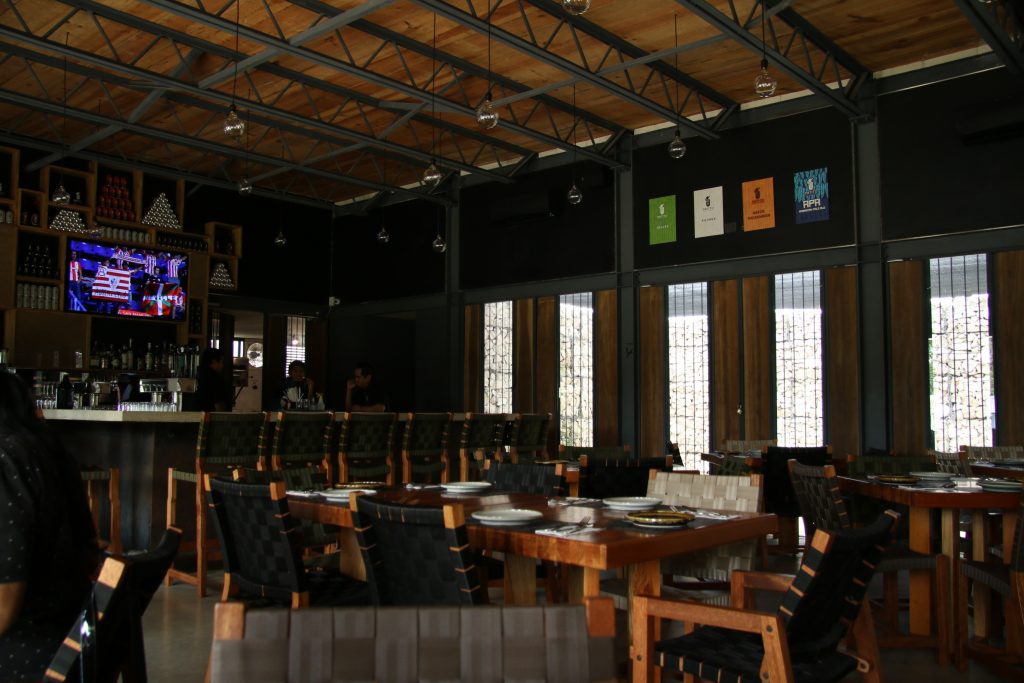 Skip dessert; the apple pie with vanilla ice cream was the choice but the pastry is too dough-y, which is overbearing and those poor apple chunks (and there aren’t that many of them) get lost in their heavy casing. It is warm though and potentially could be good with the ice cream on the side. Perhaps switch to a crumble? No photo because by the time the Critic remembered, the poor tart had already been jackhammered to death.

It should be noted that this is (out back) the actual brewery where Patito beer is made. You have heard of Patito beer? It along with Maneek and Ceiba are the microbreweries that are putting Yucatan beer making back on the map where it should be. So of course beer is highlighted on the menu also and one can order 2 samplers with four beers each (5 ounce glasses – you can do this) to try all eight varieties of local, microbrewed cerveza.  From stout and porter to Weizenbier, there is surely a cerveza for you here. Critic’s choice? Vanilla Porter and Belgian Blonde. Take a chew of a tostada between each beer to cleanse the palate.

Outside, there is a courtyard with wooden picnic tables and a row of food trucks that start up in the evenings, creating a biergarten atmosphere, hidden just a few meters from the busy highway. No retenes either out this way! 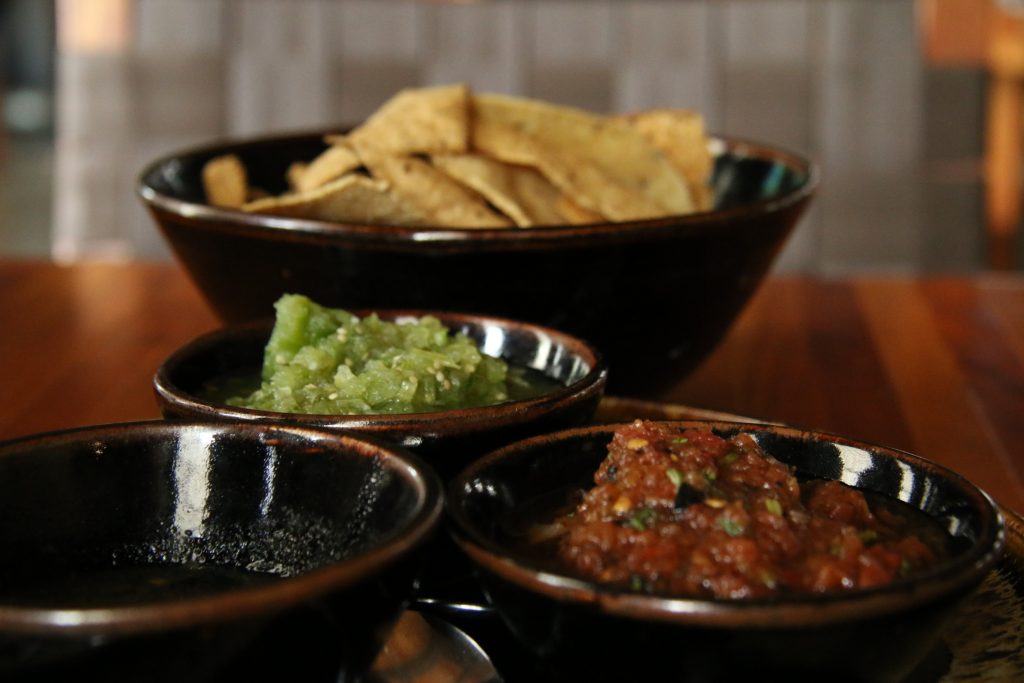 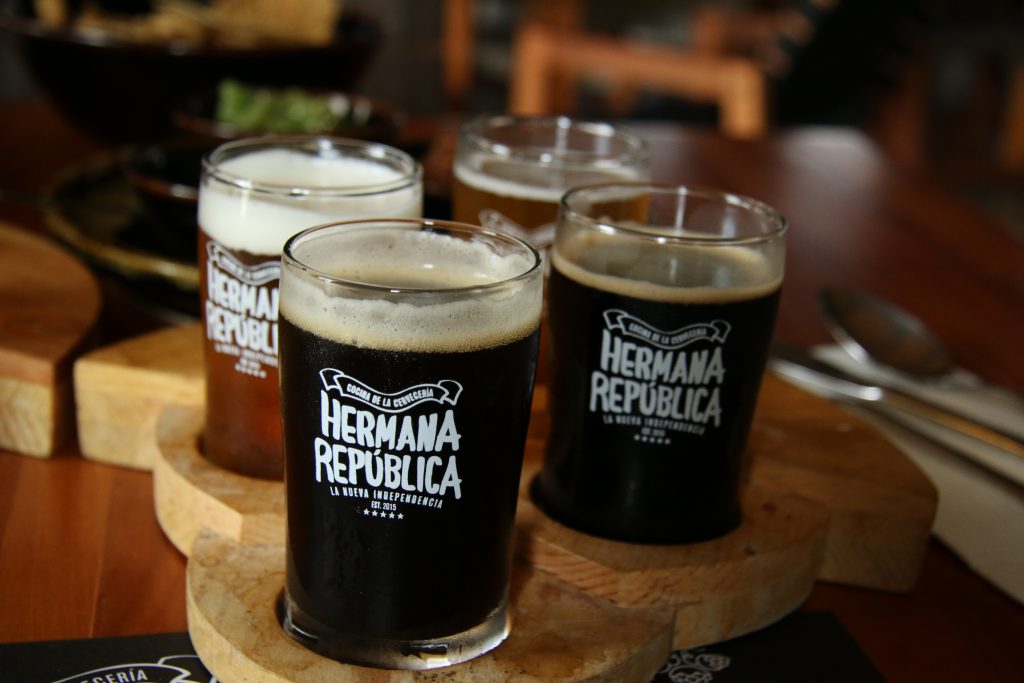 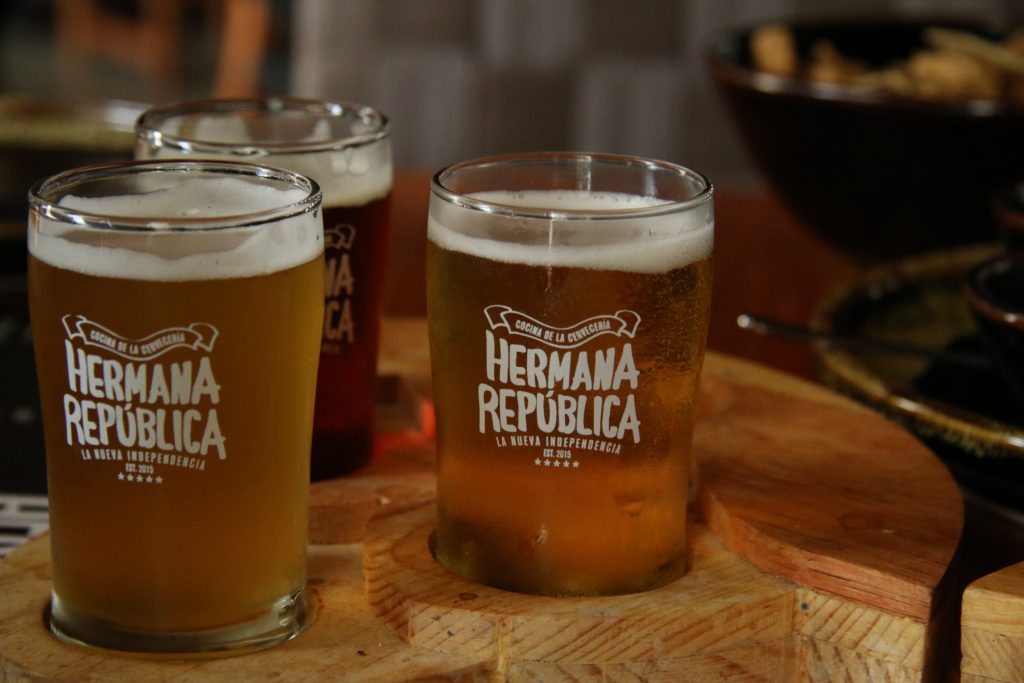 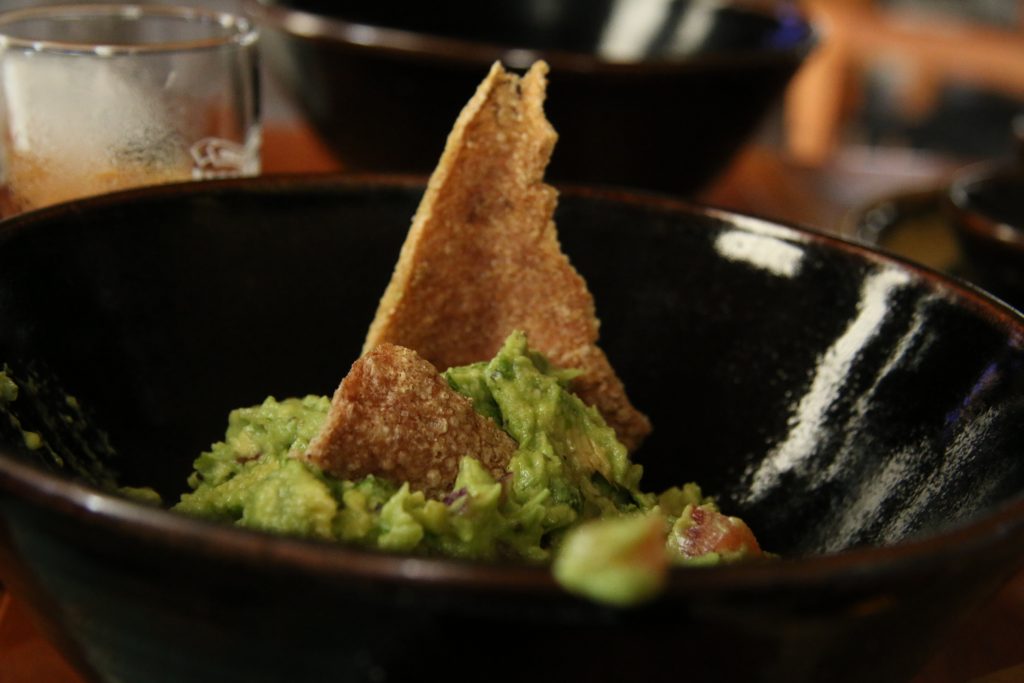 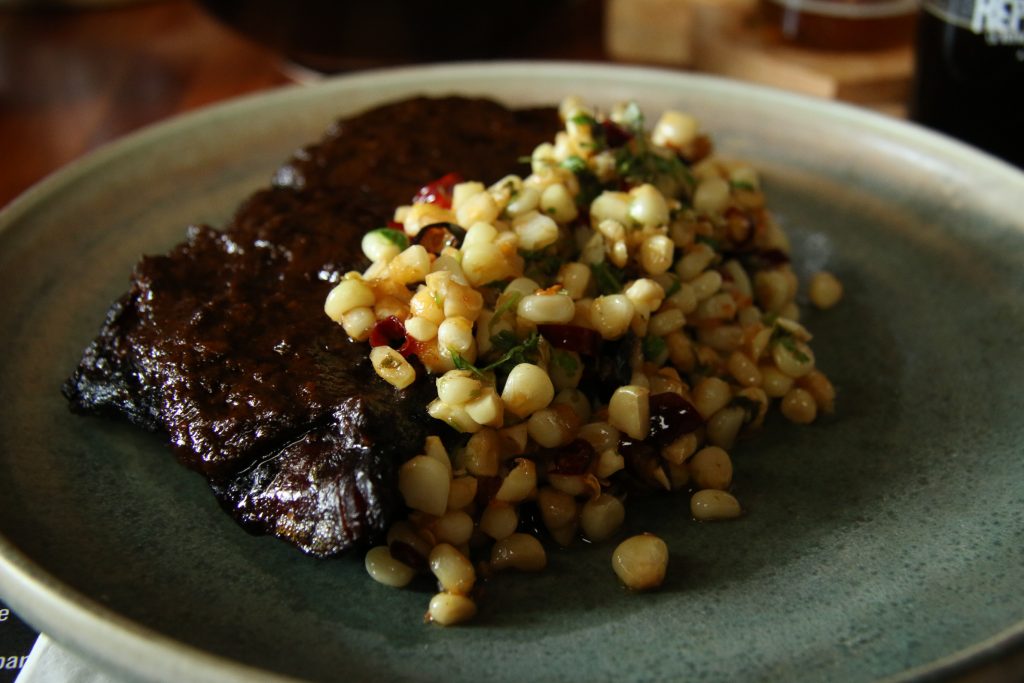 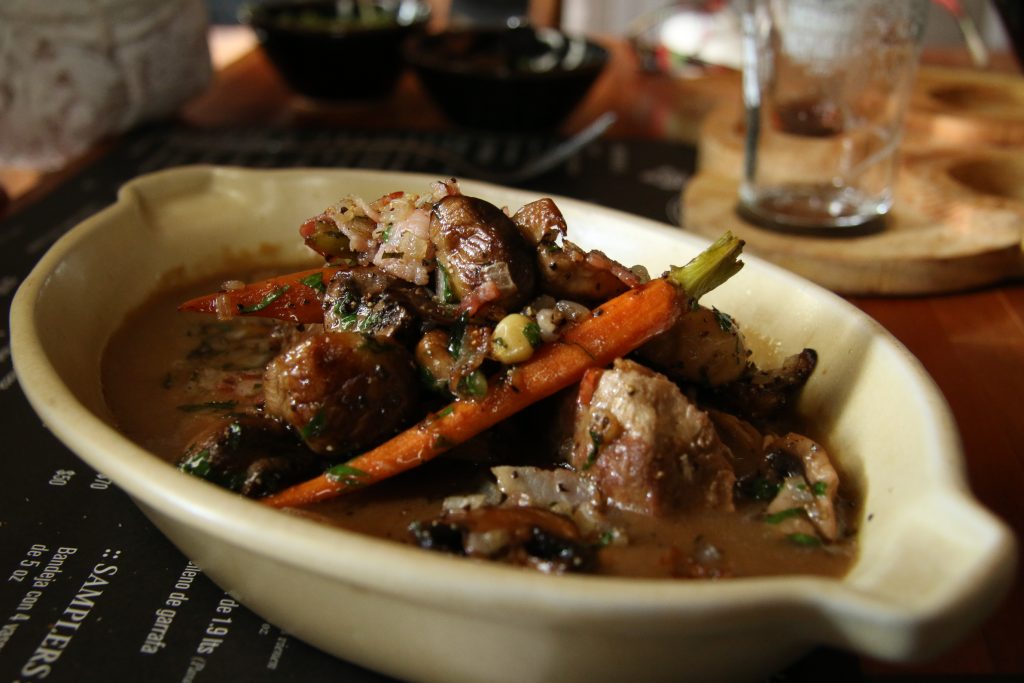 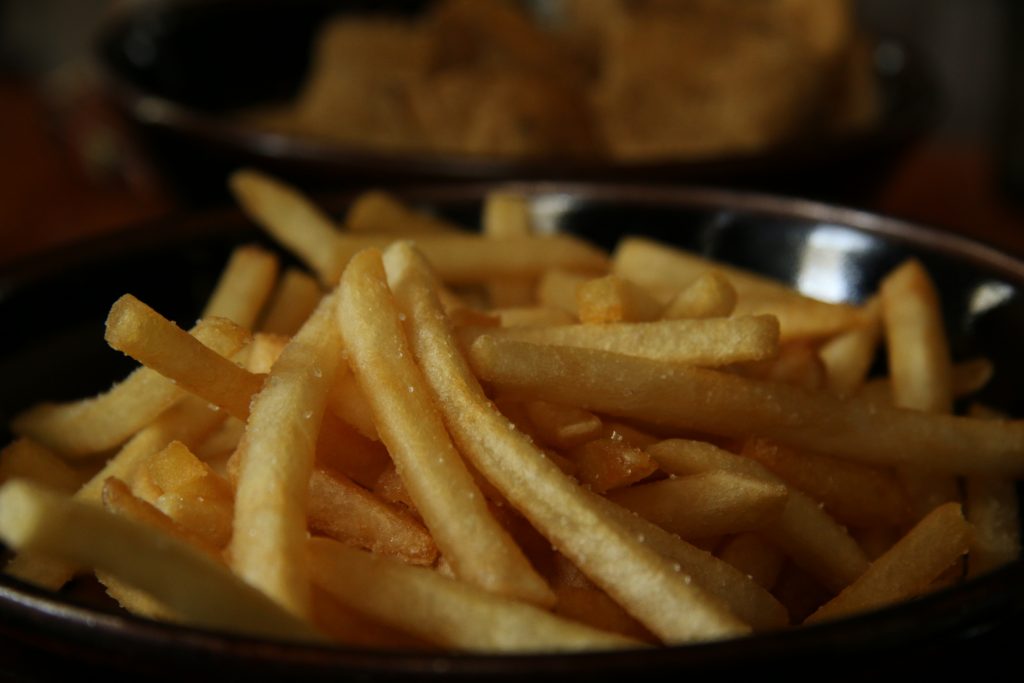 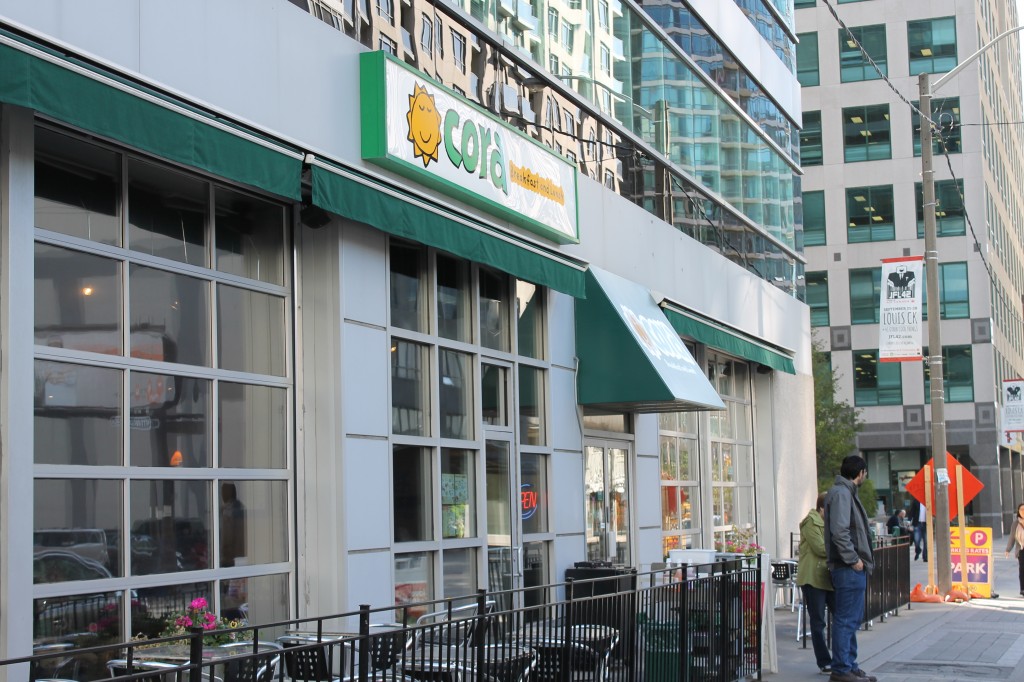 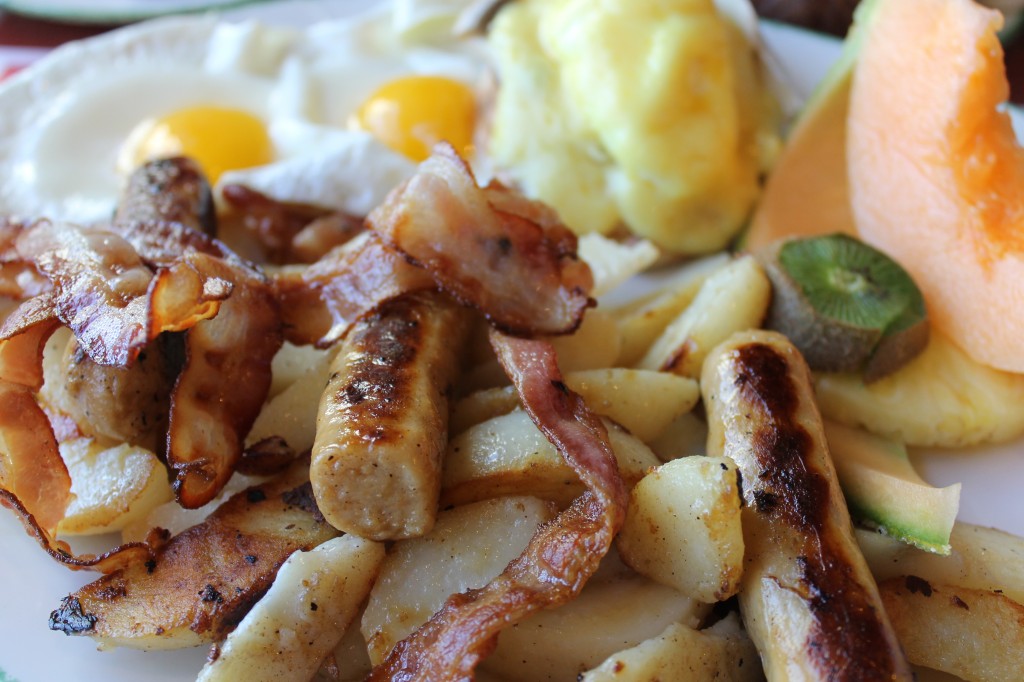 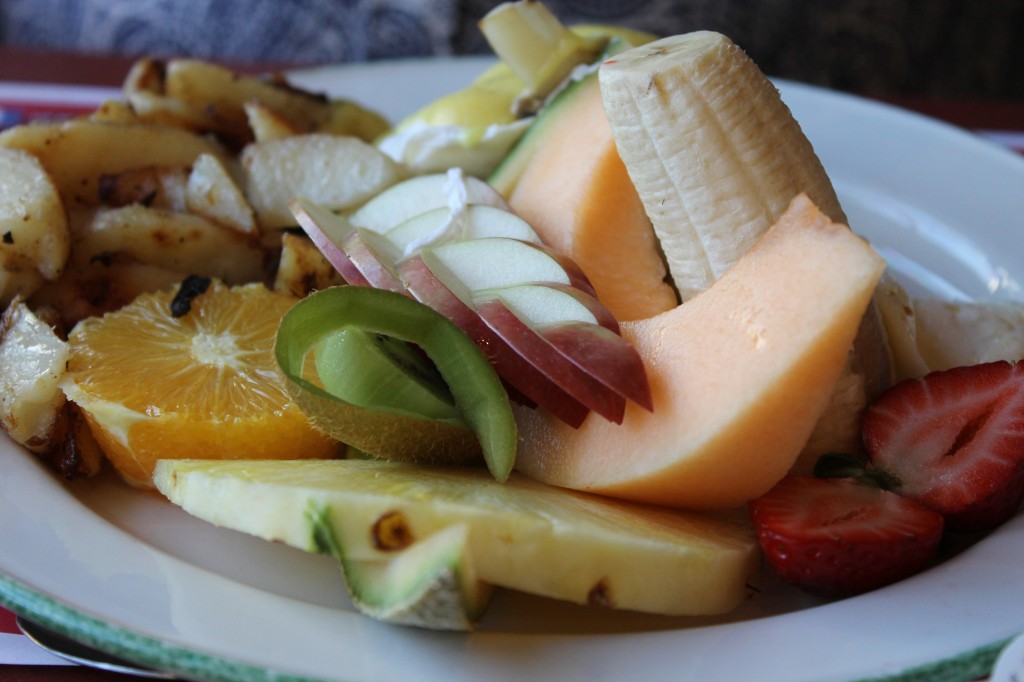 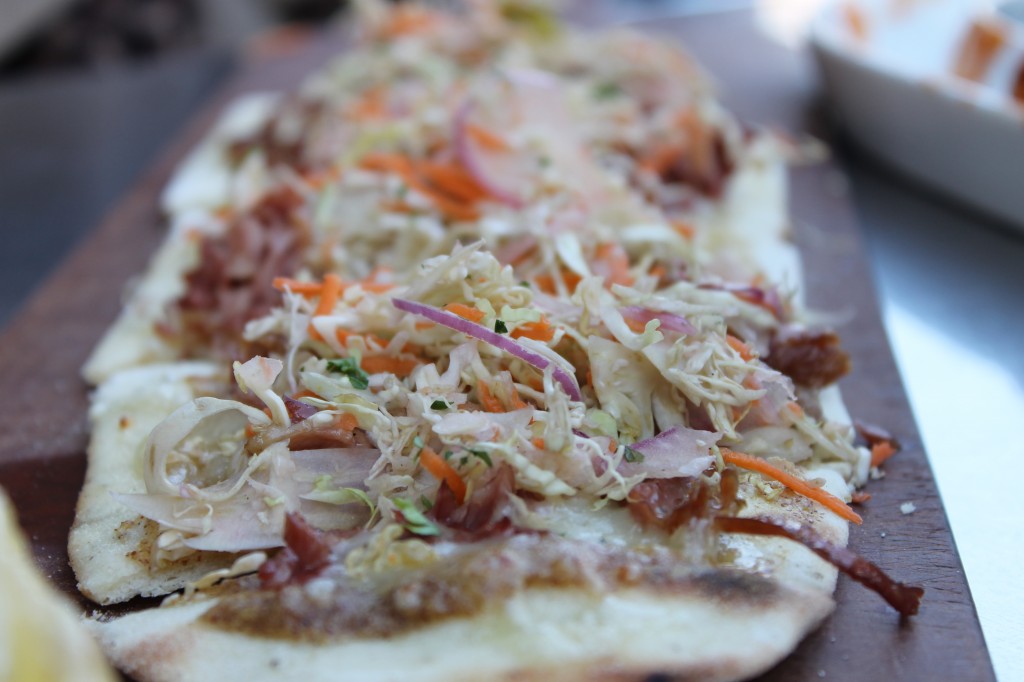 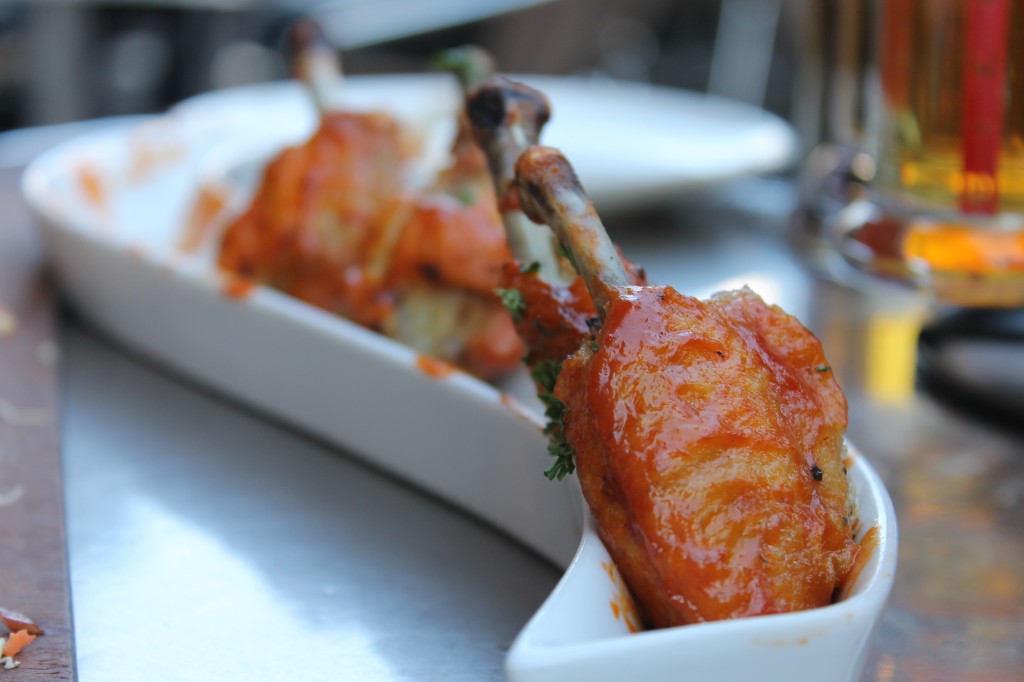 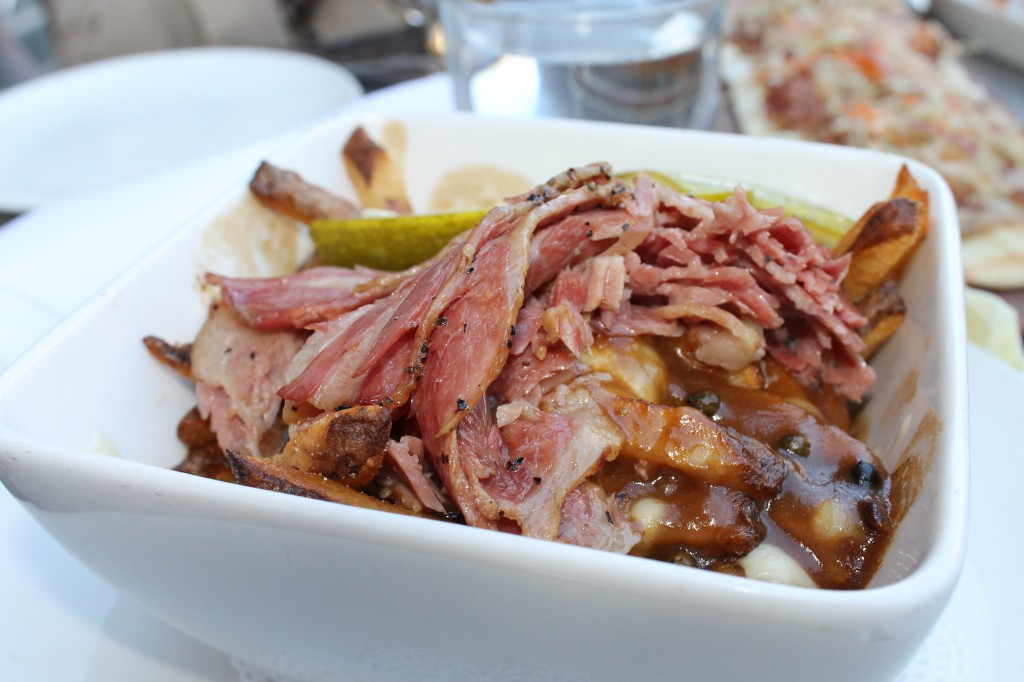 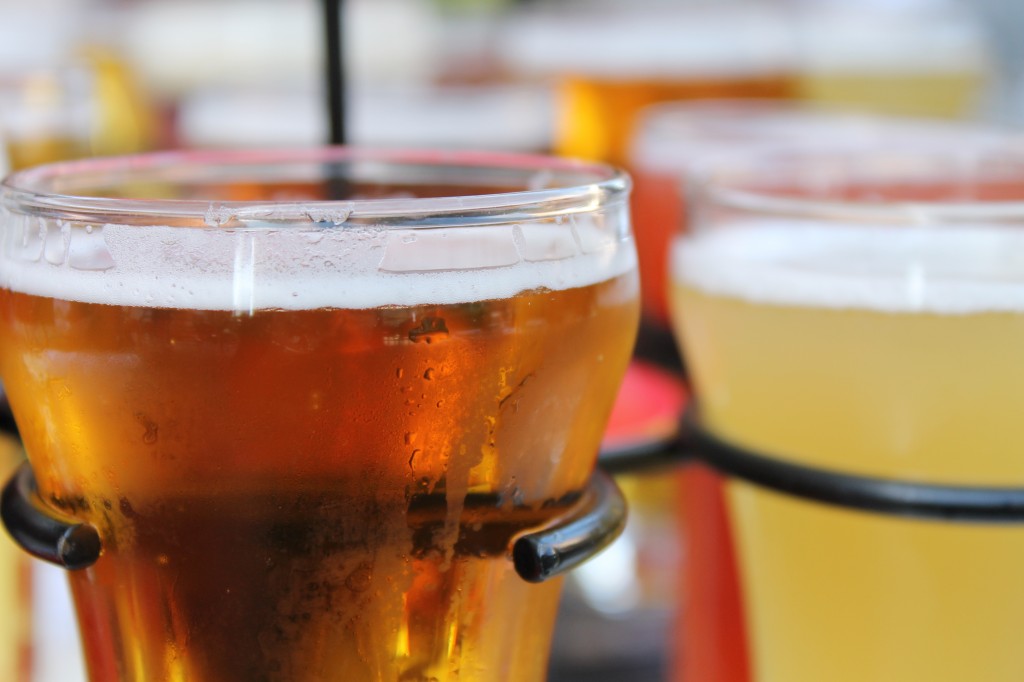 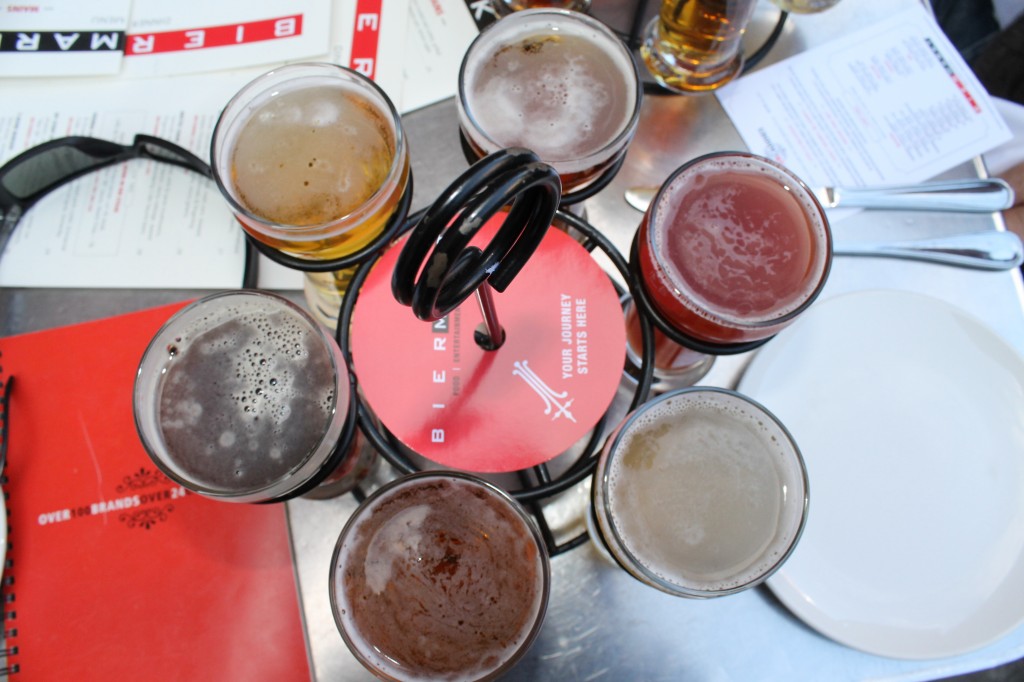 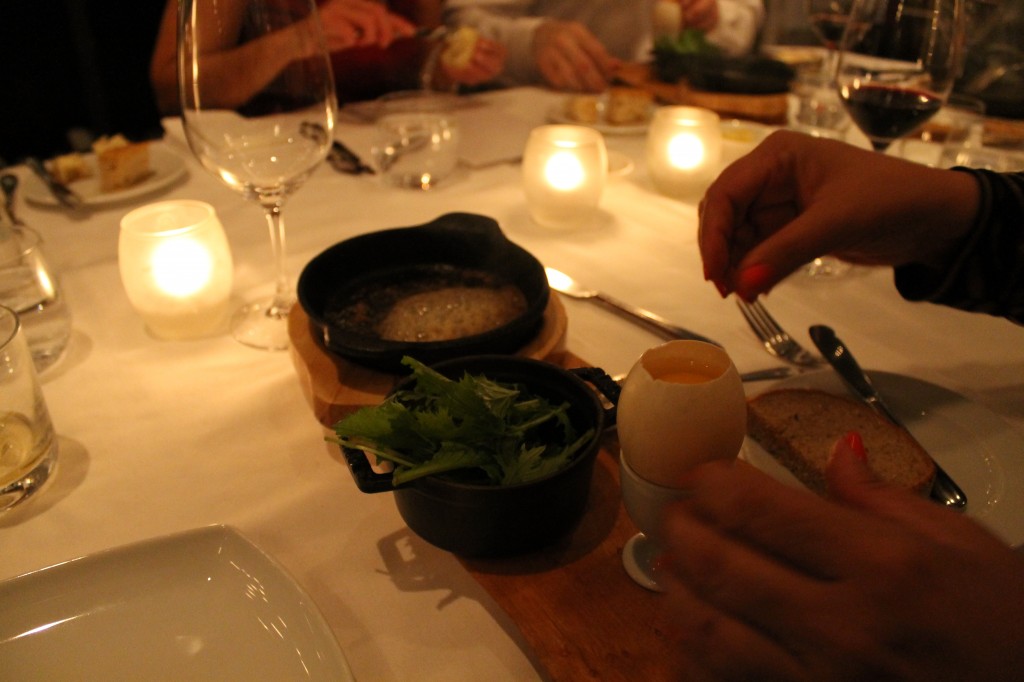 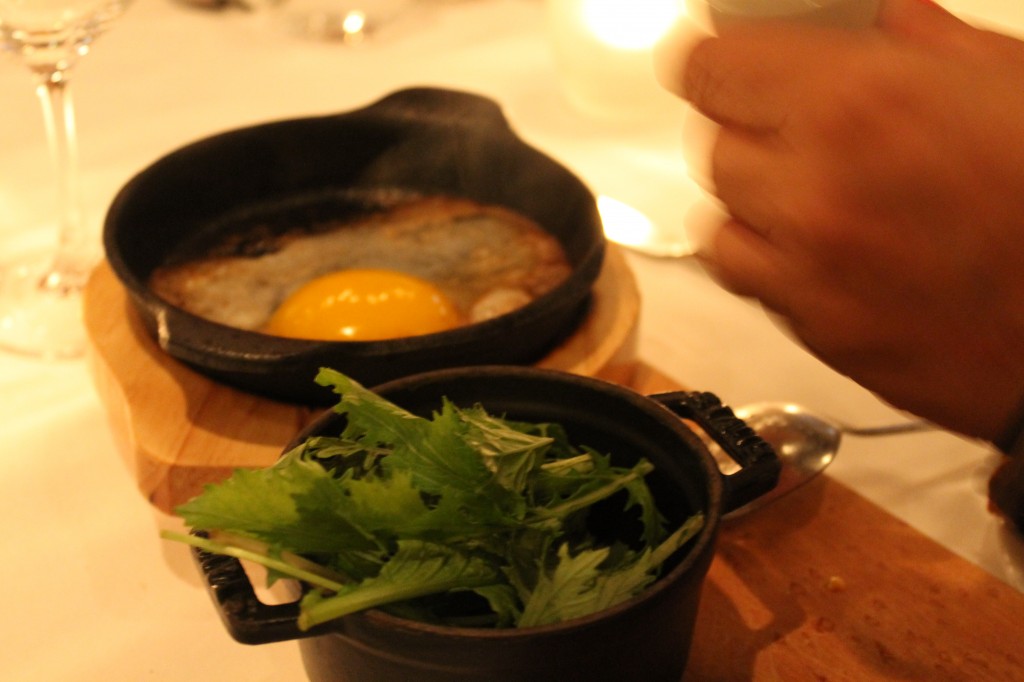 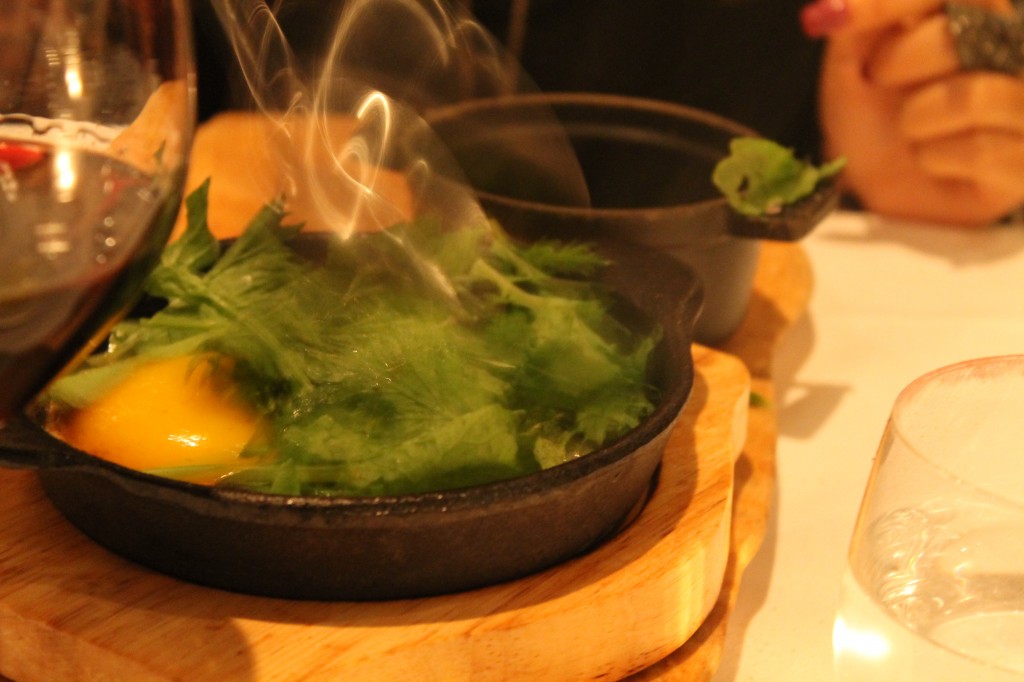 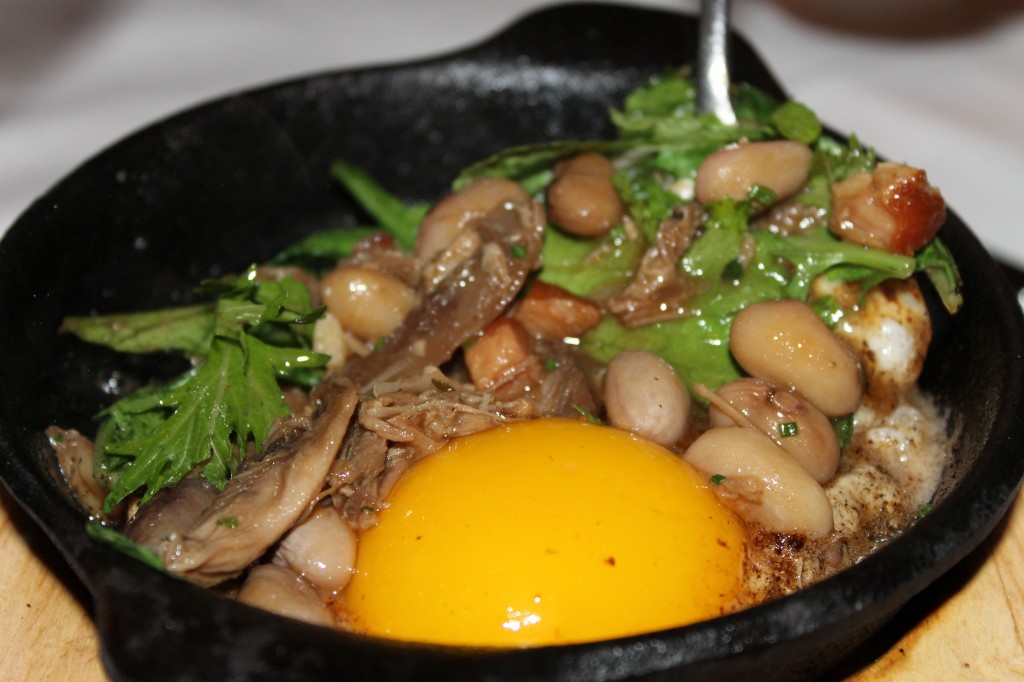 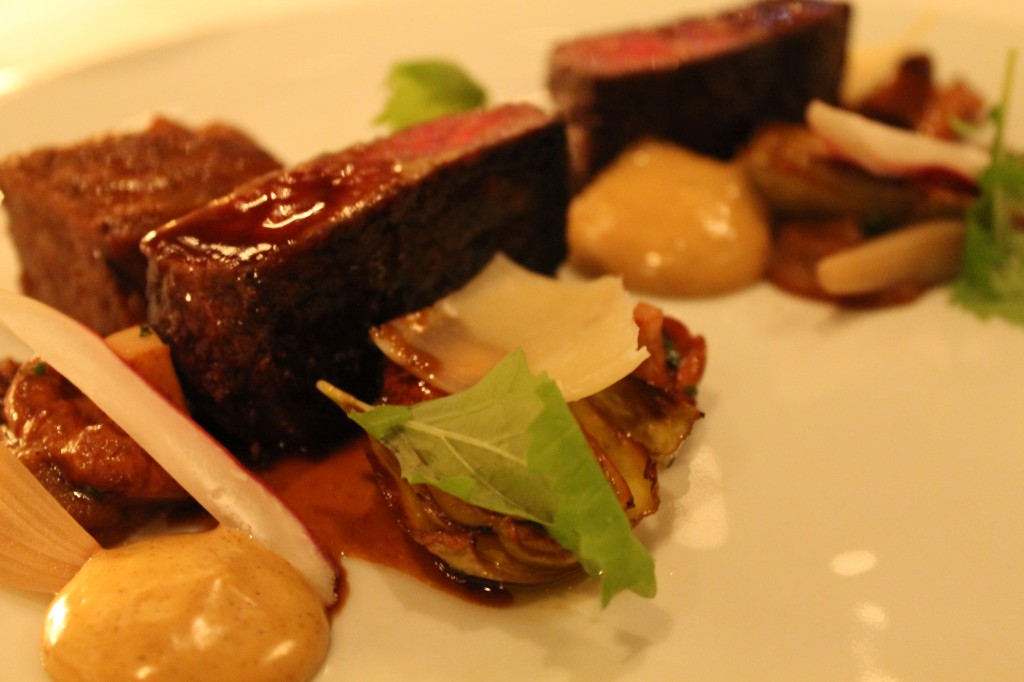 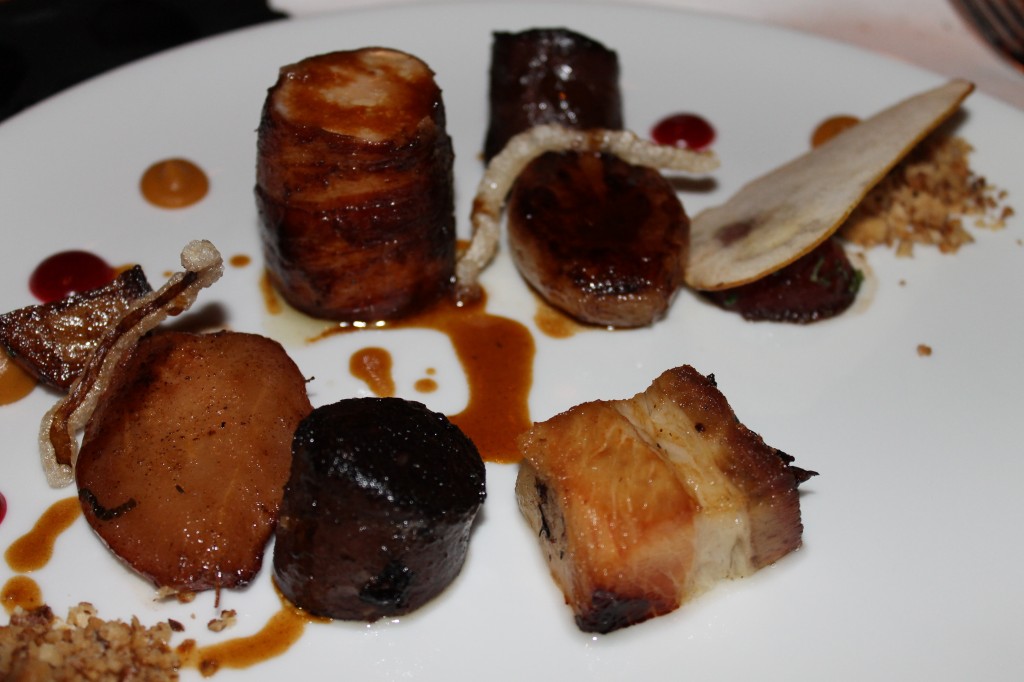