If you didn’t read the previous great reviews on SOMA you can have a look at them here and here.

SOMA, run by the talented Alberto and dulce Linde, is a restaurant that really stands out from Merida’s other restaurant offerings not just because of the food, which is truly extraordinary, but also the warm and fuzzy (and authentic) attention you get from the owners and staff alike.

The Critic won’t get into an entire review again, because it is just as good as ever and the new Merida location is a blessing to those who live in the formerly white city and are too lazy to trek out to Chelem (that location is closed by the way – sorry beach people).

On this occasion, Better Half and the Critic made it simple. Looking at the appetizers, it was decided to just order one of each. Six in total and each one better than the last. The grits with Spanish chorizo and sauteed shrimp were outstanding and Better Half raved about the calabaza soup, a creamy concoction bursting with squash flavor. The salad with real oysters and Spanish chorizo, the warm bread and butter, the ginger peach tea – everything was absolutely scrumptious.

This restaurant is heads and shoulders above what some of the more ‘famous’ restaurants in Merida are offering, no offense.

Directions to this restaurant (in a car) are below the photos. Note that there will be a Christmas Eve day serving as well as New Years Day brunch. What a perfect way to start 2015, ¿no creen? 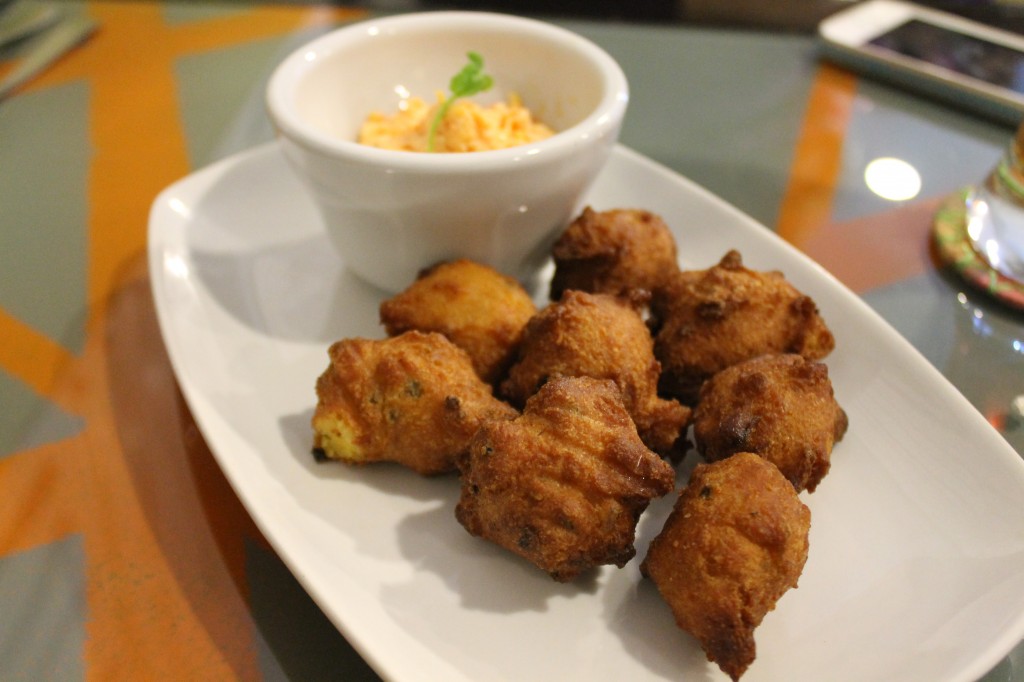 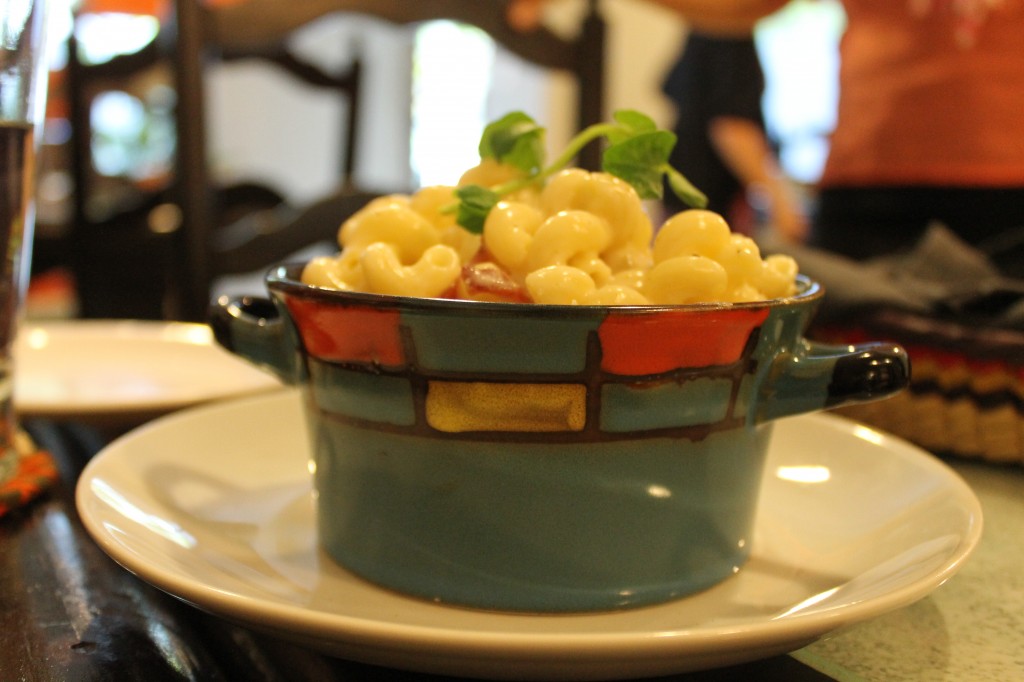 Mac and cheese (and bacon, yum) 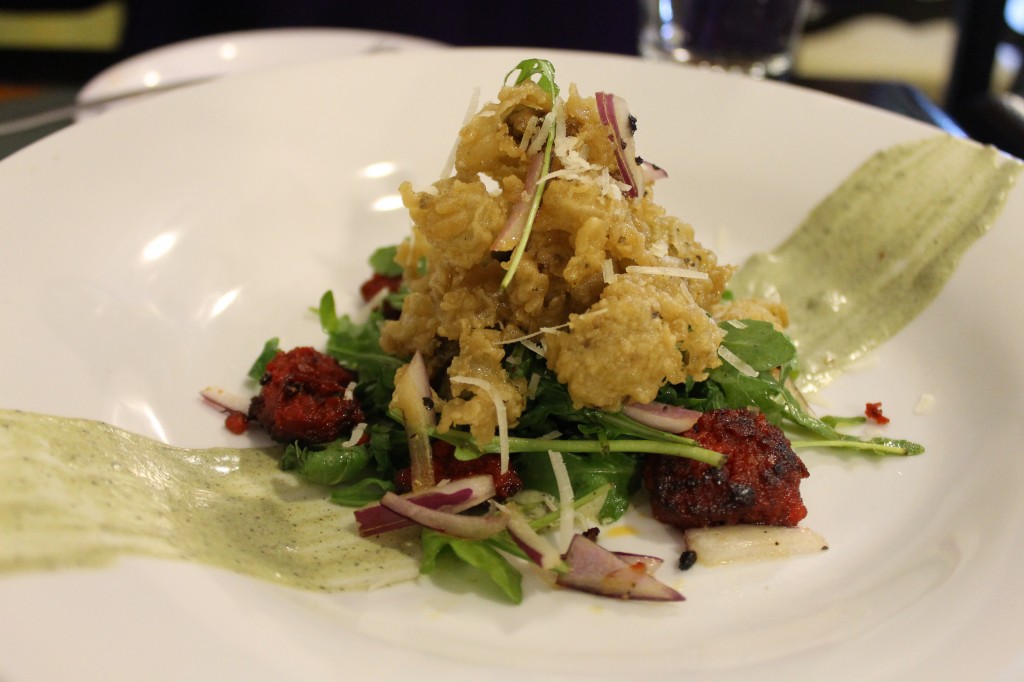 Crispy oysters on a salad 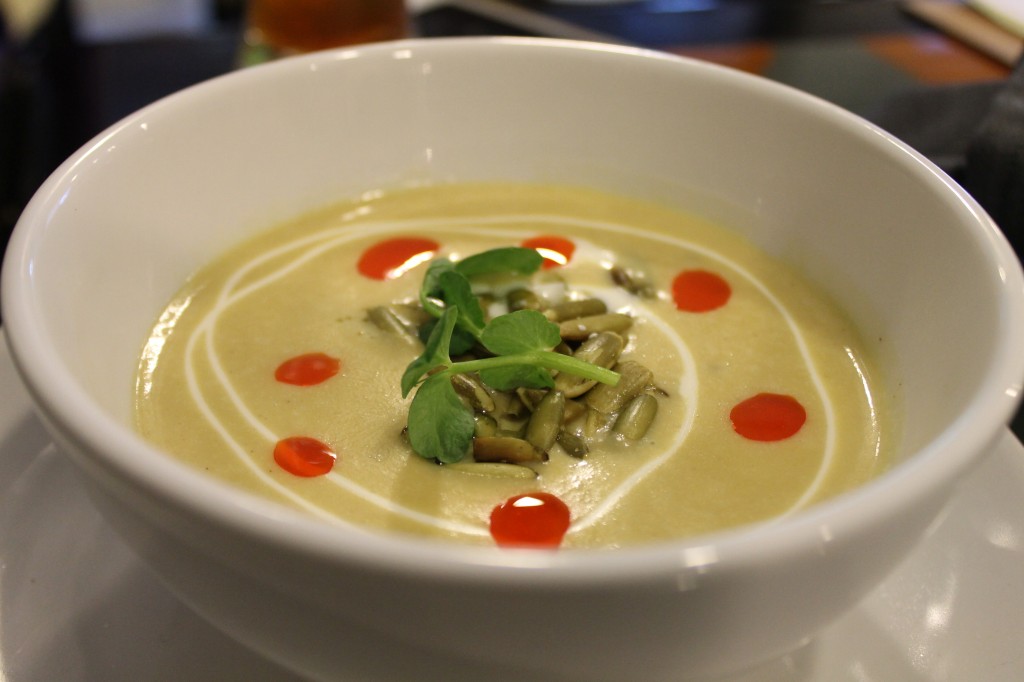 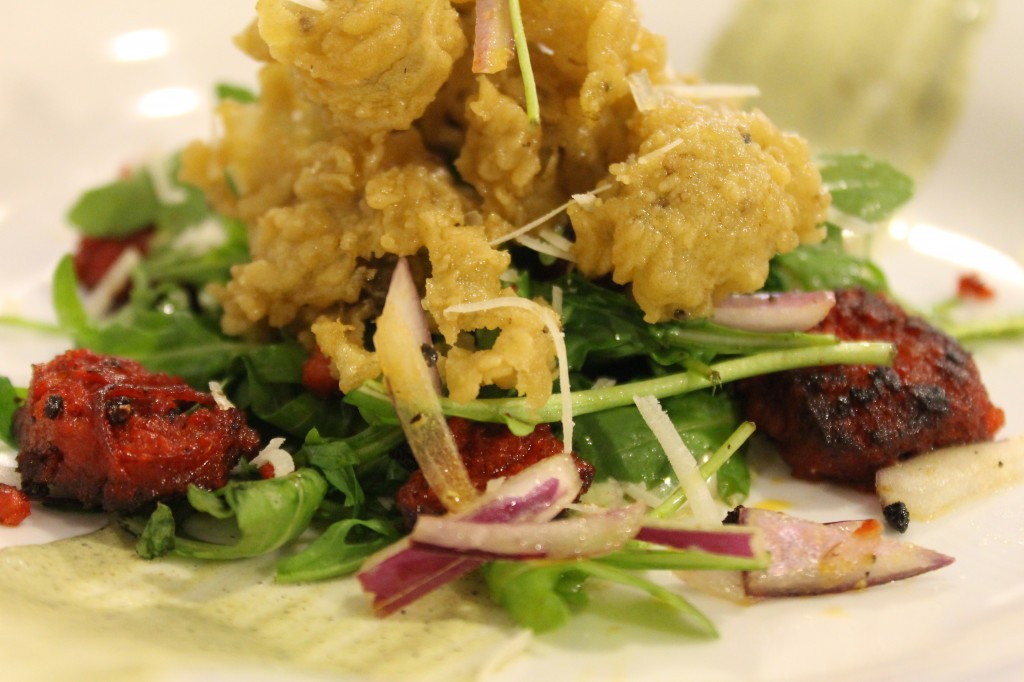 Close-up of the salad 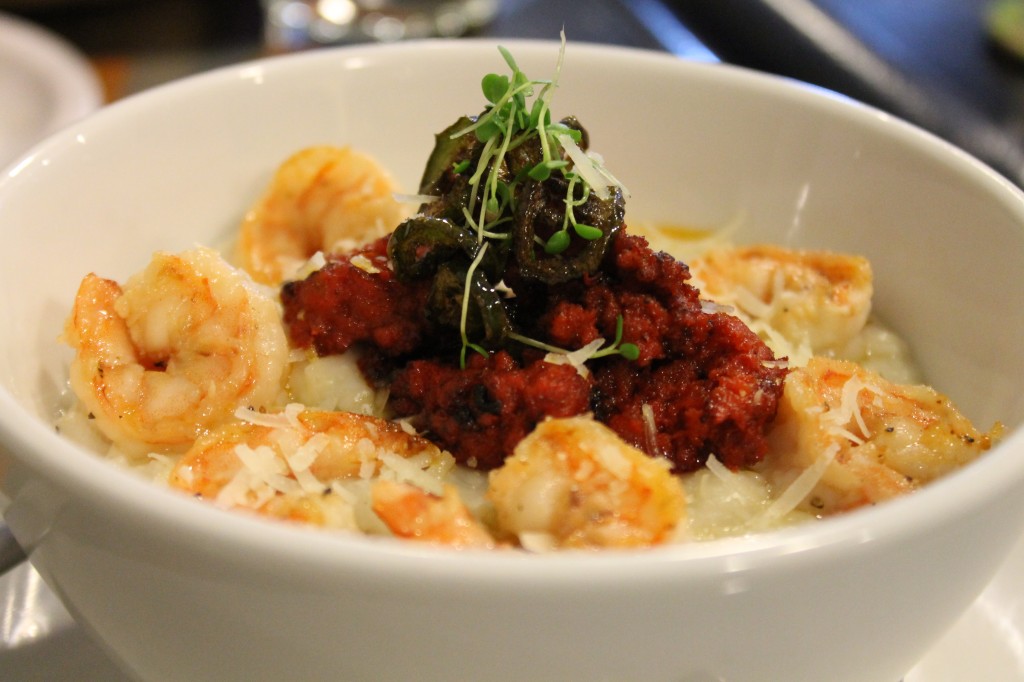 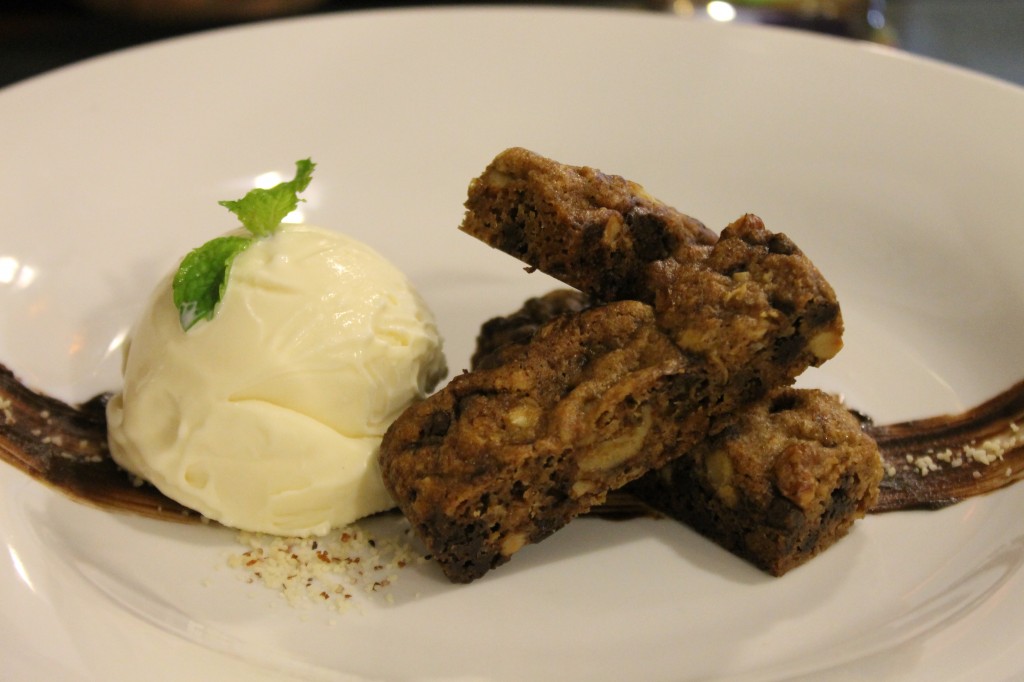 Coming north from el centro along Montejo, turn left at the Burger King fountain and the silly underpass. Note: you need to get in your right lane to do the roundabout and make that left. Proceed to Calle 60, where you will turn right. At the calle 21 lights (car wash on your right), make a left, cross the train tracks and calle 60 and straight ahead on calle 21 for a block to where the trees are. SOMA is on your right.

Coming south on Montejo from the beaches, turn right on calle 21 (burnt out Parisina textile store and Waldo’s on your right) and proceed to the lights at calle 60. Go straight over the train tracks and 60 and then about a block down, where the trees are, is where SOMA is, on your right. 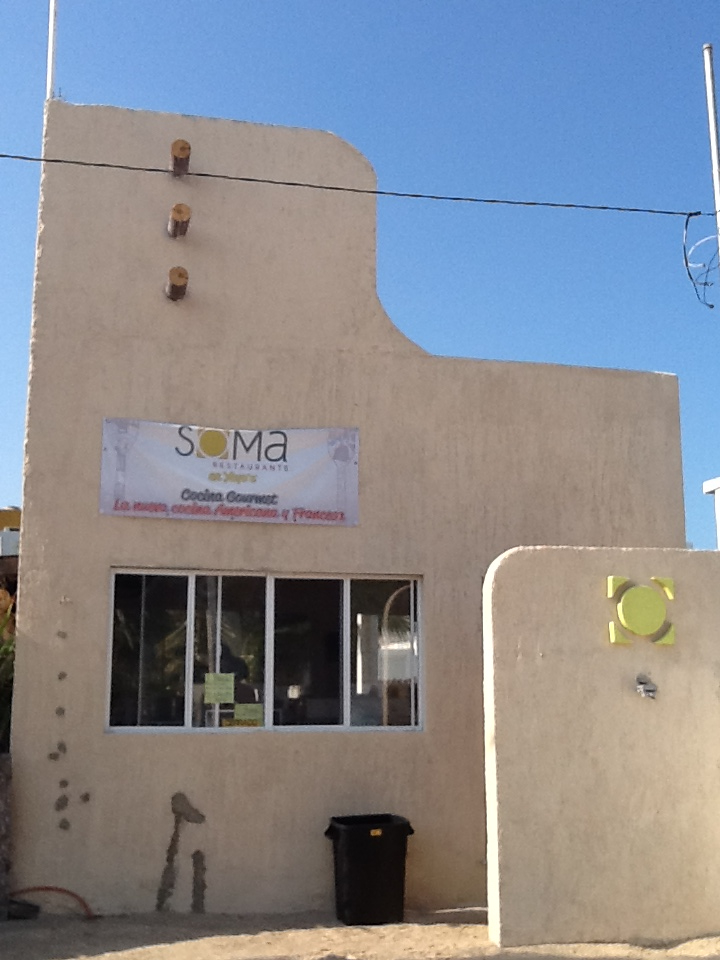 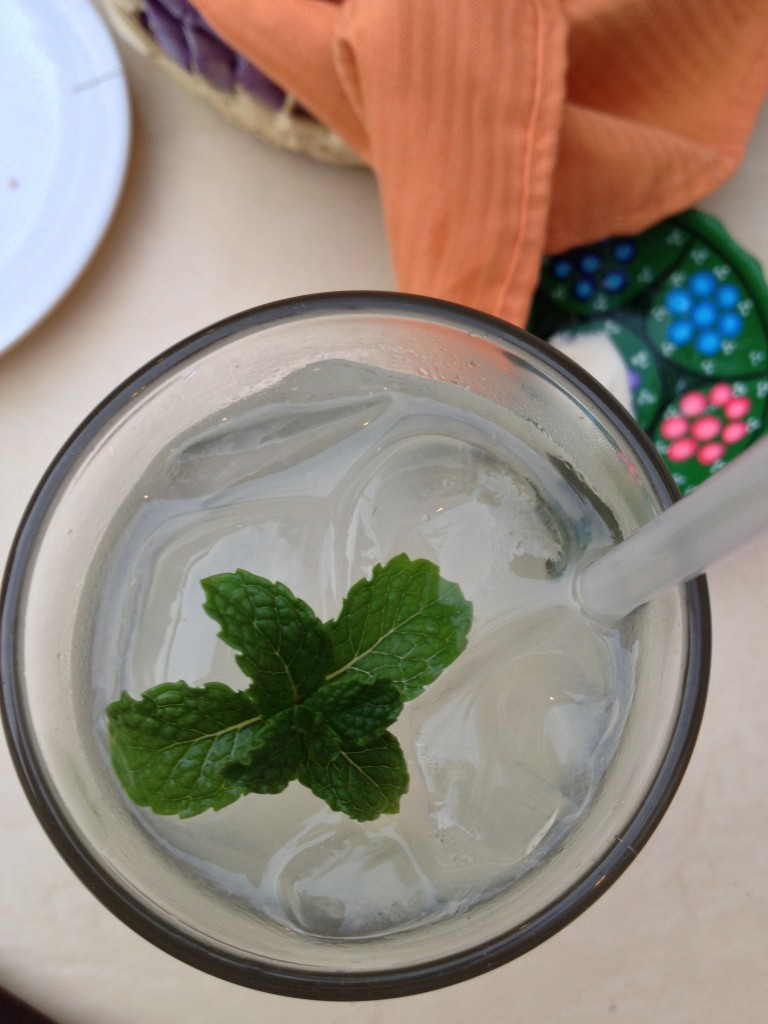 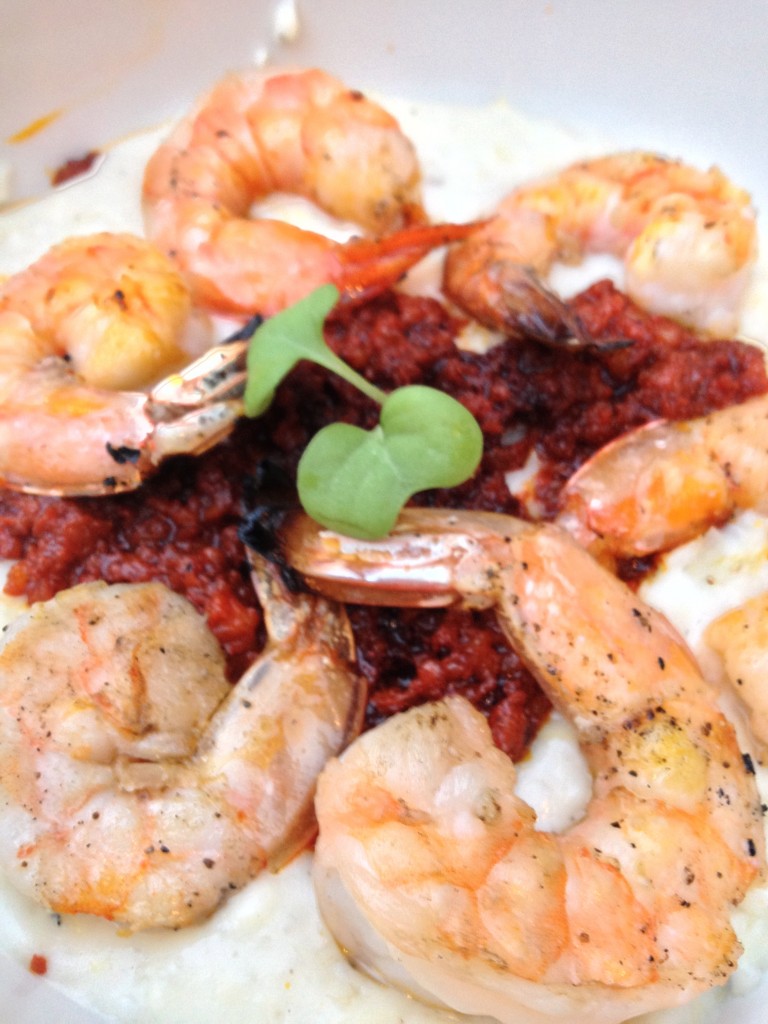 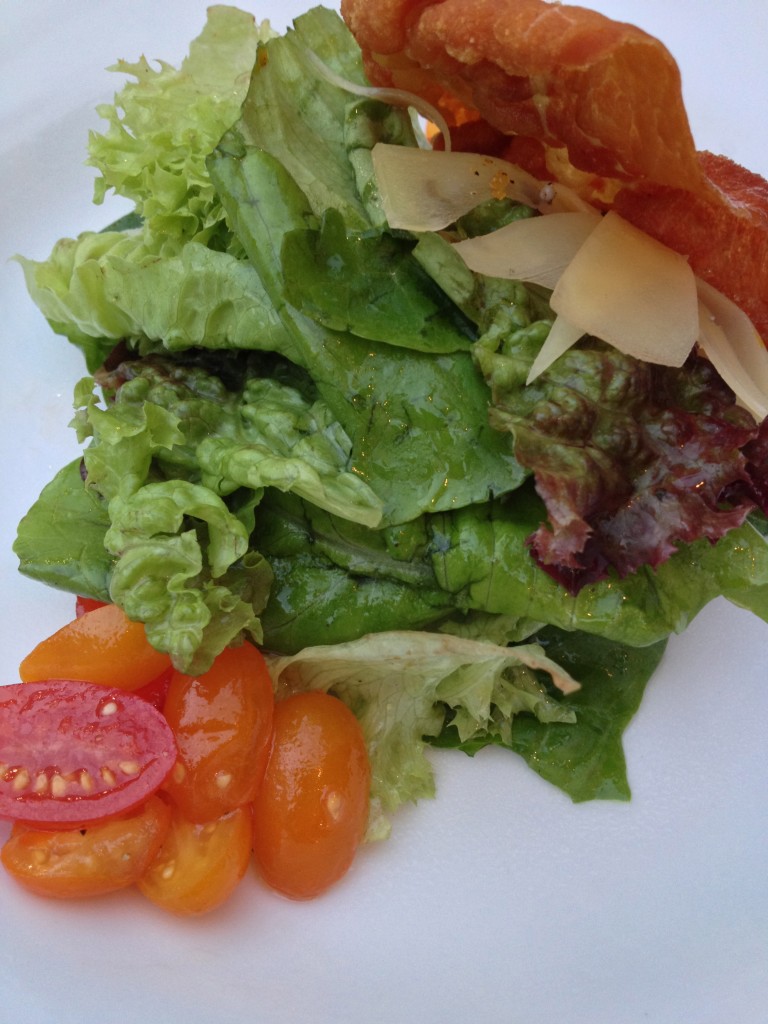 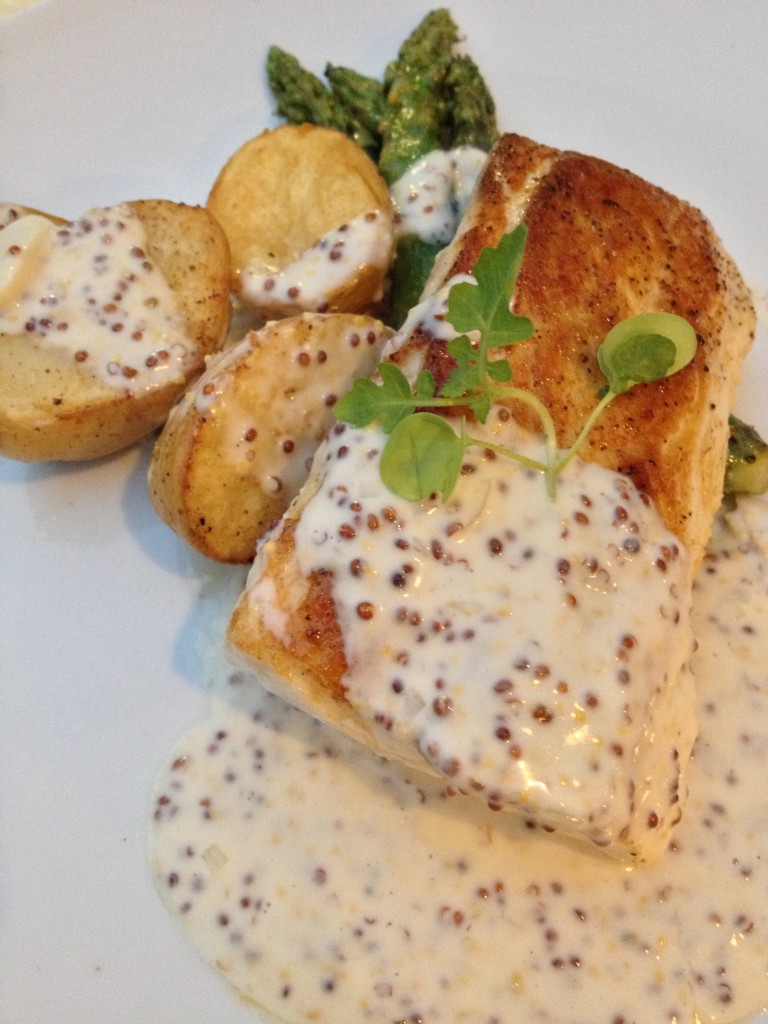 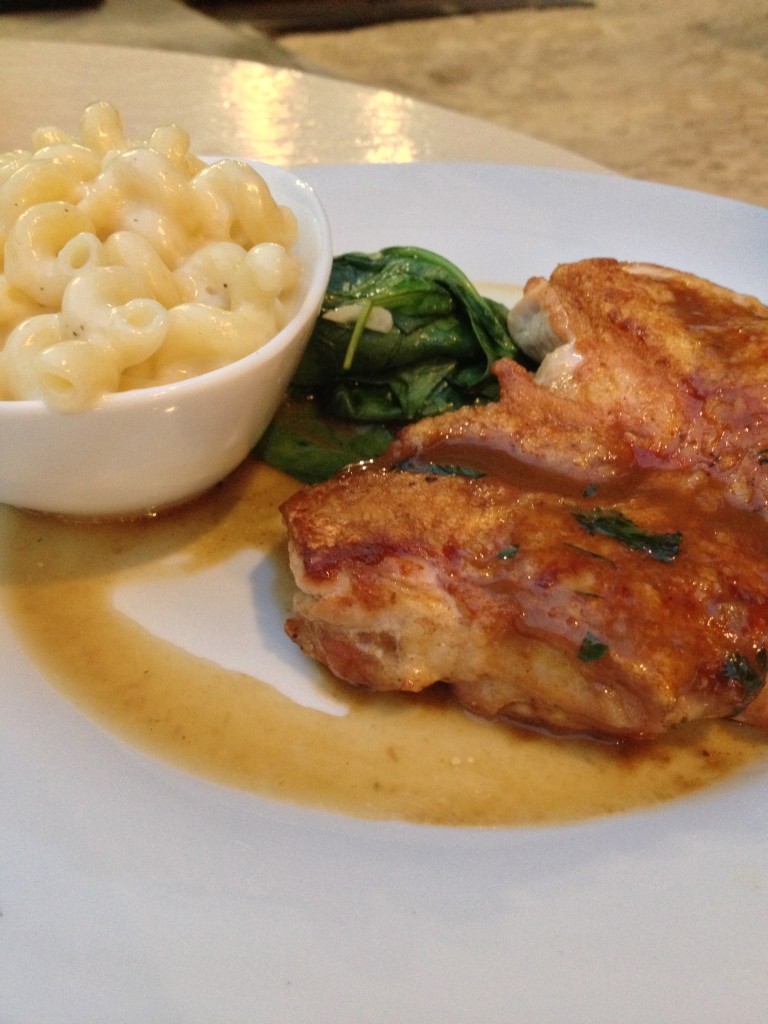 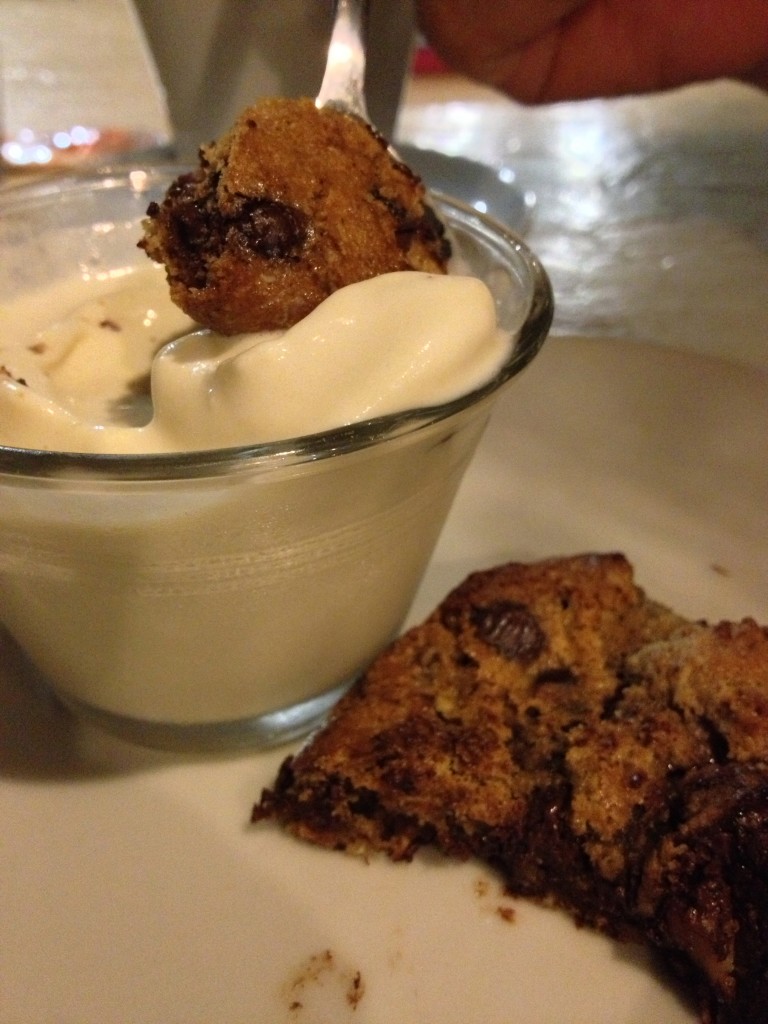 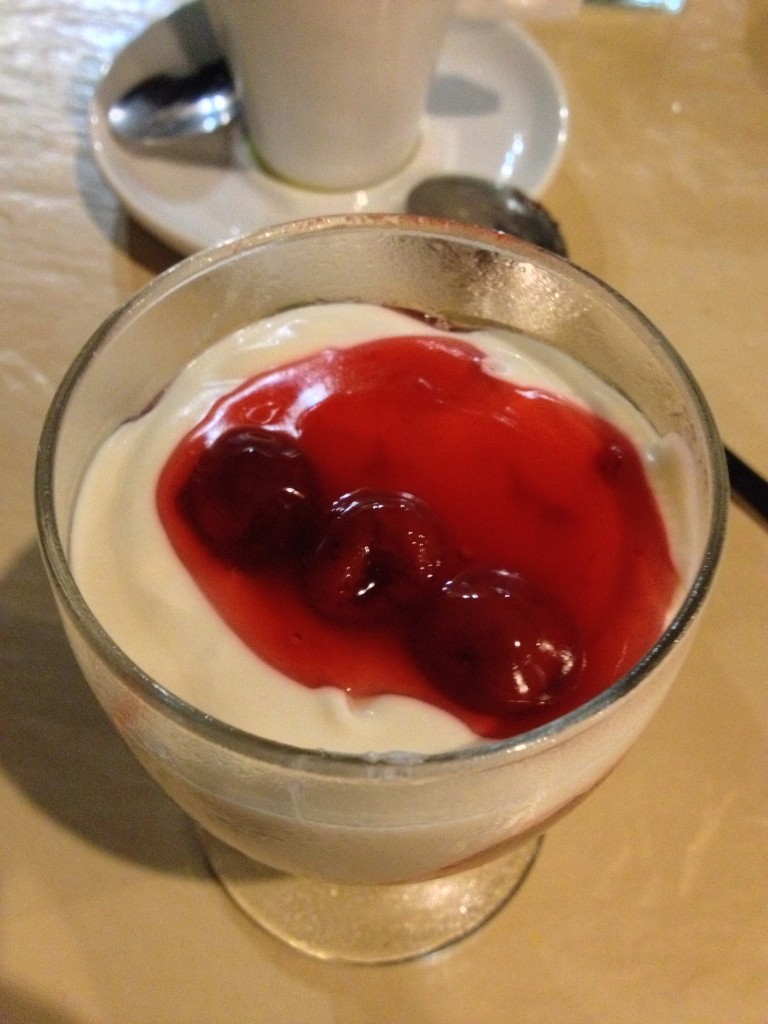 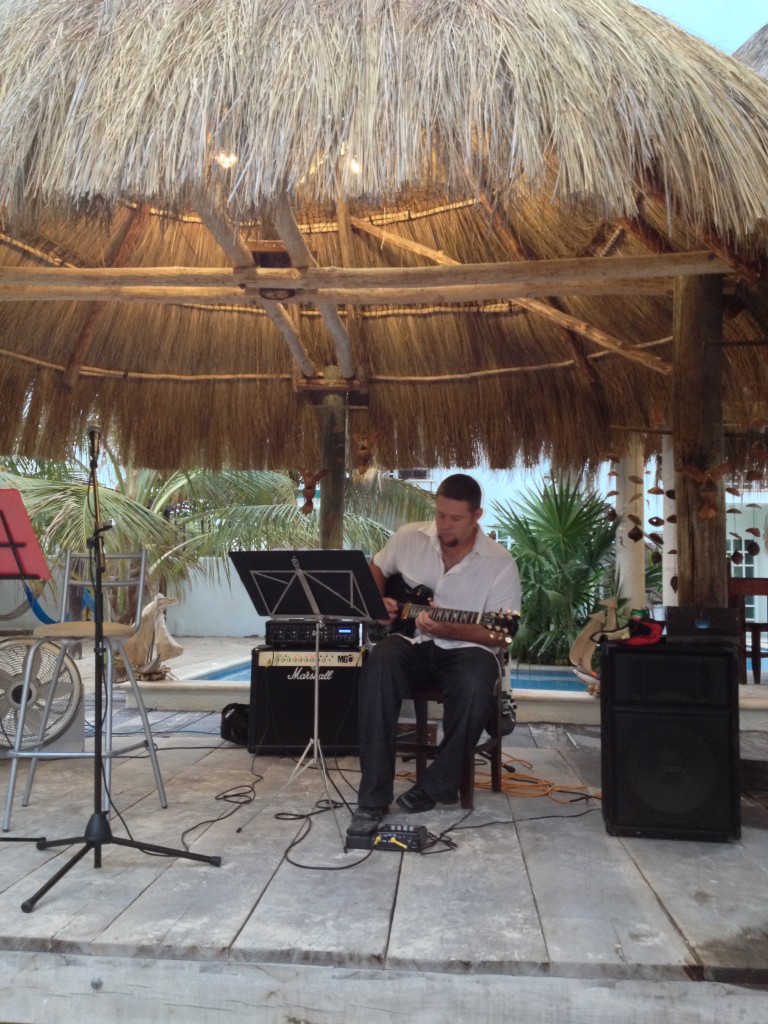