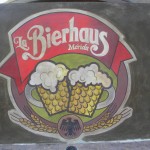 The Casual Restaurant Critic and his beloved Better Half were on their way to lunch at Local 3 when suddenly Better Half announced “I think that that new German restaurant is just down that street” which immediately prompted the Critic to pull over, pull a fast u-turn and head in the direction of a good German sausage.

Located in the Colonia Mexico, the restaurant stands out immediately by way of a checkered Bavarian flag and its dark, almost medieval look. A Wilkommen sign over the entrance greets you, as does the fellow out front sweeping, who is service-challenged however and can’t bring himself to do more than indicate the door (as opposed to actually opening it, which would have been a little more welcoming).

Inside, you are greeted with a bar scene: high wooden tables and stools, a bar and off to the side, a door that leads to a more conventional seating area, again with wooden tables, chairs and wood siding up half the wall. Colors are dark and the effect is one of being in a German “kneipe” or neighborhood pub. 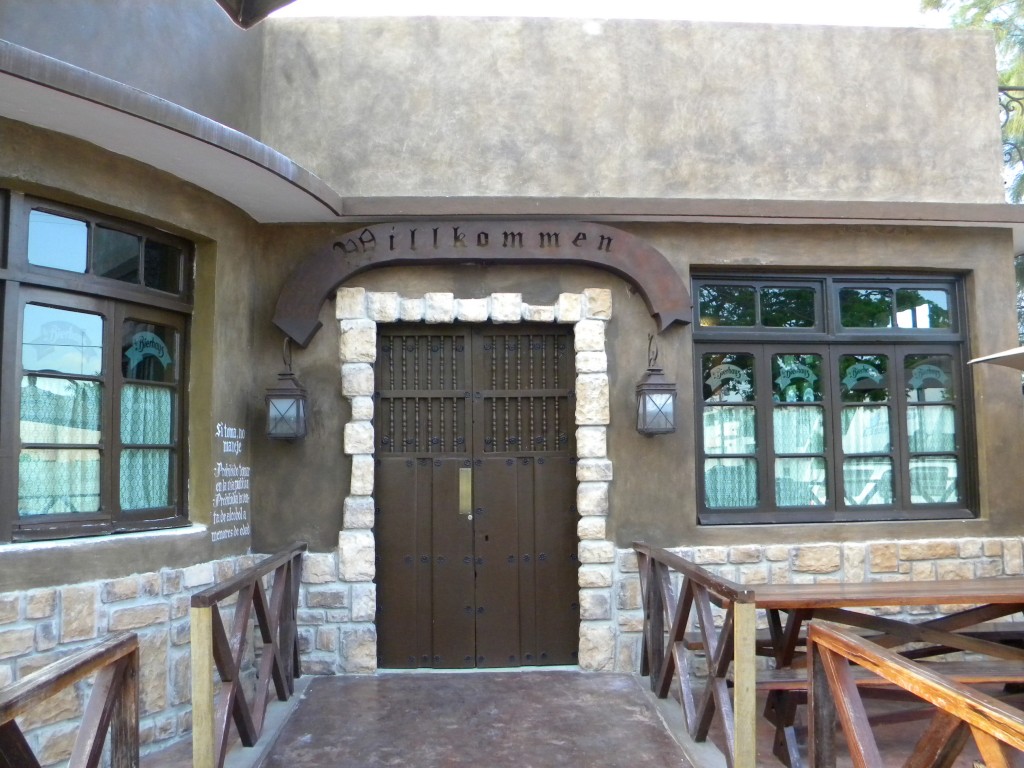 Lo and behold, a large selection of German beer is on the menu, not all of which are available all the time. Prices for these are reasonable, in the Critics humble opinion, around 70 – 80 pesos each. Of course you are getting a premium beer and it’s a big bottle too. Also on the menu are all sorts of sausages (Weisswurst, Bratwurst, Nuremberger) as well as their most popular item, according to our waitress, Gaby: a chunk of pork called chamorro in Spanish and whose name in English revolves around the leg of pork idea.

The Critic and BH ordered, as usual, too much food, opting for the only soup on the menu: goulash, which, in the Critics humble opinion was too heavy on the vegetables, especially the corn, and too light on chunks of hearty beef; the afore-mentioned chamorro and a platter of cold cuts, cheeses and a selection of all the sausages on the menu. Of course it was too much! 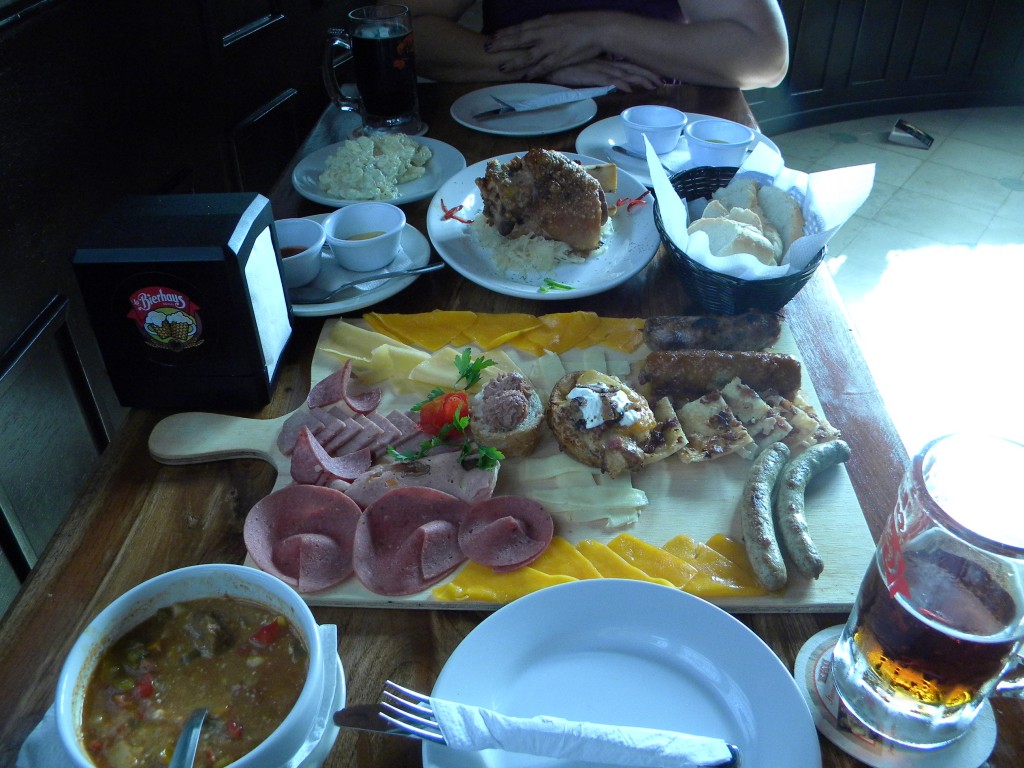 The sausages were fantastic; even the mustard tasted authentic. The chunk of pork leg was crispy on the outside and perfectly cooked inside. And the beer! Yum. Highly recommended!

Service was serious and not too friendly on the part of Gaby at the beginning, however as the meal progressed she became much friendlier and smily. She even packed an extra set of chamorro bones for Better Halfs spoiled little dog. Don Jurgen also came by the table to say hello and explain what it was he was trying to do with this venture, which is only about a month old.

In the parking lot, Ausfahrt and Einfahrt signs have been posted and the parking attendants hut has a sign which is a faithful copy of one found at Checkpoint Charlie, at the Berlin Wall. Details that show the owner has a sense of humor!

The Critic will be back with reinforcements to this new German restaurant! Prosst! 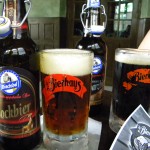 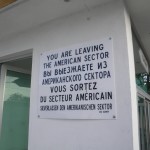 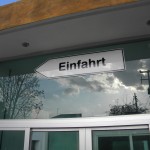