The Critic (and the always-lovely Better Half) first tried Kuro Uma sushi at an in-home catered event, given that the restaurants were not yet allowed to open at the time and this was a special birthday celebration indeed.

Impressed by the food, the service as well as the presentation, and attention to detail, both Critic and BH could not wait to visit the restaurant, a happy event that occurred just this past week. Merida restaurants are now allowed to open with a limited number of patrons and so, Kuro Uma was the Critic’s first official restaurant outing in at least six months.

A reservation was made in person, with trepidation and specifically requesting terrace seating (being in a small, enclosed environment makes the Critic somewhat hesitant) This did not happen as that day, the folks running the commercial center decided that they would undertake repairs on some water damage and the one terrace that was inoperable (all the other restaurant patios and terraces were open) was the Kuro Uma patio. So, the decision was made and the Critic and Better Half took their places at the counter/bar and proceeded to order. Too much food, as usual.

Food took it’s time coming out but the level of detail in the presentation and cutting of the fish which you can observe firsthand from your seat at the bar, was exquisite. Fish was fresh and very tasty. Recommended is the omakaze sashimi plate (5 types of raw fish) which on this occasion was mostly tuna. The 7 piece omakaze sushi was also excellent. But the dish that still makes the Critic salivate as he writes his casual review, is the pork belly, recommended by the folks also sitting at the bar who shall be called the Xcanatun Couple for the purpose of showing them the appreciation for recommending the dish. Marinated for god knows how many hours, the pork belly literally melts in your mouth and the flavor touches on all the taste points, guaranteeing your blissful satisfaction. The term “mouthgasm” comes to mind.

Accompanied by an icy Sapporo and some sake, this was a luxe lunch that the Critic hopes to repeat very soon! Enjoy the photos. 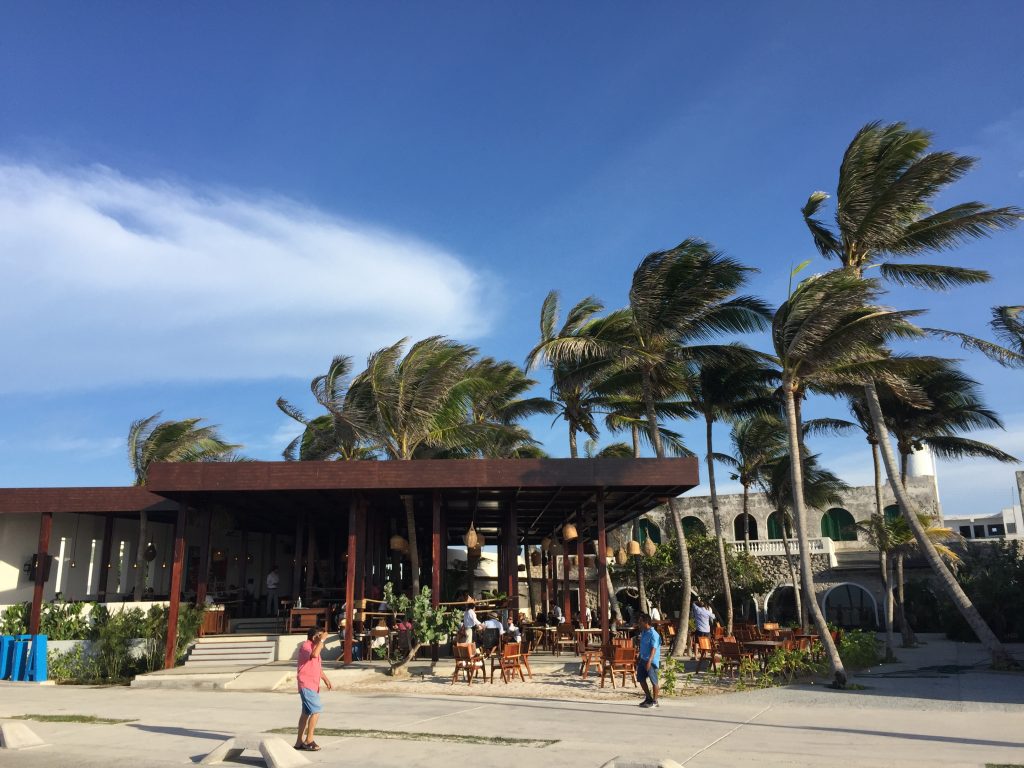 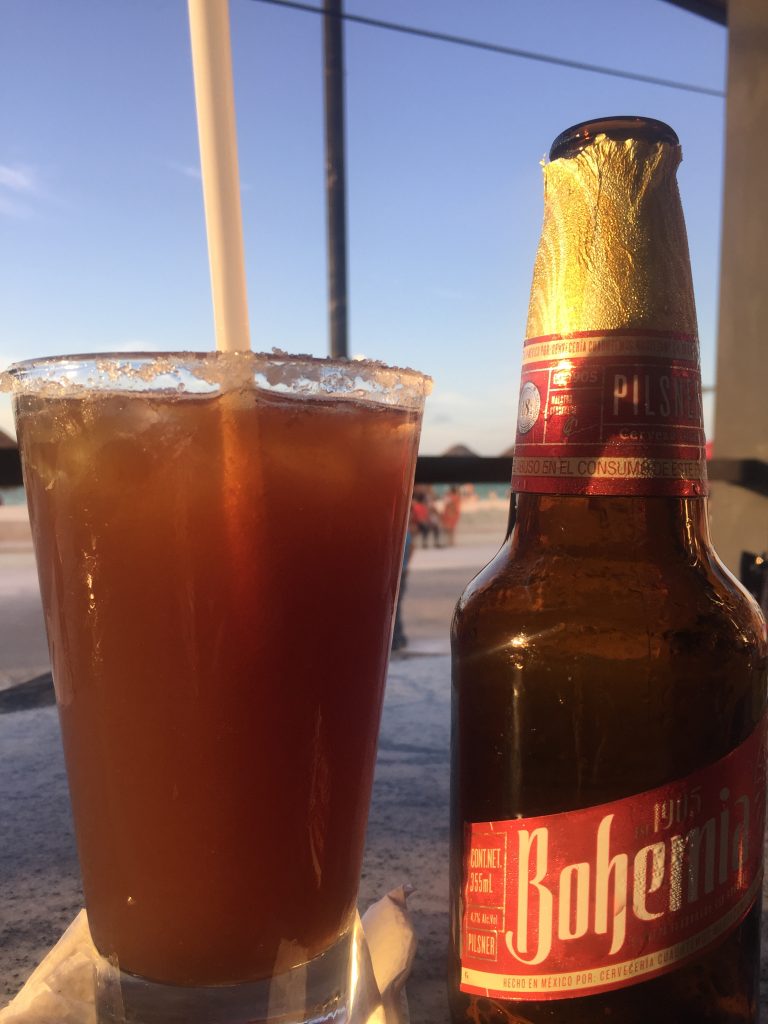 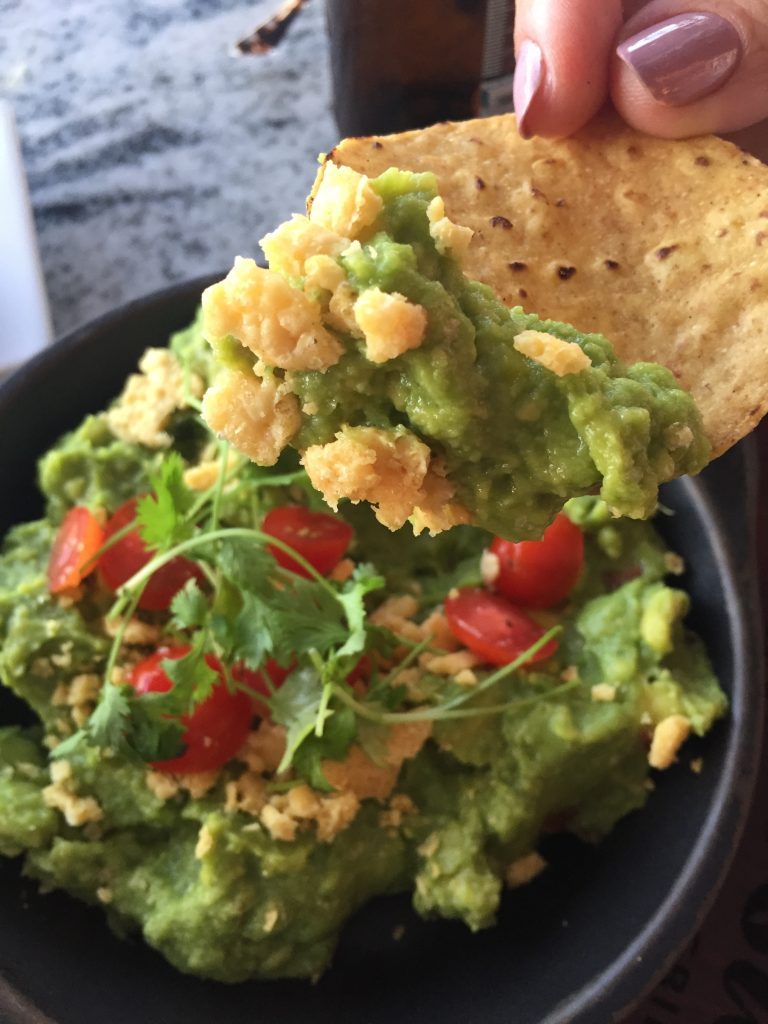 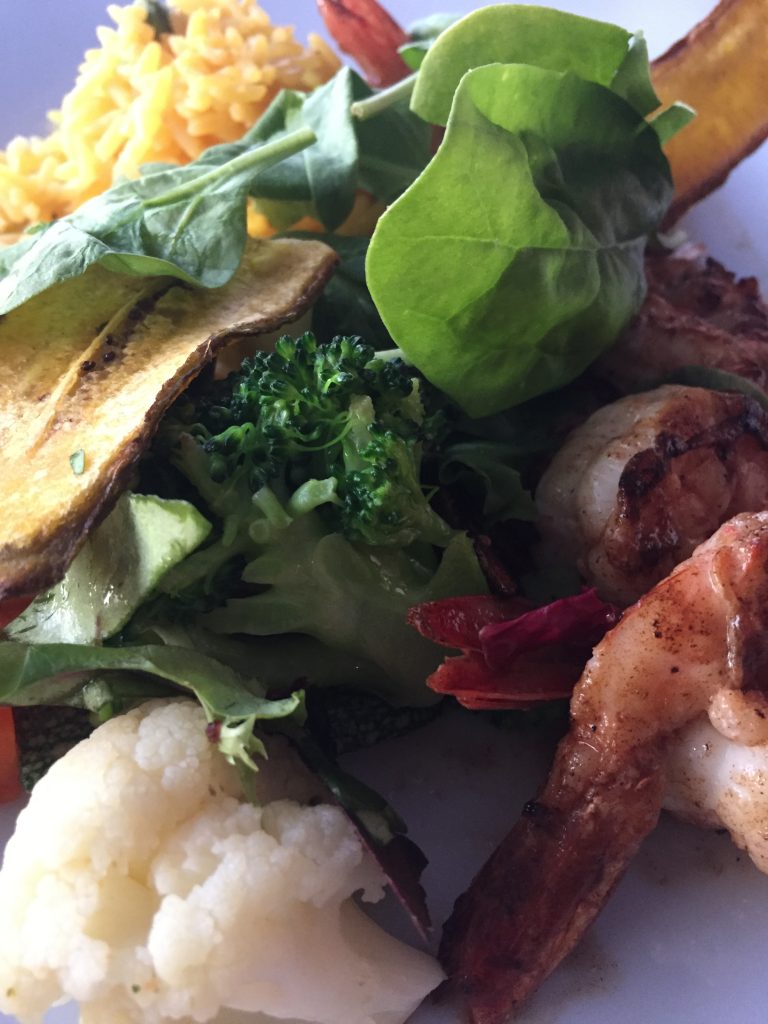 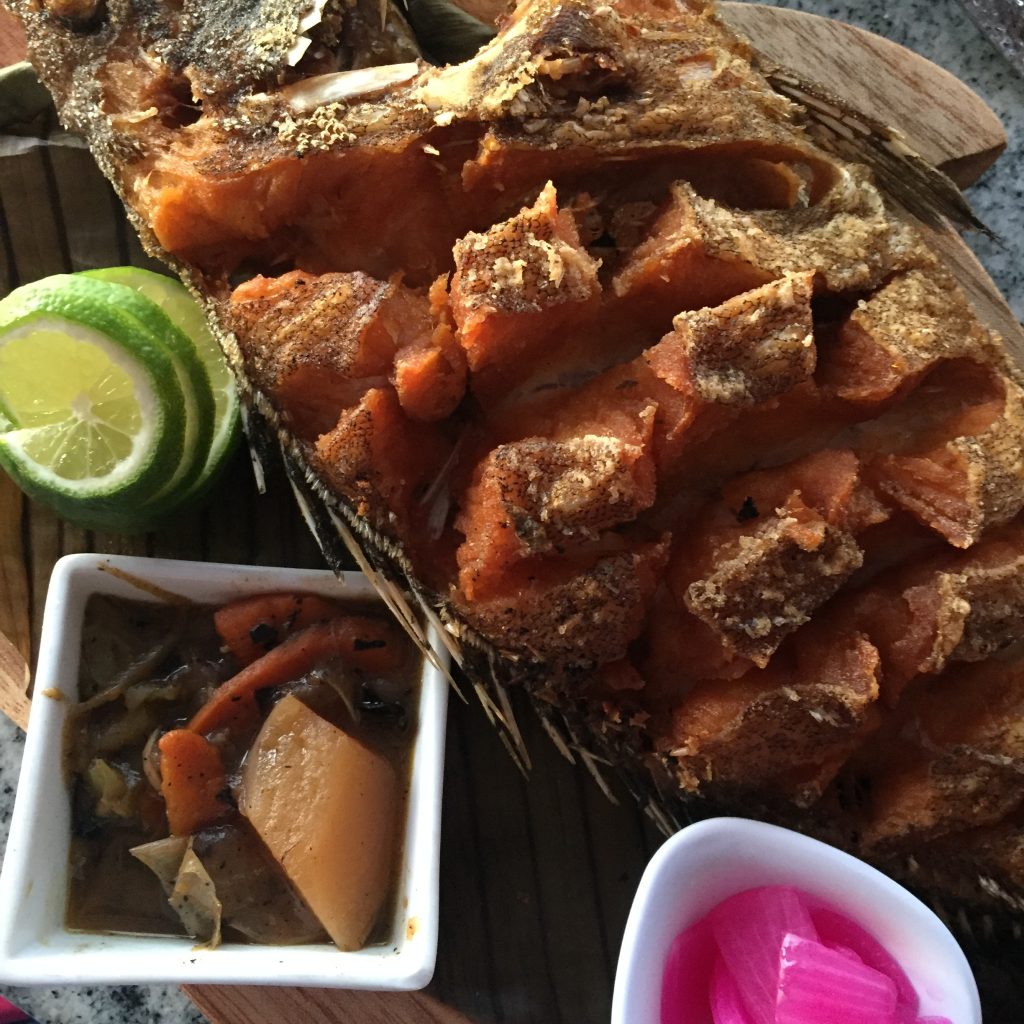 If you like seafood, and who doesn’t, then Campeche is the place for you. The Critic has been told also, that the fine Yucatecan traditions originate in Campeche, which was where the best cooks came from. The person that told me had relatives in Campeche so they might have been somewhat biased.

Campeche was once of course part of the Yucatan, even though they hate to admit it now. It was the main port of entry to the entire area and much wealth concentrated there before being either loaded onto ships or distributed into the countryside. So in a nutshell you have great cooking talent plus an abundance (up to recently anyway what with all the oil rigs out there) of fresh and varied seafood; all of this adds up to some pretty fine eating.

The best-known of the seafood places in Campeche also has a branch in Merida; called, believe or not, La Pigua. Known for it’s excellent dishes it became THE place to go for anyone of any importance visiting Campeche and in it’s former location/presentation it had many signed photographs on the wall from dignitaries real and imagined that had eaten there. The Pigua has been renovated and renewed. The look is sleek, minimalist and upscale and the food is as delicious as ever. The service, however, remains firmly rooted in the lackadaisical 1970’s, completely at odds with the modern and upmarket rest of the restaurant. The Critic was there before, and a recent visit confirms that the review stands as is.

The new CRC’s favorite, the restaurant is down by the wall in the old section of town and features all-women servers, dressed in traditional Campeche garb (think hipiles, Campeche style) and a terrific seafood menu from which anything you order will be delicious. The Critic always ends up ordering the Marganzo fish fillet and is never disappointed; but their coconut shrimp are a mouthwatering appetizer that should not be overlooked.

There is, along the gorgeous malecón, a shopping center that advertises itself as the place to buy artesanias or crafts from Campeche artists. Inside, you will find several stalls featuring all kinds of cheesy trinkets made from shells as well as other pirate or ocean related items that will end up in your basement (if you are from up north) much like that purple-sequinned sombrero you got from your parents when they went to Tijuana in the ’70’s.

However, right around the corner on a side street leading back into the city is a terrific and authentic Italian gelato place with real, smooth and refreshing gelato, from limoncello to nocciola. Absolutely worth finding and enjoying after a seafood lunch at one of other places mentioned. Service is lackadaisical at best but the gelato more than makes up for the employee’s indifference and the pirated movie on the television screen which they are far more interested in watching than helping you, the inconsiderate interruption of their shift.

More info on it here. 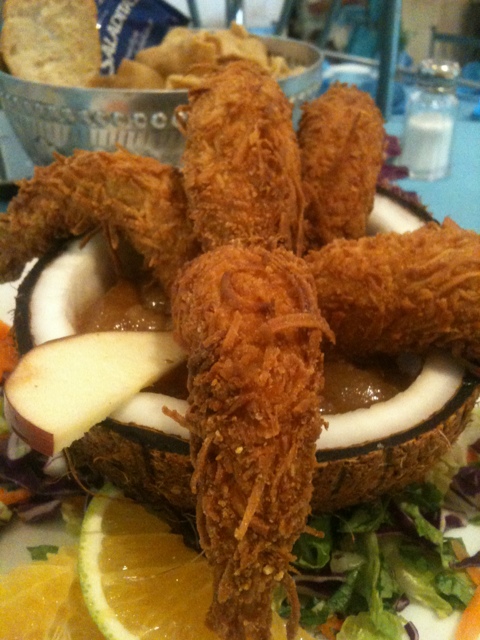 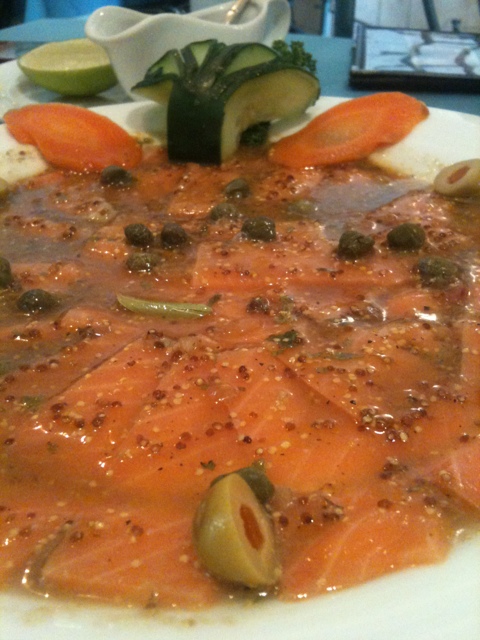 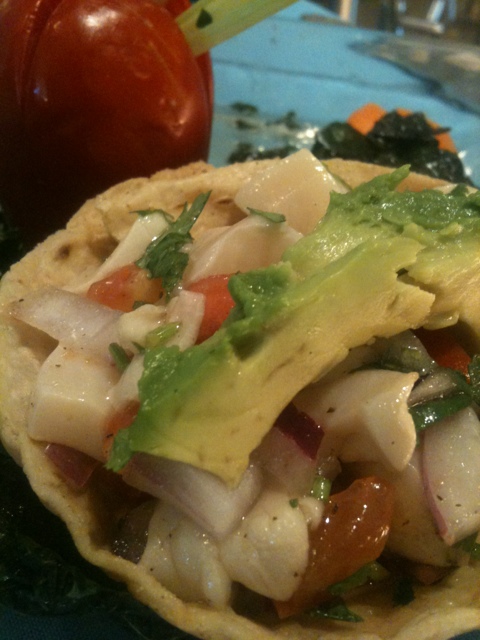 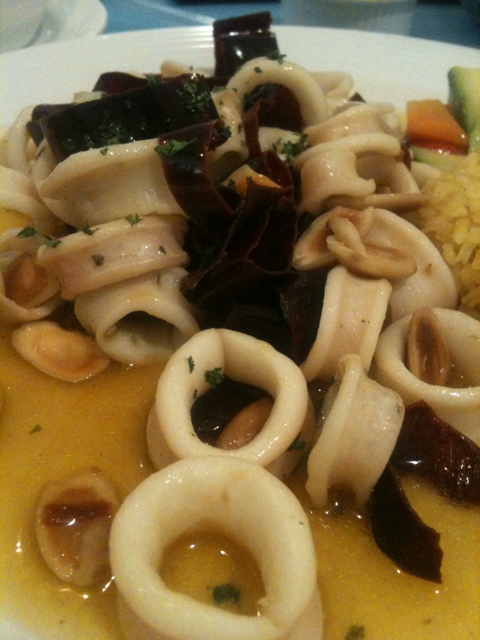 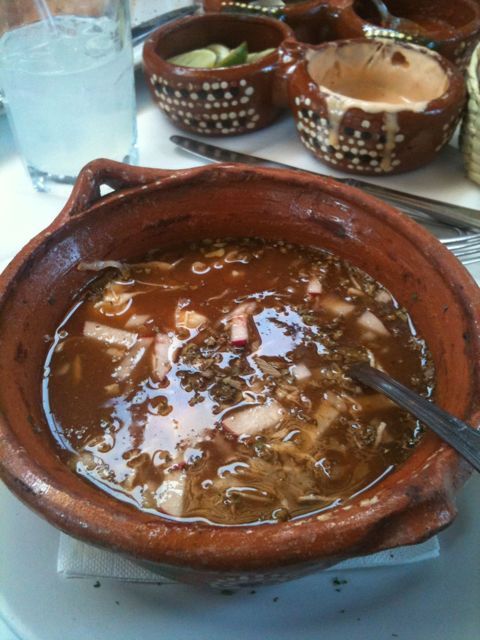 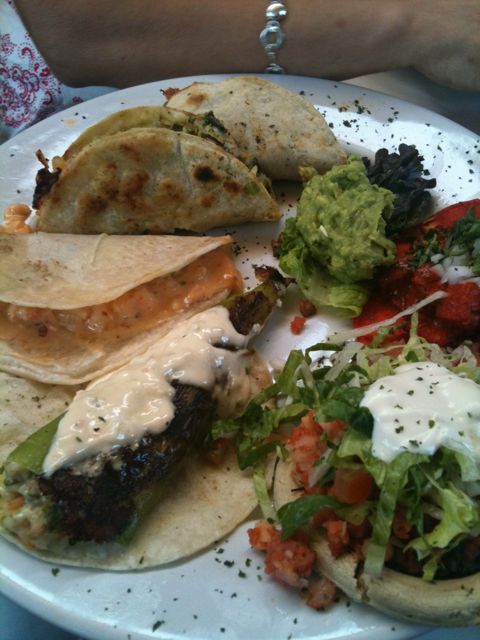