Remember the movie with Liam Neeson about the Kraken? The Critic is sure it was a fantastic movie with plenty of Oscar potential but for some reason he never had the opportunity to see it. Of course the Critic is being somewhat sarcastic in his appreciation of the movie’s merits.

Kraken the restaurant, on the other hand, would definitely be an Oscar contender if there was a category for best local seafood.

Chef Eduardo Estrella and his crew have created a restaurant that looks like your average seafood place from the outside, but when you talk to him and try his food, you will quickly realize that he is in another league entirely. He and his family are from Isla Arena, Campeche and if you dear reader know anything about gastronomy on the Yucatan peninsula, you know that the best recipes and most amazing cooks come from the neighboring state of Campeche; Eduardo is one of these people. Not only does he come by his skills naturally, he also formally trained in the US and applied the techniques he learned there, to the abundant local ingredients he can get here. 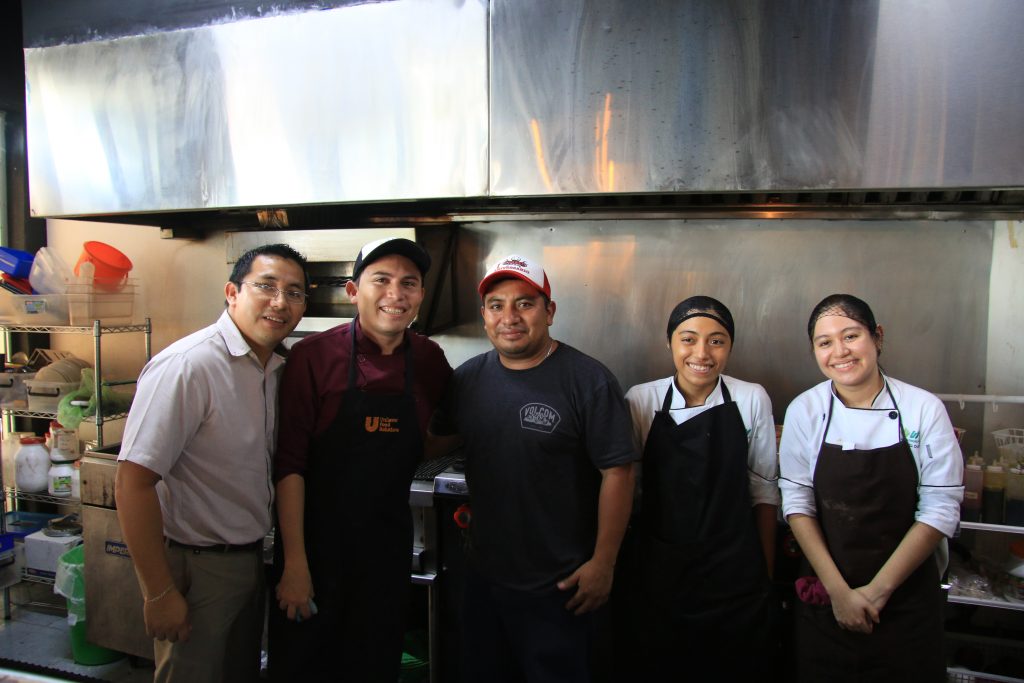 All the seafood is fresh, and brought directly from Isla Arena. He will not purchase frozen seafood from the many suppliers who have stopped by to offer their products – and you can tell when you taste the food.

The Critic and the always amazing Better Half visited Kraken for lunch and it was probably the best seafood either have had in a long while. For starters, the menu was set aside as chef Eduardo suggested that he would prepare a series of plates for the table so as to be able to sample as many different flavors and textures as possible.

First up was a mixed ceviche tostada. Tiny ria (think Lagartos or Celestun) shrimp, literally bursting with flavor, unlike the flavorless shrimp one so often gets in a cocktail or ceviche these days, mixed with fish and octopus. This was glorious. 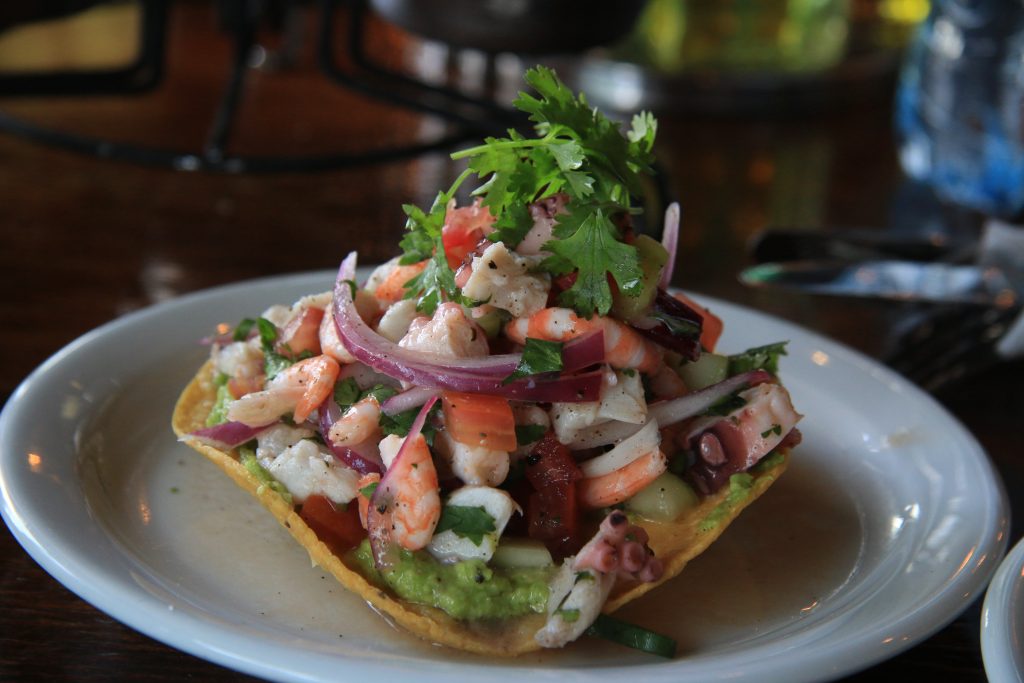 Next, aguachile in both red (shrimp) and green (fish) styles, with both items marinated in a lemony and very spicy broth, full of flavour. Notice that the dishes are beautiful to look at as well; presentation is top notch. 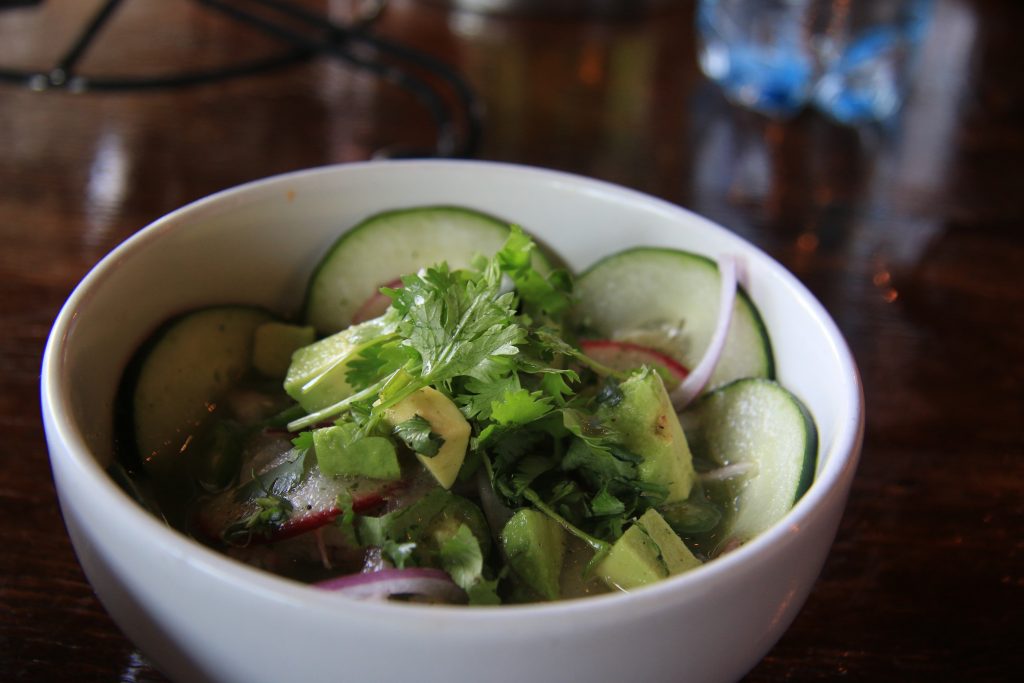 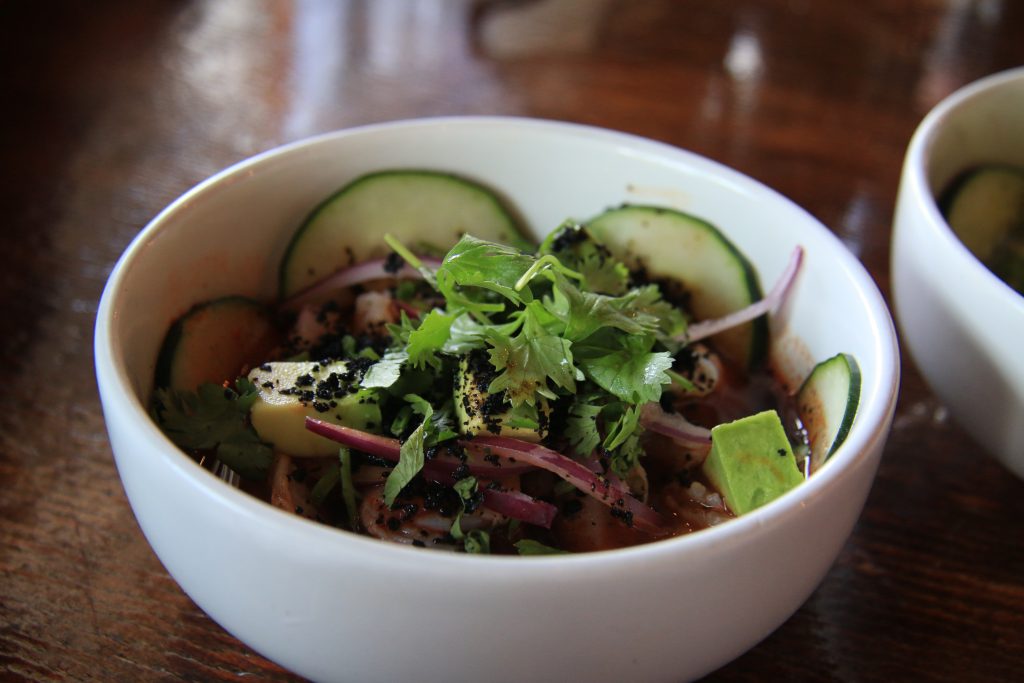 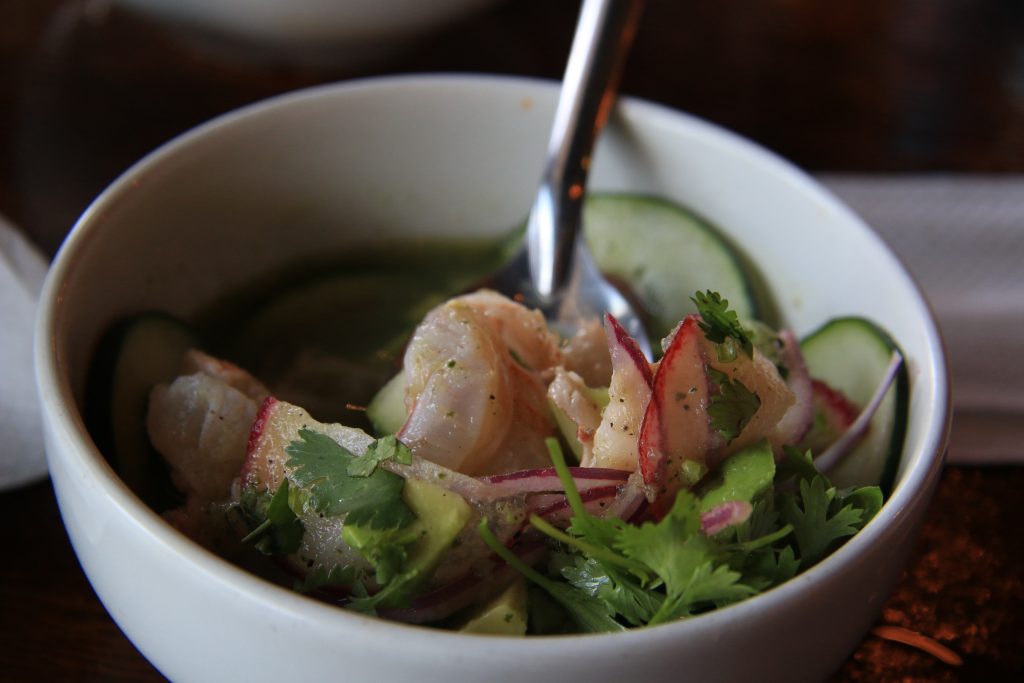 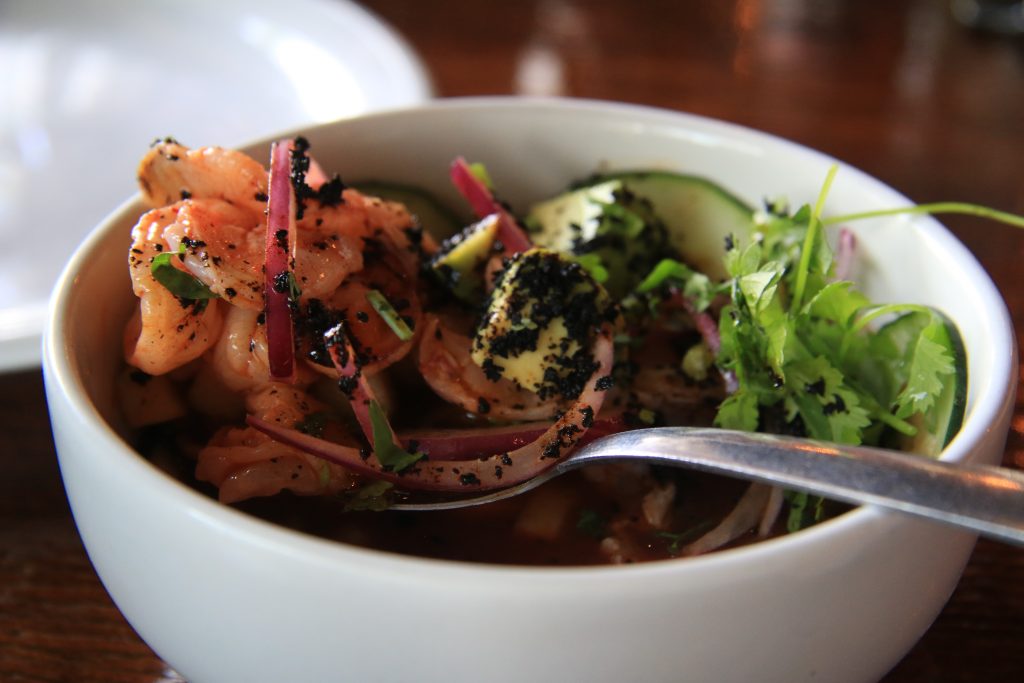 The third dish was a shrimp broth (caldo de camaron) full of flavor and some larger shrimp along with assorted minced veggies chopped in for texture. 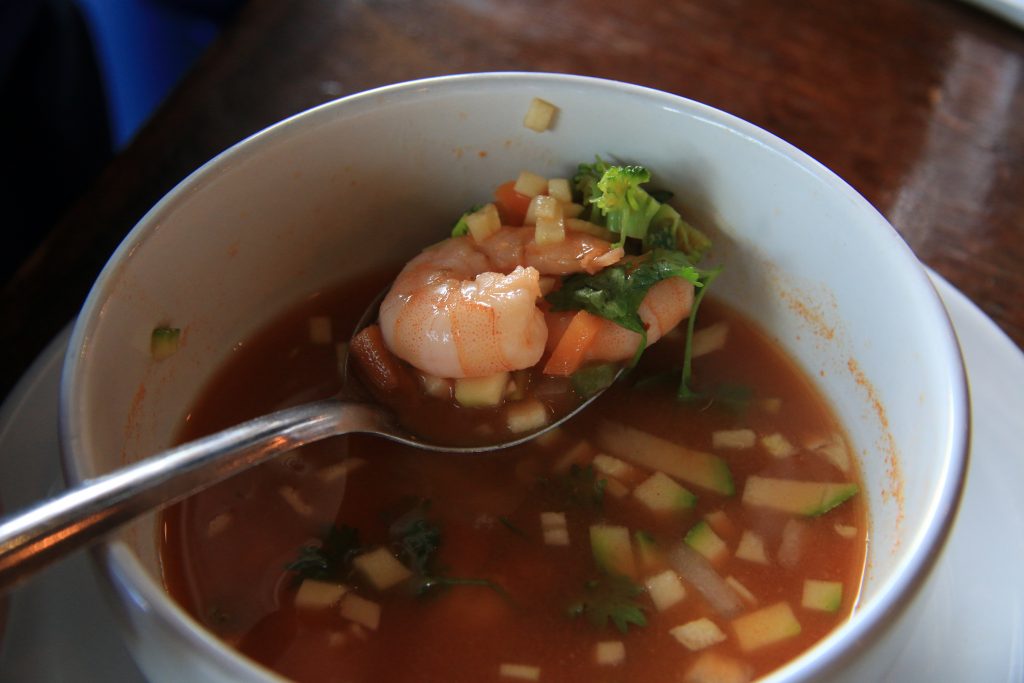 Two plates arrived next, both octopus. The charred octopus is the Kraken octopus and the other was del Capitan. The Critic is not a huge fan of octopus since it is so often poorly prepared and impossible to eat unless you are a cat. These two samplings were perfect. 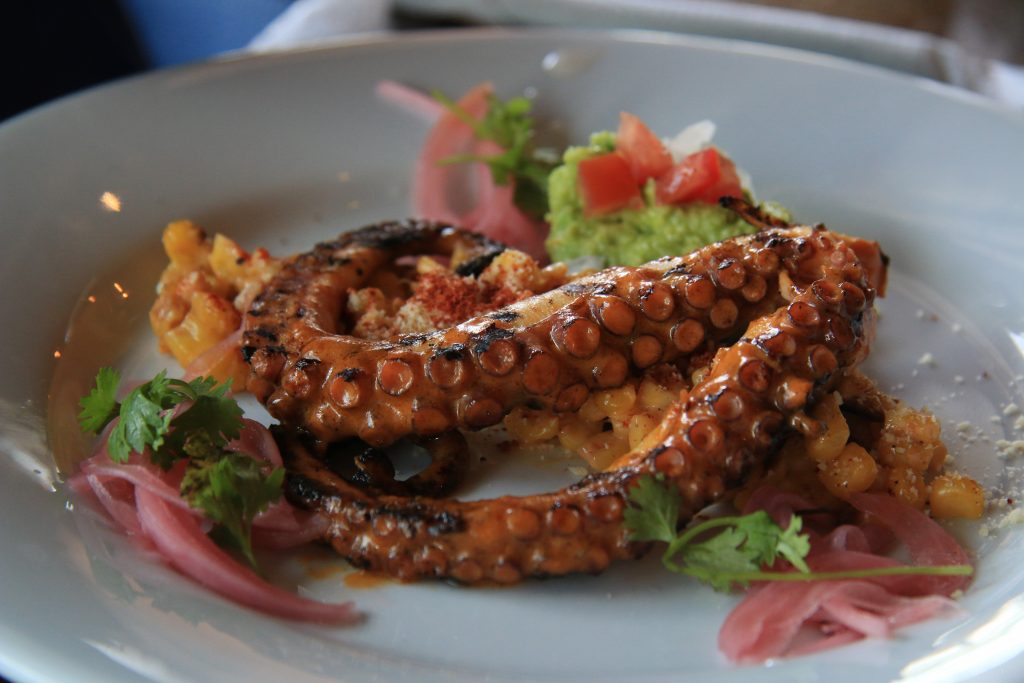 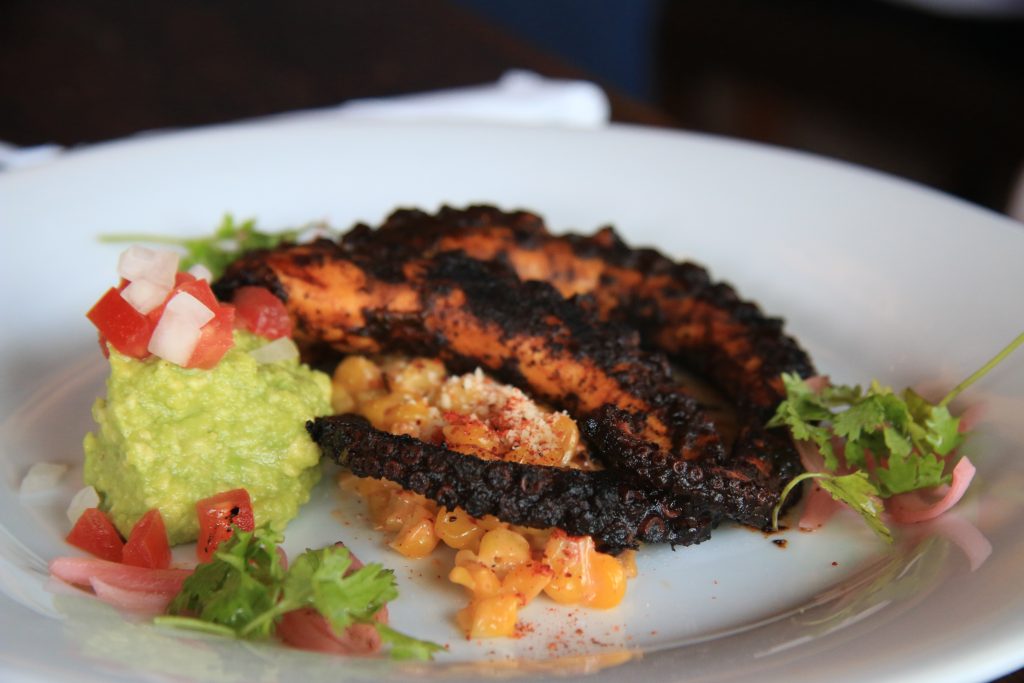 Then, what was probably the favorite dish of the meal, shrimp wrapped in bacon and cooked to crisp, on a lake of home-made tamarind sauce that was out of this world. The kind of sauce you want to stick your fingers in and get the last drops off the plate. And, something original and unseen in many restaurants, perfectly cooked vegetables on the side. Who does green beans in Merida?? And a black rice cooked in octopus ink. Amazing! 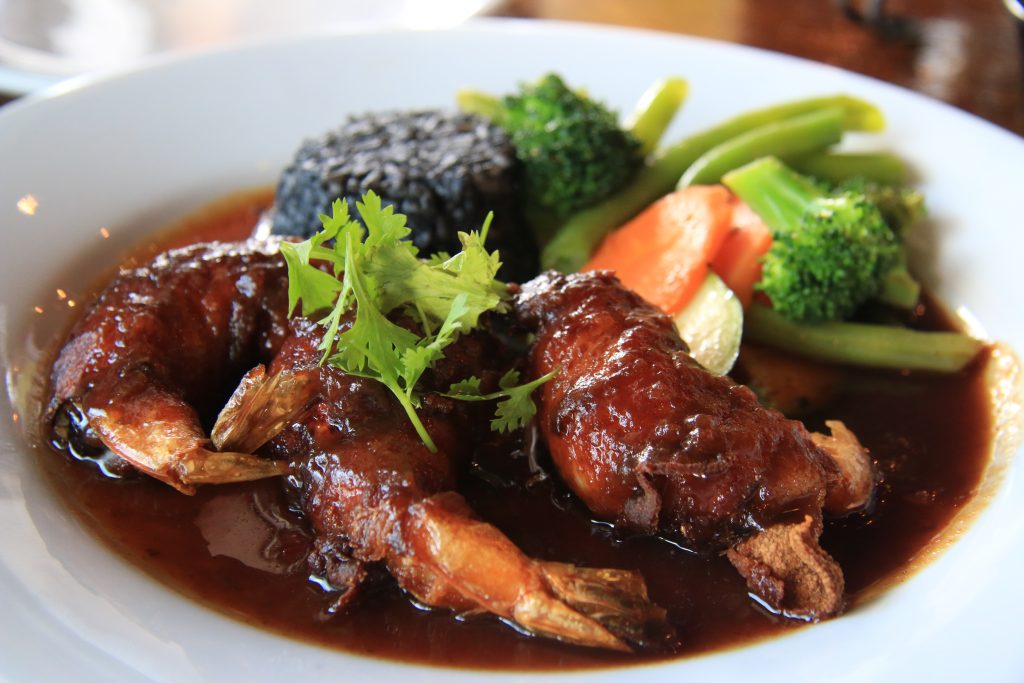 At this point the Better Half and Critic both were thinking that this couldn’t go on much longer as it would be sheer gluttony but there was one more plate to come: a pasta dish, with a cream sauce and fresh crab, baked over with parmesan and panko. This too, proved to be fantastic and was finished to the last noodle, much to the dismay of the ever-expanding waistlines. 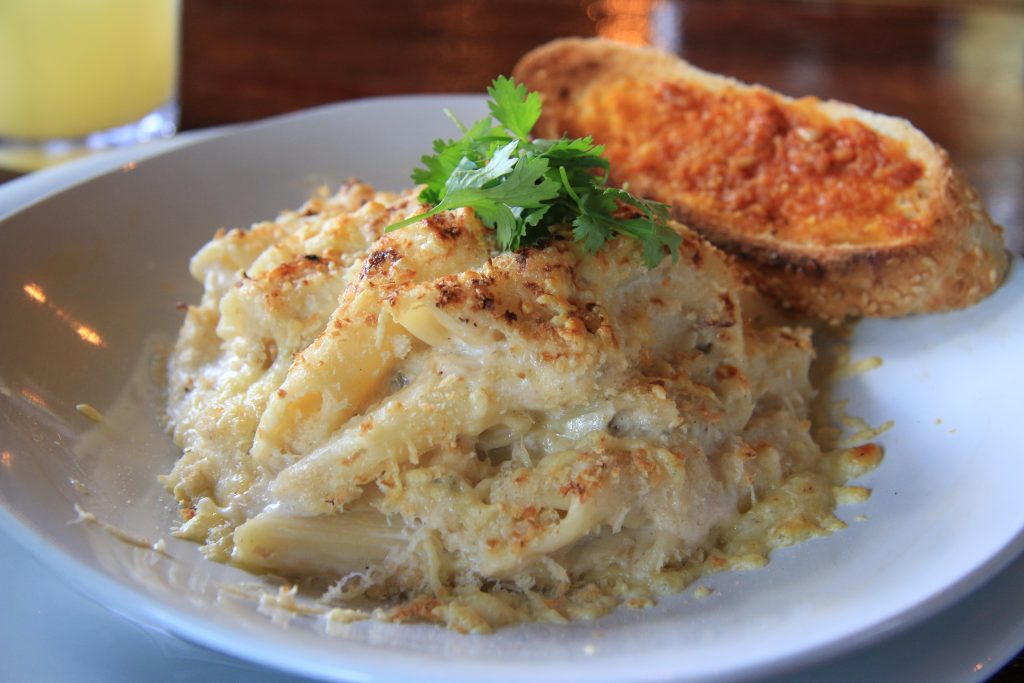 Obviously there was absolutely no room whatsoever to even think about a dessert!

The room is casual; there are two televisions with music videos and a Kraken mural on one wall. The service is laid back but friendly. But the food! It is absolutely worth the drive, for drive you must to this location in Caucel, just past the periferico about a kilometer from the Walmart. The restaurant is located in Plaza Boulevard, behind Lapa Lapa which is what you will see first when you are arriving at your destination. 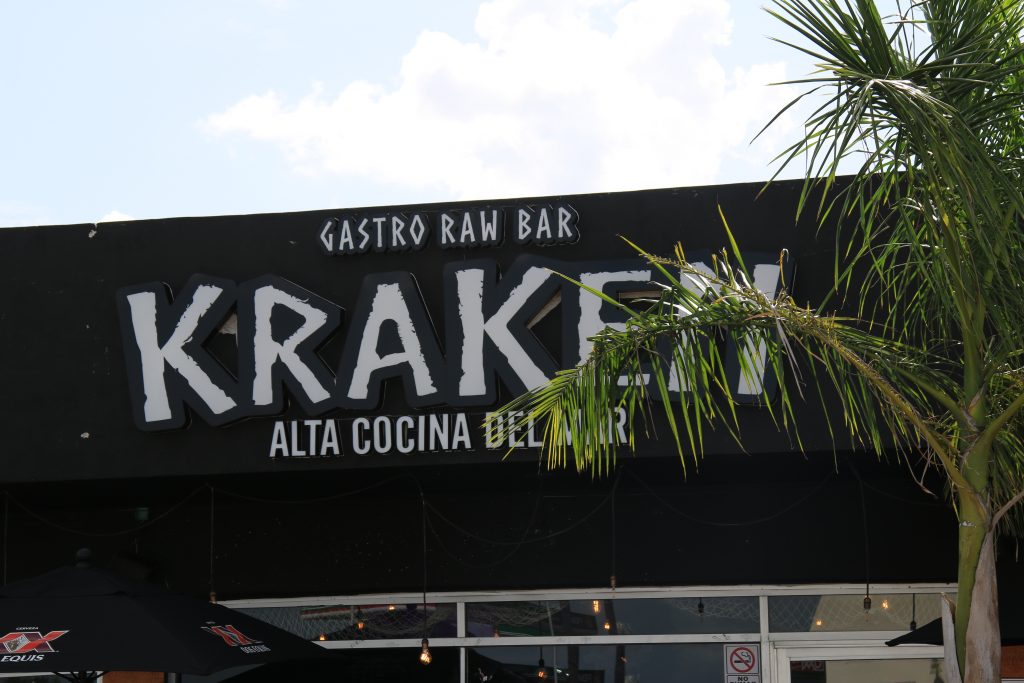 2 thoughts on “The Casual Restaurant Critic at Kraken”