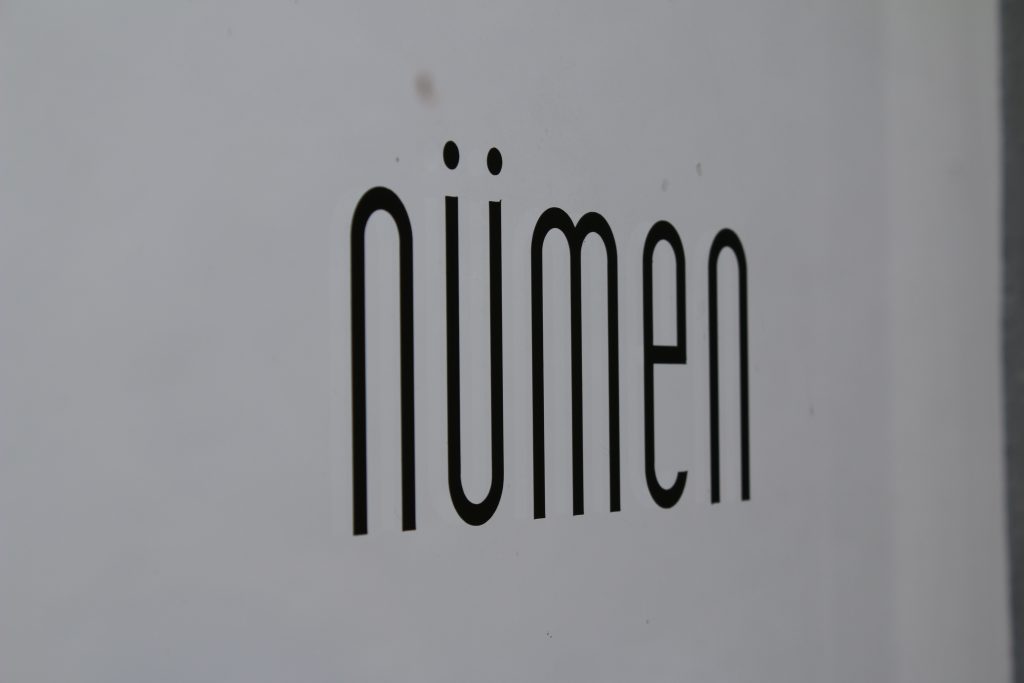 While the Casual Restaurant Critic is a meat lover (and dairy and fish and and and) some members of the Critical Family are vegan, and so, with a resigned sigh and little hope of a decent lunch, the Critic and the Family had lunch at the well-known vegan restaurant Numen, in northern Merida. The result was a mixed bag. Some good food, some OK food and some food that was quite forgettable.

The best option was the tacos al pastor, which is a local favorite and Numen has created a vegan option of this classic. Don’t ask, don’t tell is the Critic’s motto when it comes to what is actually in the vegan version, but it was tasty and satisfying. If he came back, the Critic would definitely have those again.

Most forgettable dish? The pozole. Pozole is a rich broth with all kinds of meaty juices and in this case, it was sliced mushrooms and hominy floating in a barely salted broth that was really quite watery. Not satisfying at all, ITCO. In between was the Critic’s dish, a pasta with tomato sauce, which he could have made at home but was tasty enough and the Critic devoured it down to the last spiral of fusilli.

Some photos will illustrate that the dishes are beautifully presented. The service was average, not horrible, but not particularly gracious or charming either. 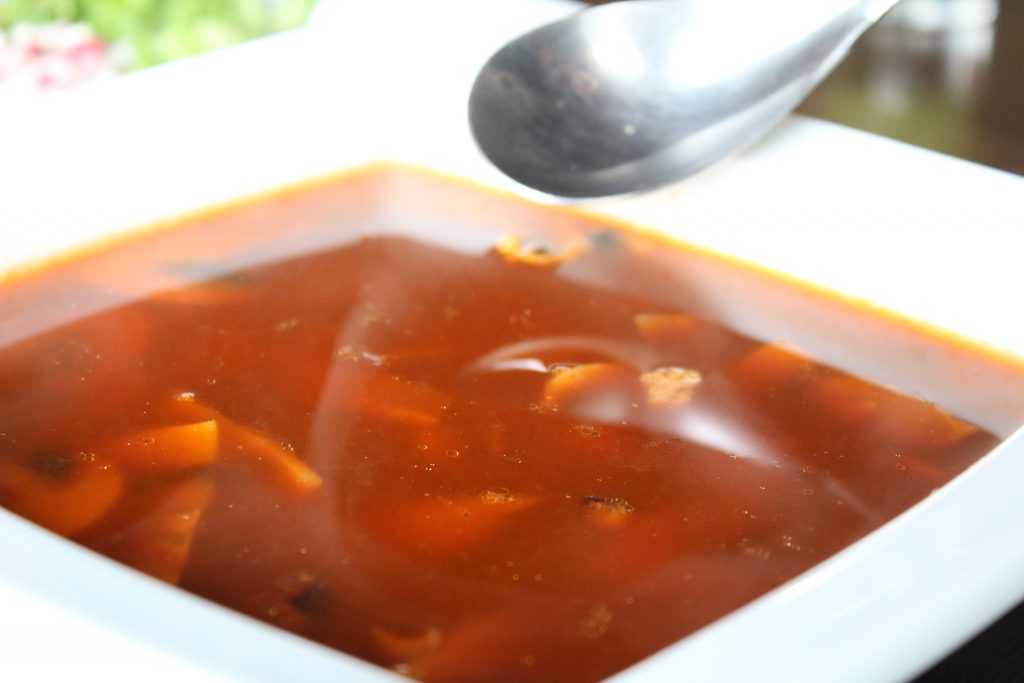 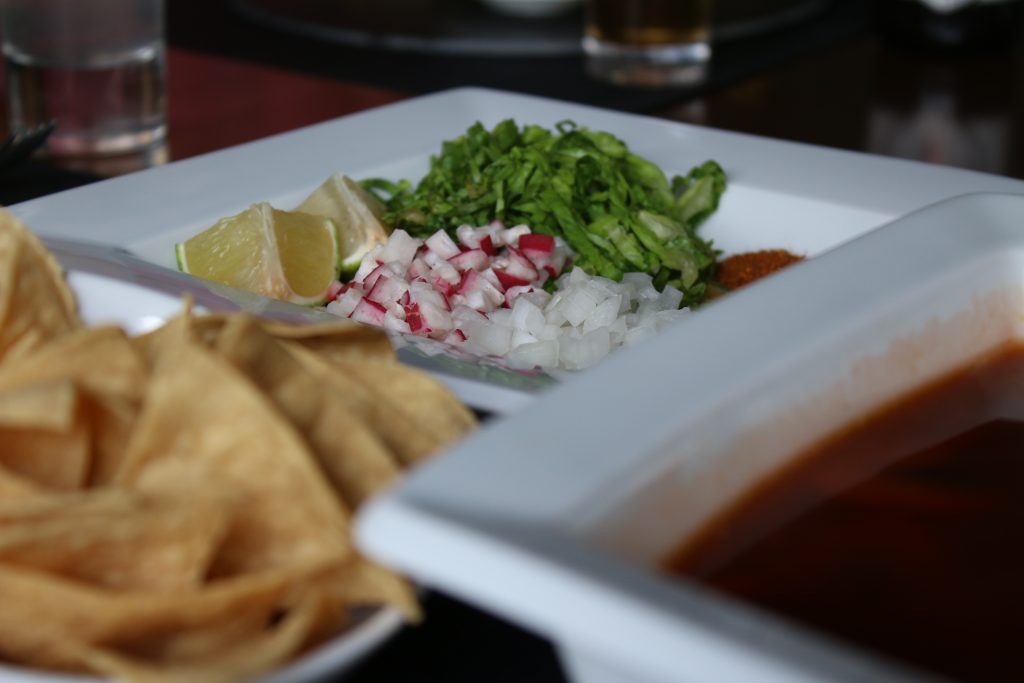 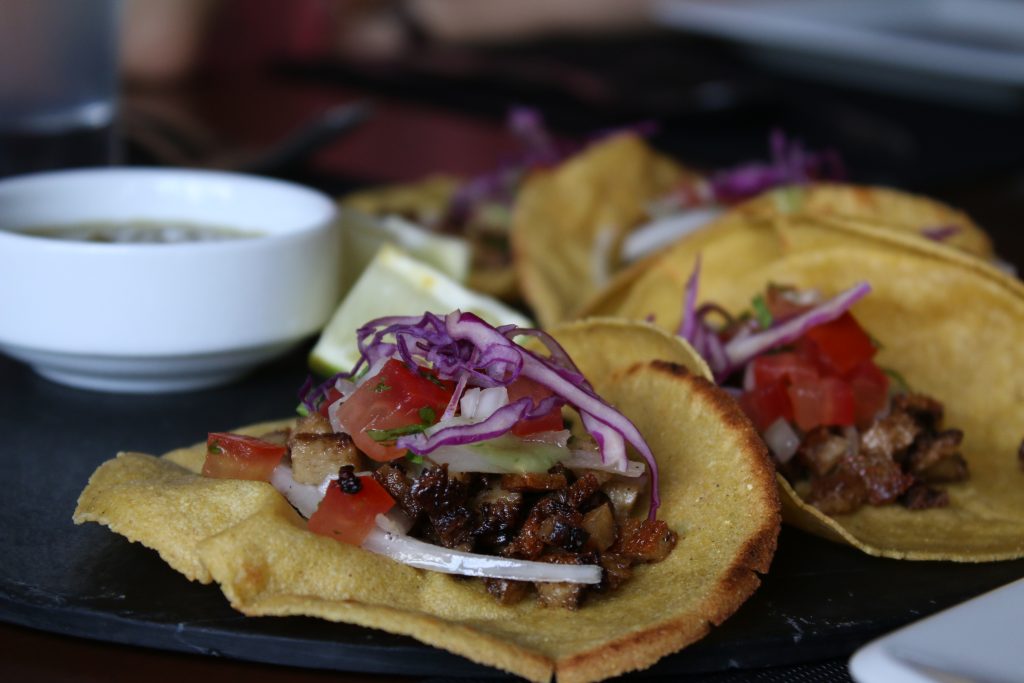 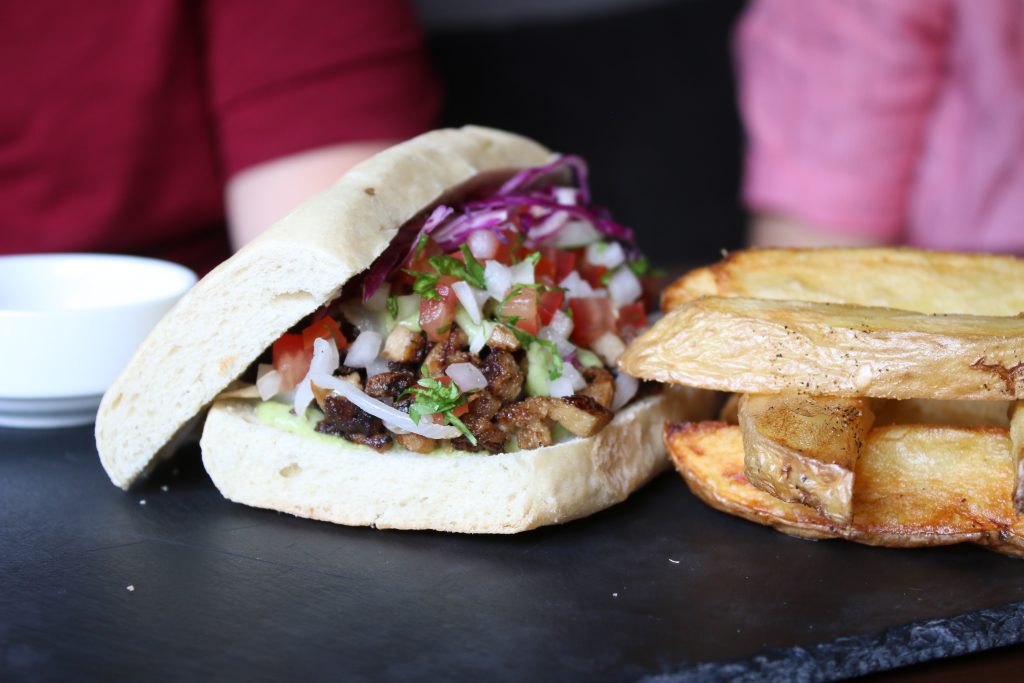 Torta de Empanizado, which was sort of a bean paste, and not great at all 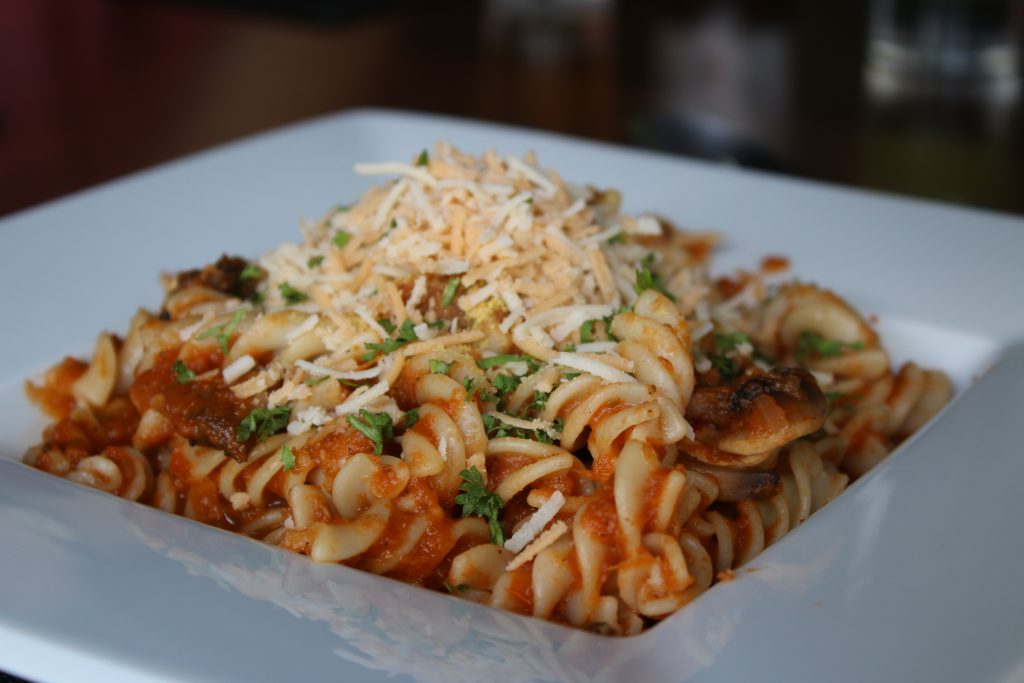 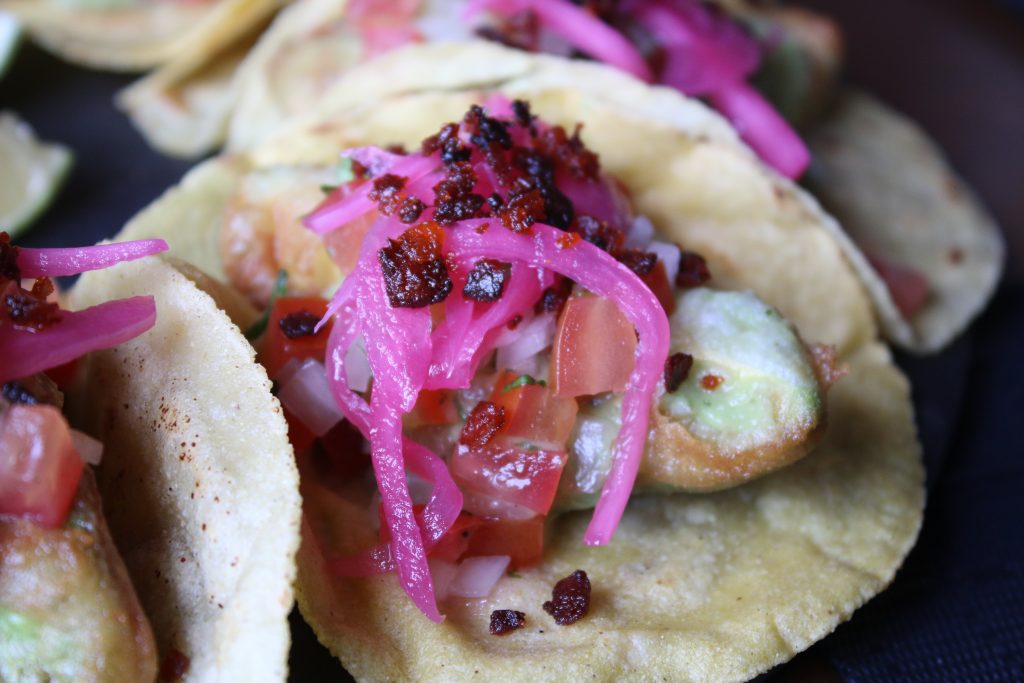 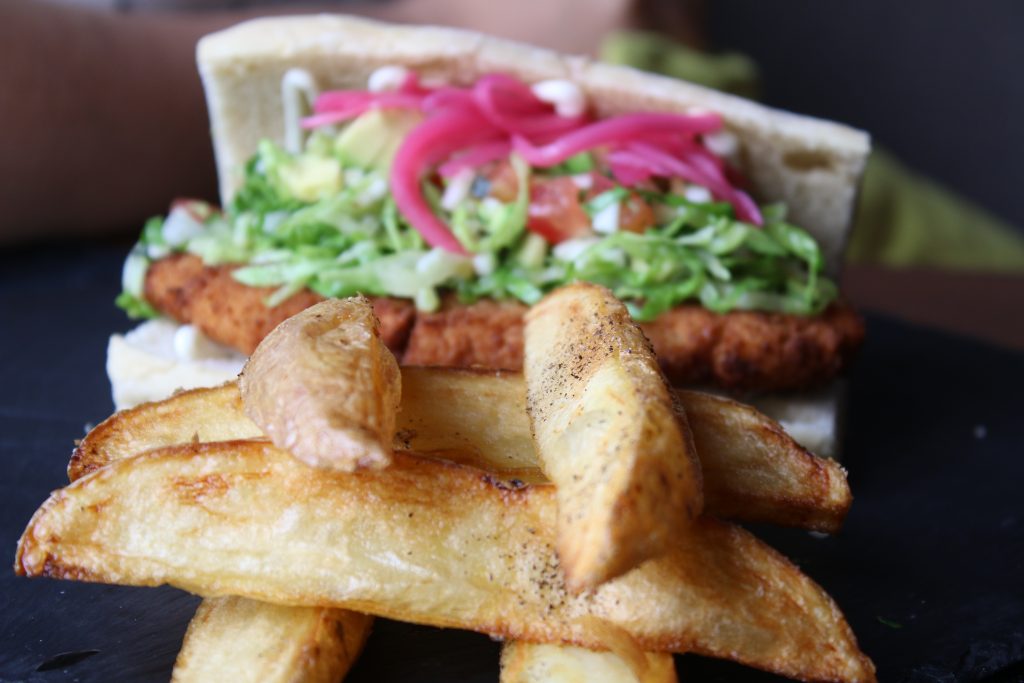 The accompanying fries were the best part of this empanizado torta 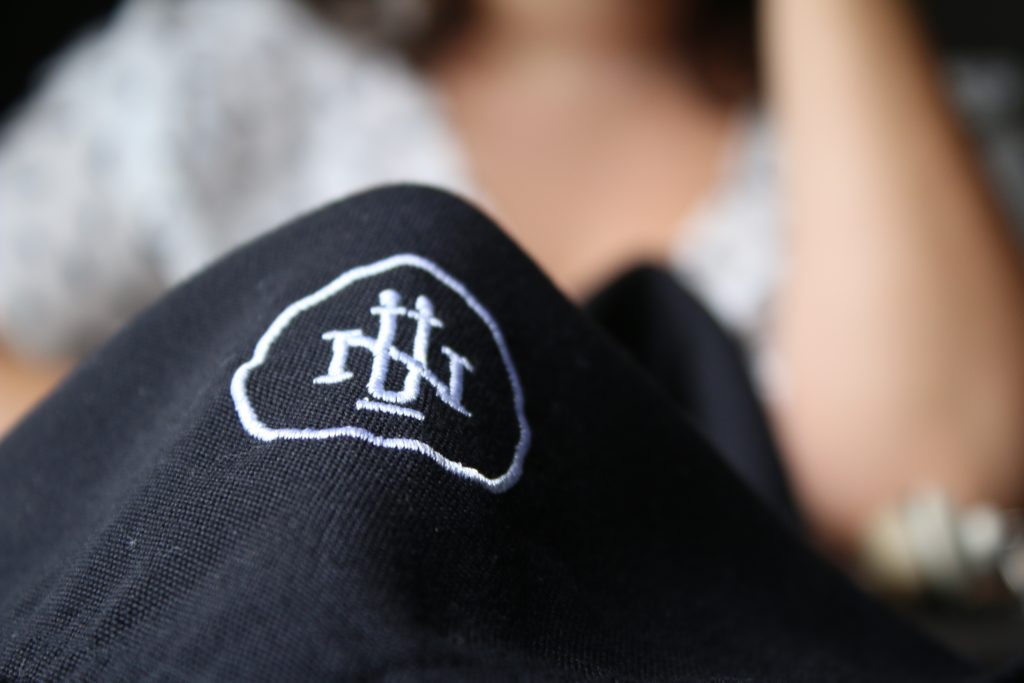 One thought on “The Casual Restaurant Critic at Numen”