Another upscale steak-focused restaurant opened a short while ago at the busy intersection of periférico and the City Center shopping center, where traffic is hideous during busy moments and horrendous at all other times. The restaurant is Cien Fuegos and it takes over the space once occupied by the doomed Tony Roma’s franchise.

Speaking of traffic, there will soon be yet another massive building opening there complete with a Camino Real hotel, so it will be interesting to see how Merida’s overly qualified traffic wizards will manage the results of a total lack of urban planning. The only plan seems to be “make it as much like Mexico City as possible” as if that were something even remotely desirable. But the continent was conquered with the help of colored beads and glass, and that legacy persists to this day.

Alas, once again the Critic digresses.

Having visited Cien Fuegos just recently during the pandemic and its limitations on how many people can be in a restaurant the Critic and his generous Better Half enjoyed a meaty meal in a very upscale setting. Service was attentive and all protocols were implemented. The Critic and BH were happy to be able to remove masks as the virus evidently respects humans when they are eating.

A hostess meets and greets, squirts gel and takes your temperature with the plastic pistol everyone has become accustomed to. Once seated, hunger overcame the Critic and BH and guacamole was ordered and devoured, followed by massive rib eye to be shared, served on a hot plate and sliced to allow serving oneself. The guacamole is interesting. The onions are grilled and it features ants. Yes. Other accompaniments were mushrooms and a grilled veggie platter. Thankfully no carbs were ordered as the food was too much to finish properly, and no room for desserts either.

This restaurant would be a good place for a group (six people or less per table at present) or anyone in a celebratory mood. The music is a little loud for whispering sweet nothings in one another’s ears and even regular conversation but the latter is probably because the Critic is old and decrepit and that’s what oldsters do, complain about the noise. Anyone remember the Grinch? That was one of his least favorite aspects of the Who’s celebrating Christmas.

Cien Fuegos has valet parking or you DIY under the building where there is a smallish underground lot. 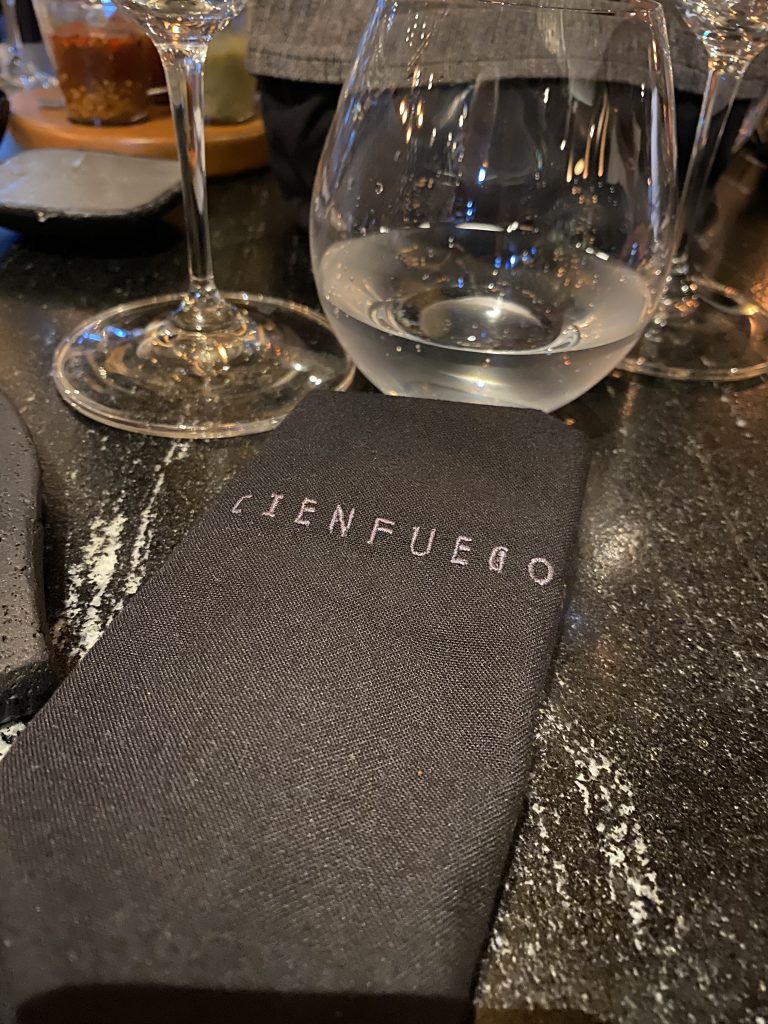 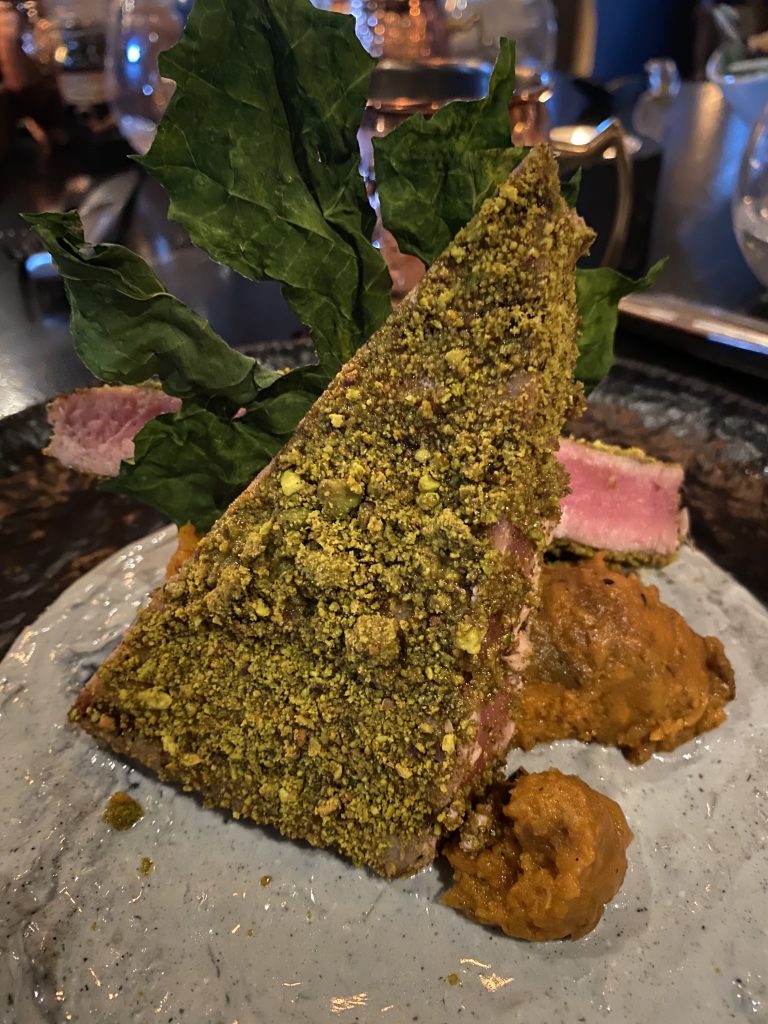 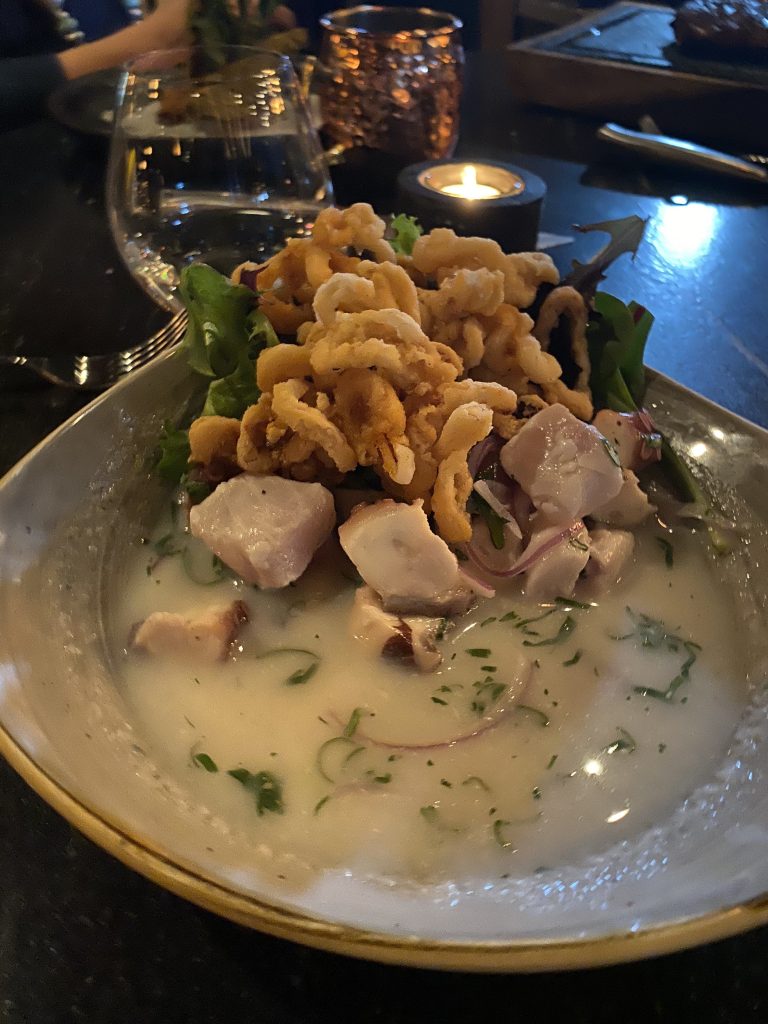 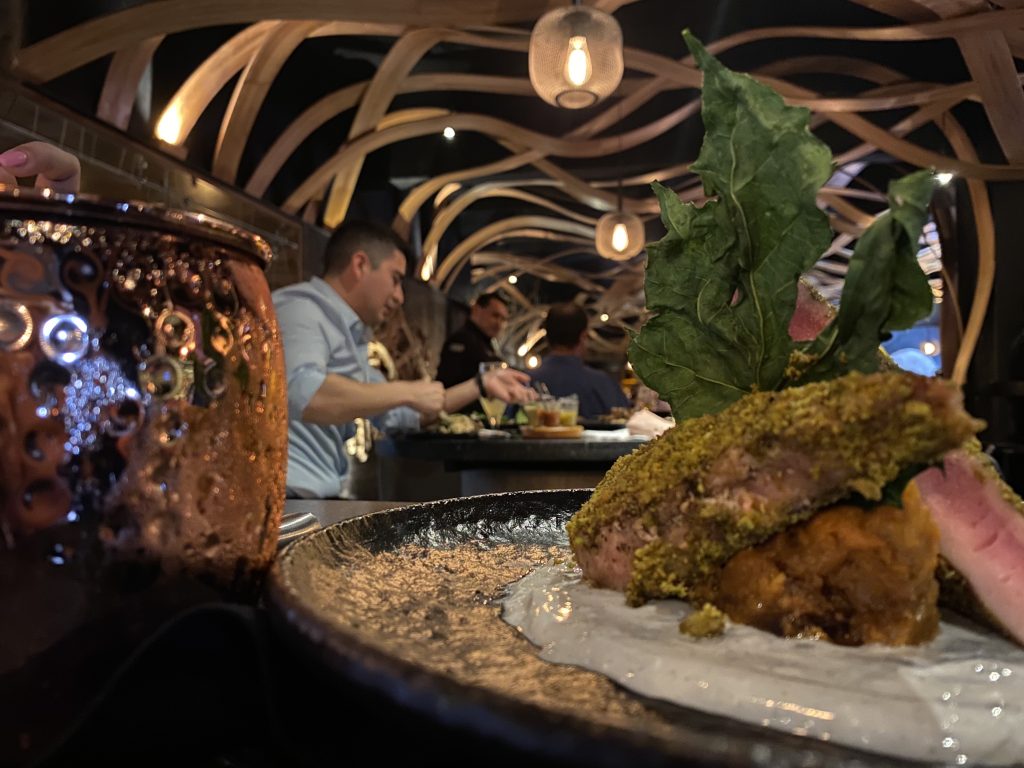 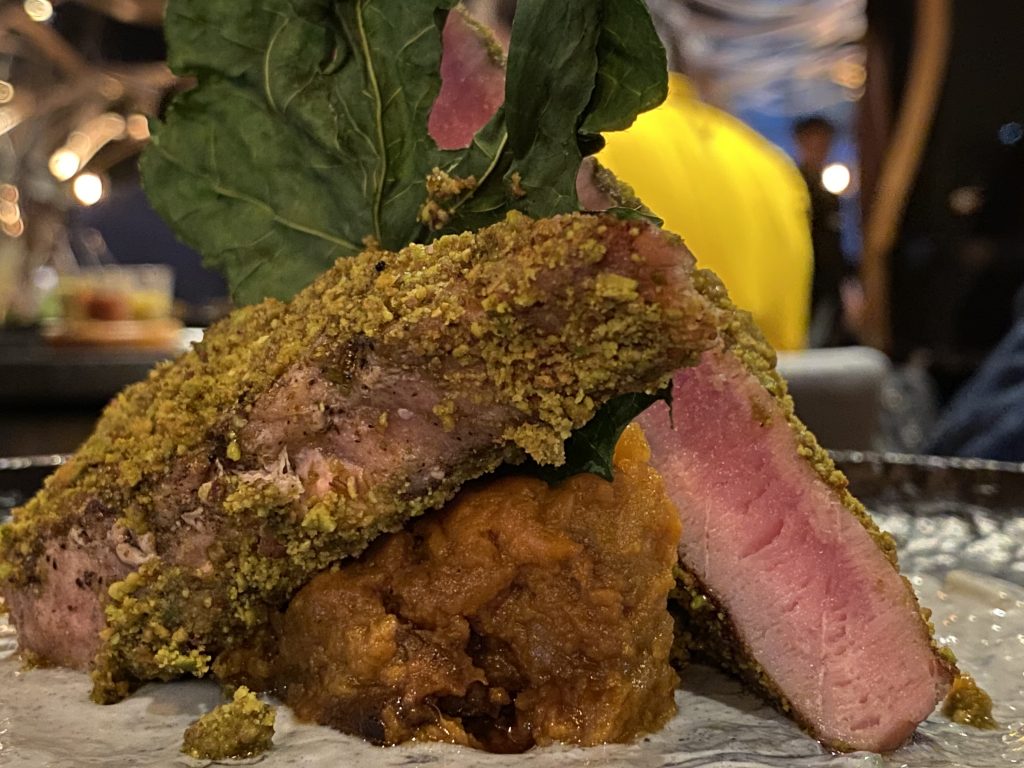 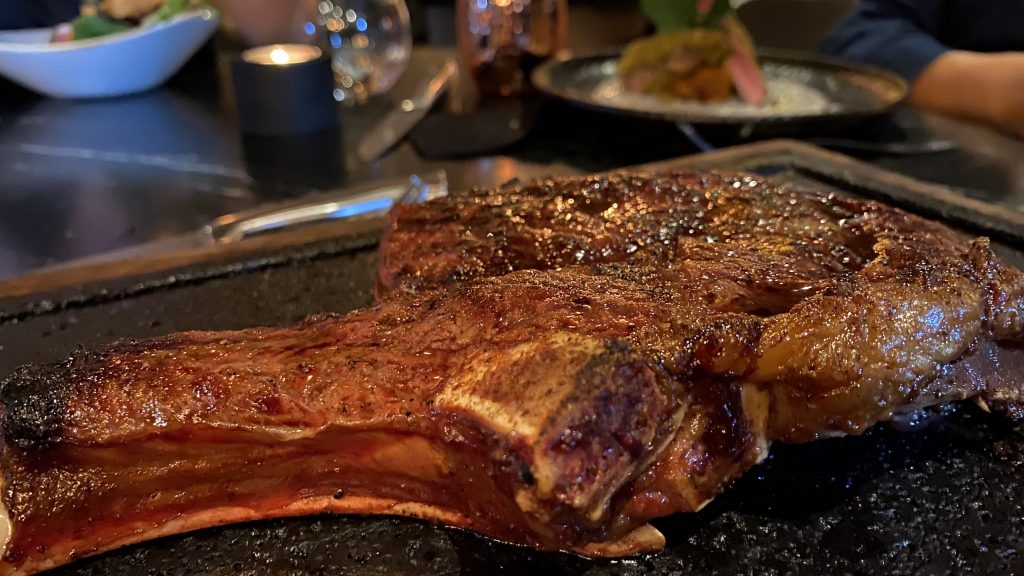 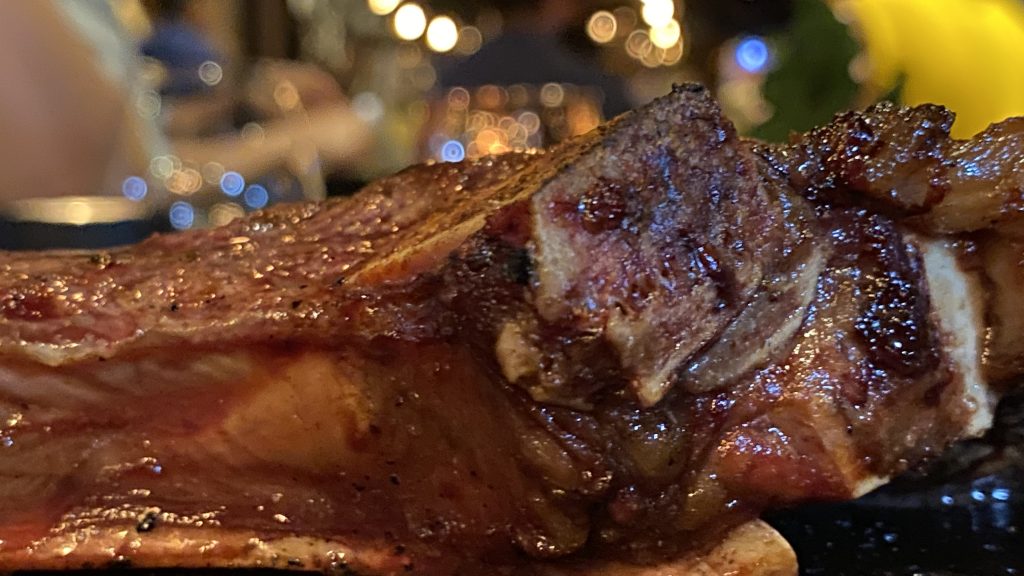 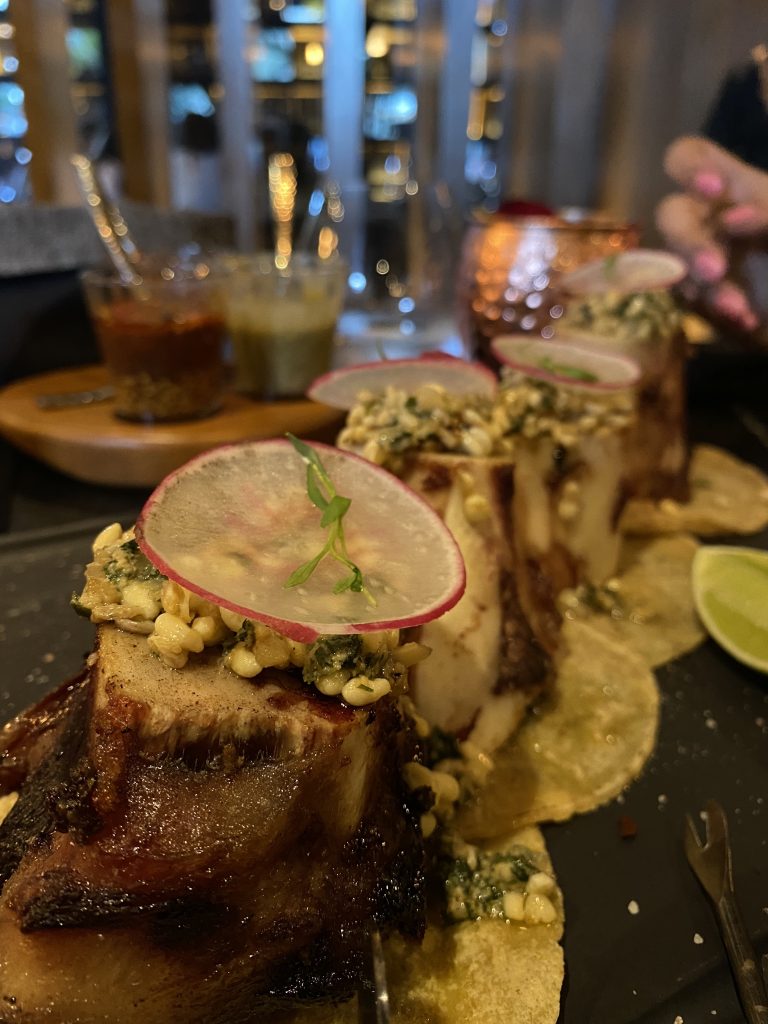 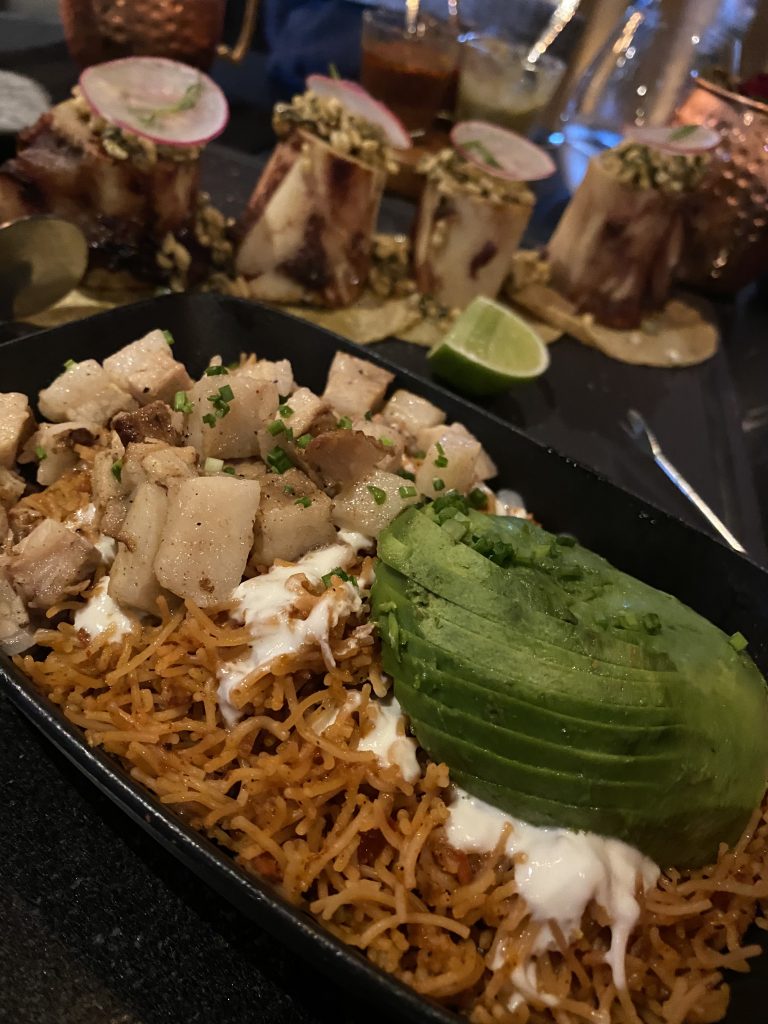 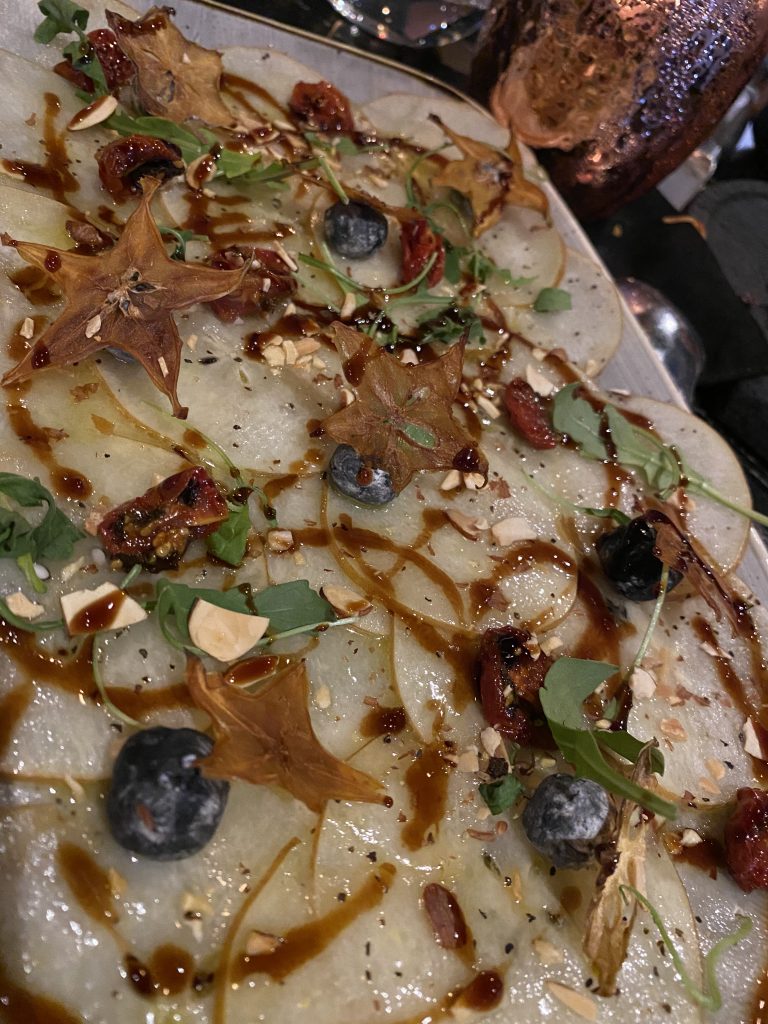