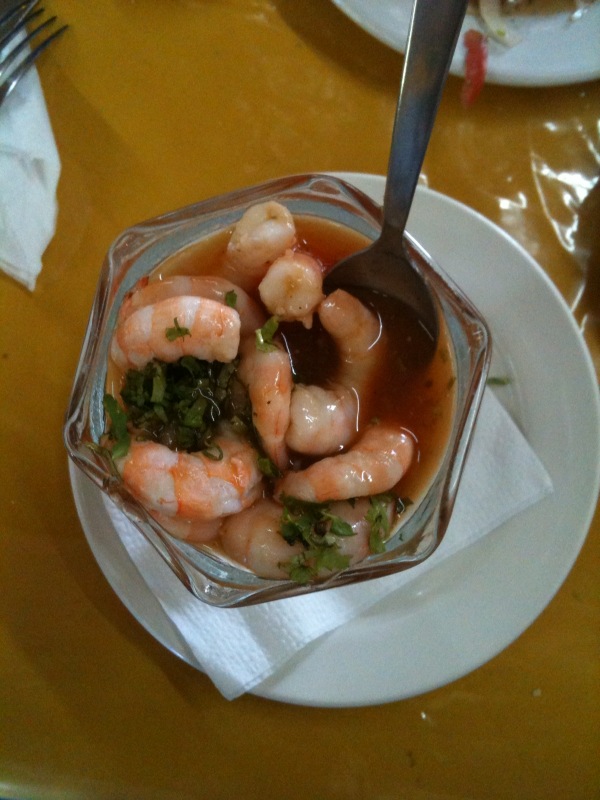 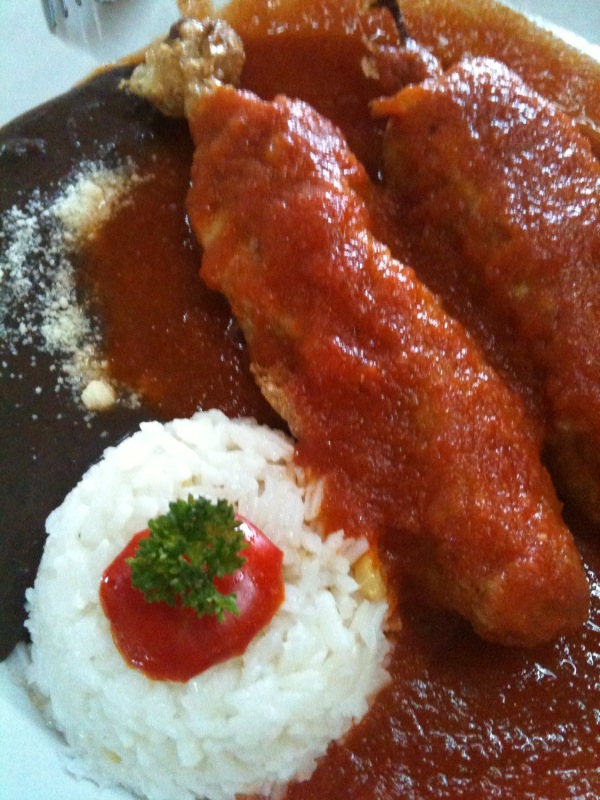 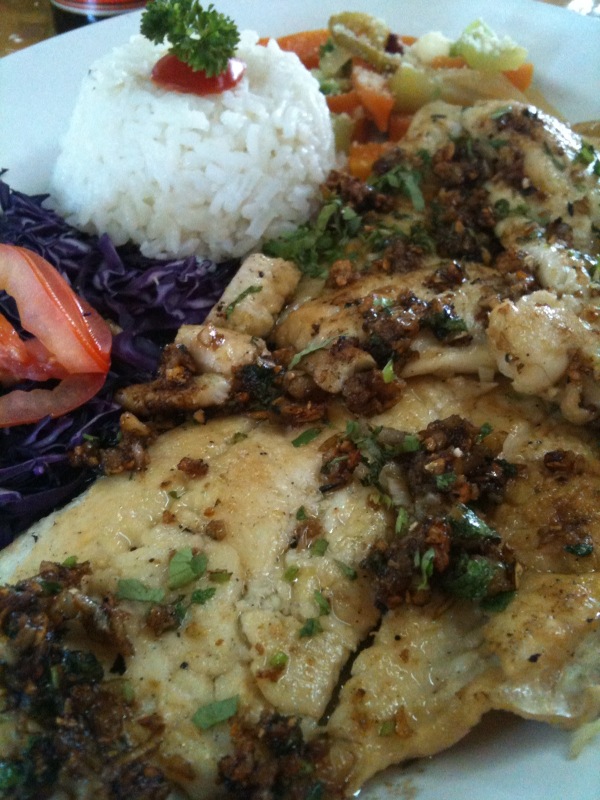 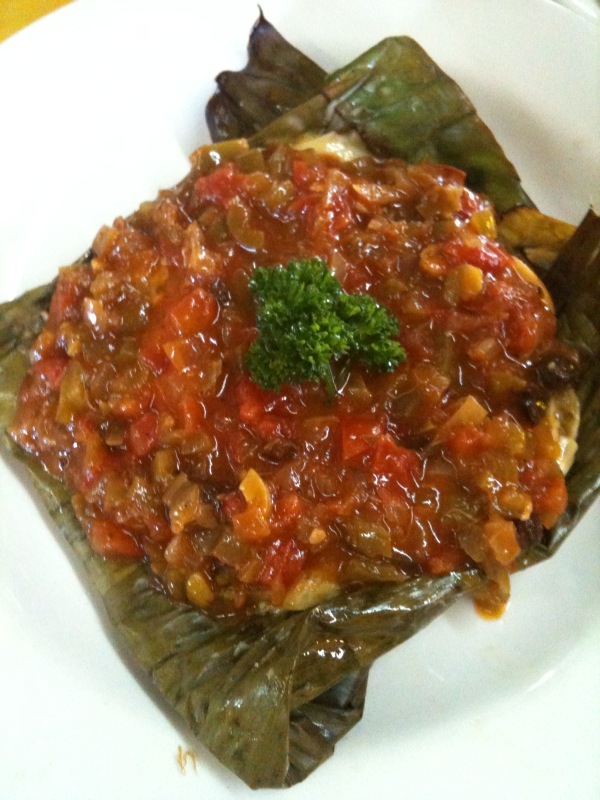 Since the Diario de Yucatan reports that Jorge Esma from Cultur is not saying a word about how the financial situation is after the Elton John concert, I thought I would post something completely unrelated and different. Even unexpected. It’s my recipe for the lunch I made at home today – spaghetti topped with salmon and cream.

Cook as much pasta as you want (this recipe is idea for 2-3 people) al dente or however soft or hard you like. There was this lady who used to keep leftover pasta in a Tupperware container in her fridge, soaking in water. Really. Whenever she felt like pasta, there it was! Just reheat and serve. If you do this also, take it out of the fridge and throw it away, for gods sake and make some up fresh!!

As the pasta is cooking, finely chop half an onion and two garlic cloves. If you are lazy like me you can now buy chopped garlic at an upscale supermarket like Superama where only the salchichoneria staff are as unfriendly and overly familiar as they are in any other supermarket. The rest of the staff is more or less friendly and helpful.

Throw the chopped onions and garlic into some olive oil in a pan and simmer over low heat. In the Yucatan, you are using a gas stove instead of one of those horrendous electric jobs they sell you in Canada or the USA; gas is the way to go if you want better control over your heat. Unless of course the brand is Mabe, which in my house is synonymous with absolute crap; if you turn the flame down to simmer those onions and garlic, you will be driven mad by the ‘tick tick tick’ sound it will continually make until the heat is back up to full power. That’s the spark/igniter doing it’s thing and, well these aren’t Viking stoves, people.

While the pasta and the onions are doing their thing, get some of those great Kalamata olives you can now find at Costco, already pitted and full of real flavor. Use about a handful, and chop ’em up and throw those in with the garlic and onions. Check the pasta while you’re at it.

Two tomatoes, also chopped, can then be added to the sauteing goodness in that pan. Stir it up a little to mix everything and ensure nothing is burning.

Remember that salmon you made yesterday? The one from Costco, a whole half fresh salmon. You roasted it in the oven at 180 degrees (C) with Montreal Steak Seasoning on it and didn’t finish it, remember? Well take a chunk of that from your fridge; about the size of a large hand, and with a fork or whatever’s handy, break off bite size pieces and throw them and all those little pieces that break off, in the onion/garlic/olive/tomato mixture and continue over low heat, stirring occasionally.

Don’t over cook that pasta. Strain ‘n’ Drain when ready and cover while you finish the sauce.

To the simmering salmon, add a half container of fresh cream. By fresh I mean not the canned variety. Alpura makes the best dairy products, from yogurt (also spelled here as yoghurt, yoghur, yoghurth, yogurth, among others) to milk to butter to cream. Speaking of dairy products, one of my favorite awful names for cheese is a brand called Gonela. What does THAT name conjure up in your mind? Anyway, stir it up until it mixes nicely and acquires some consistency. Add salt if you wish.

Serve pasta in bowls and spoon over the salmon cream mixture. Enjoy!