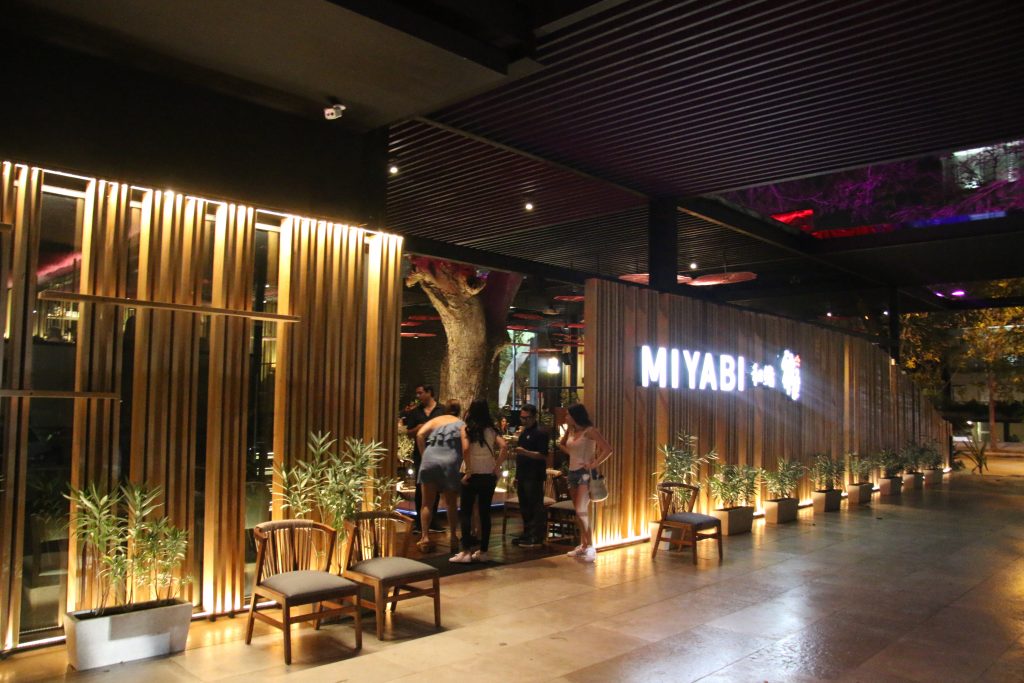 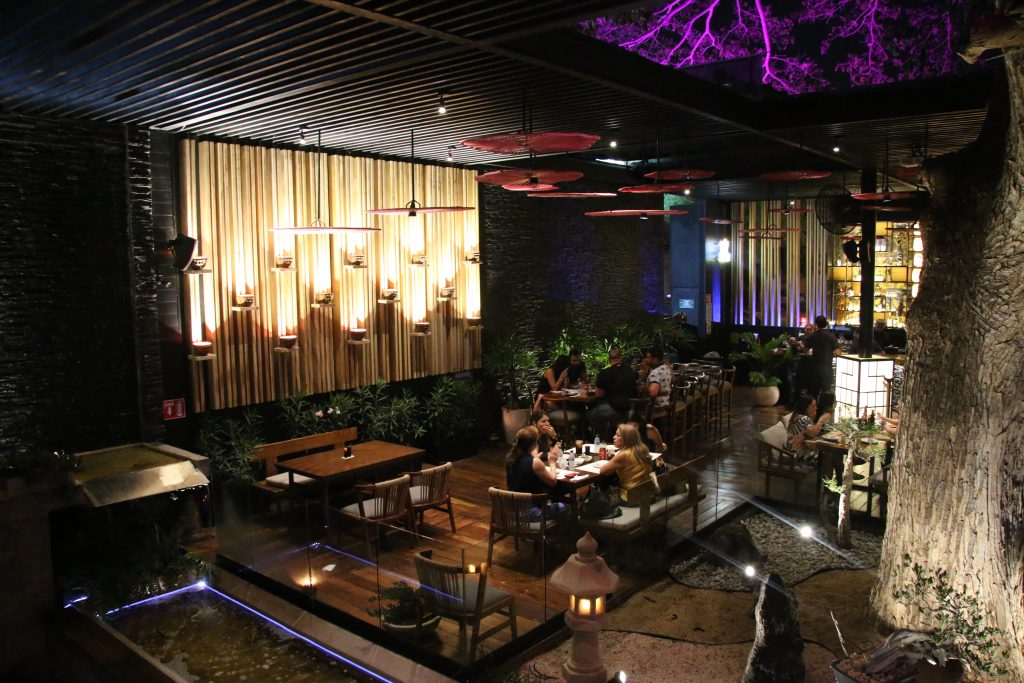 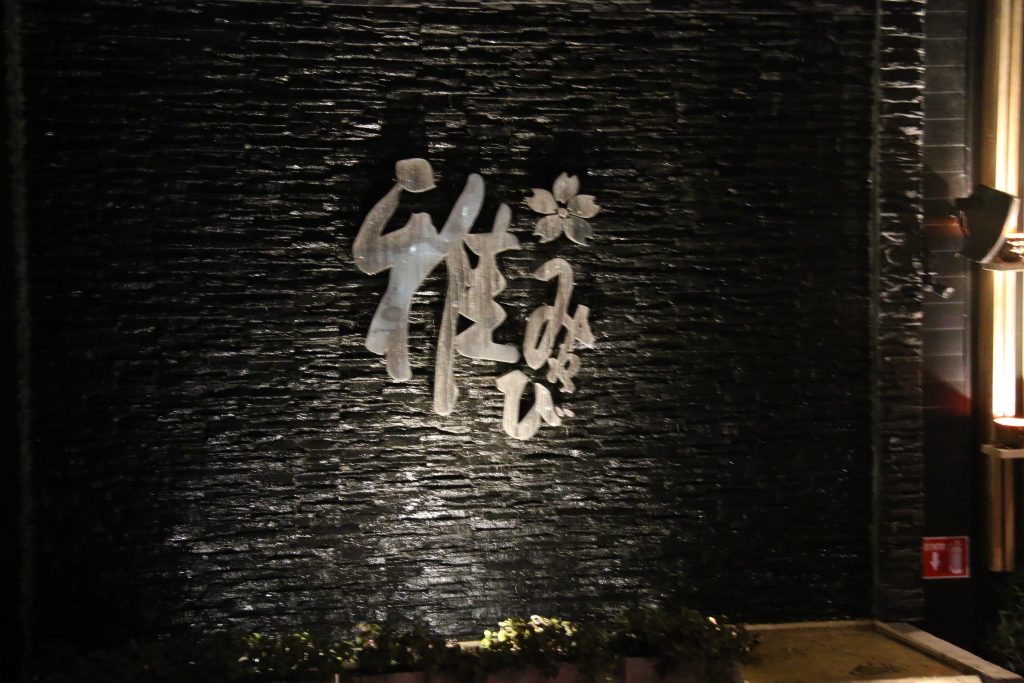 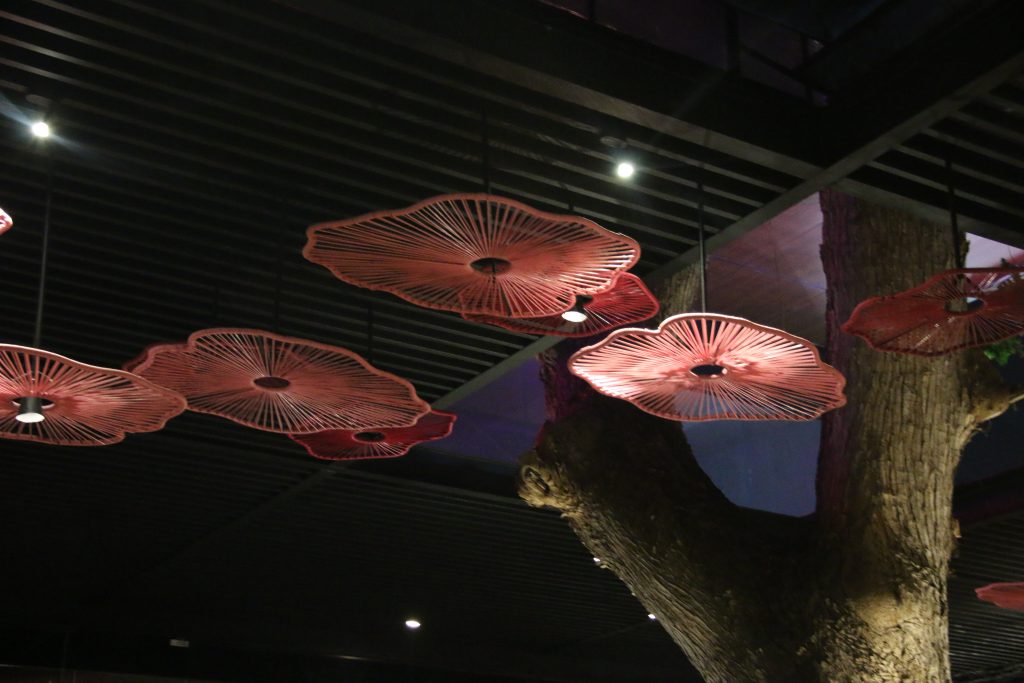 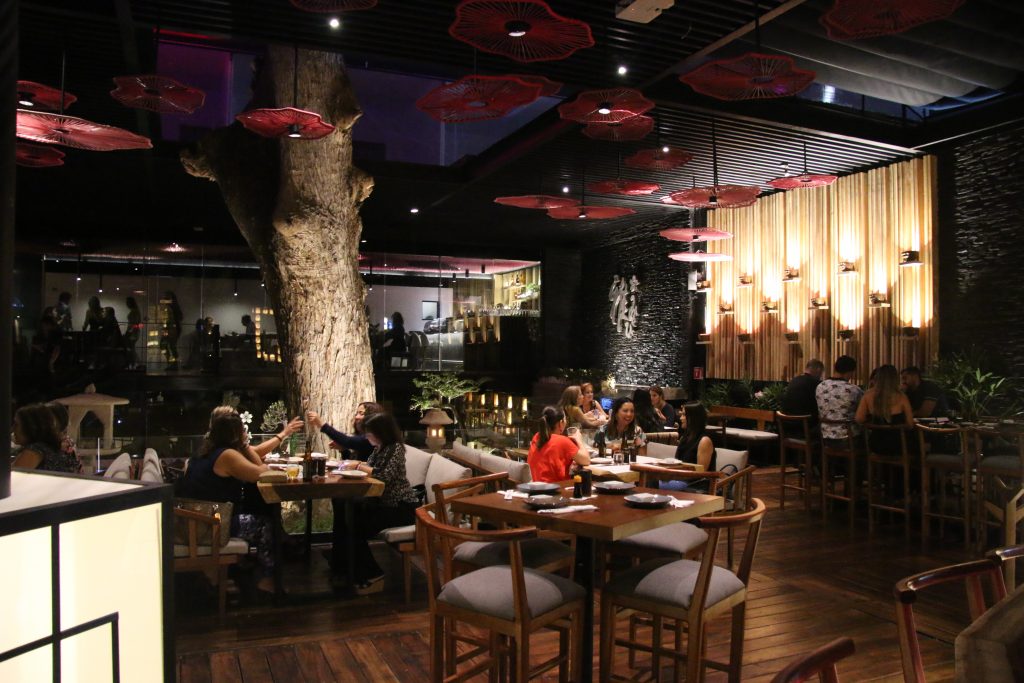 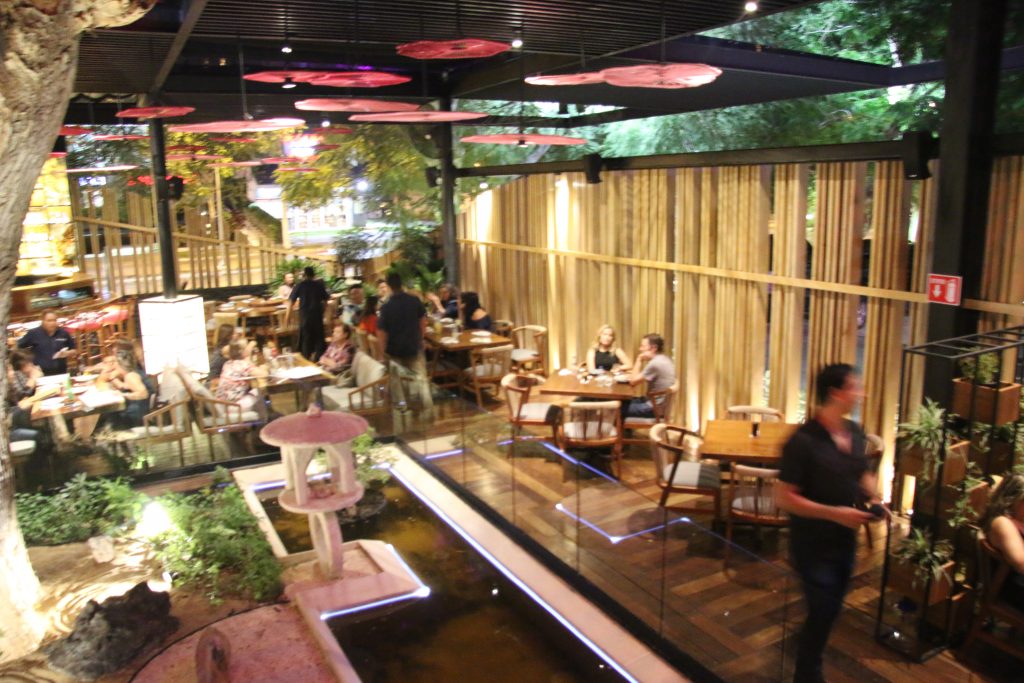 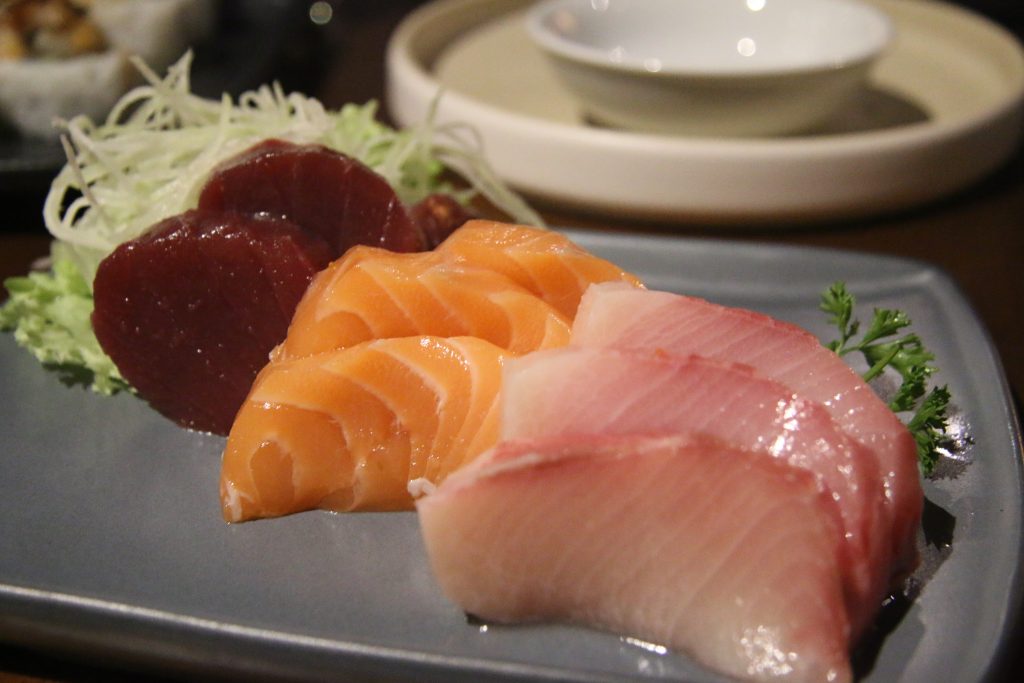 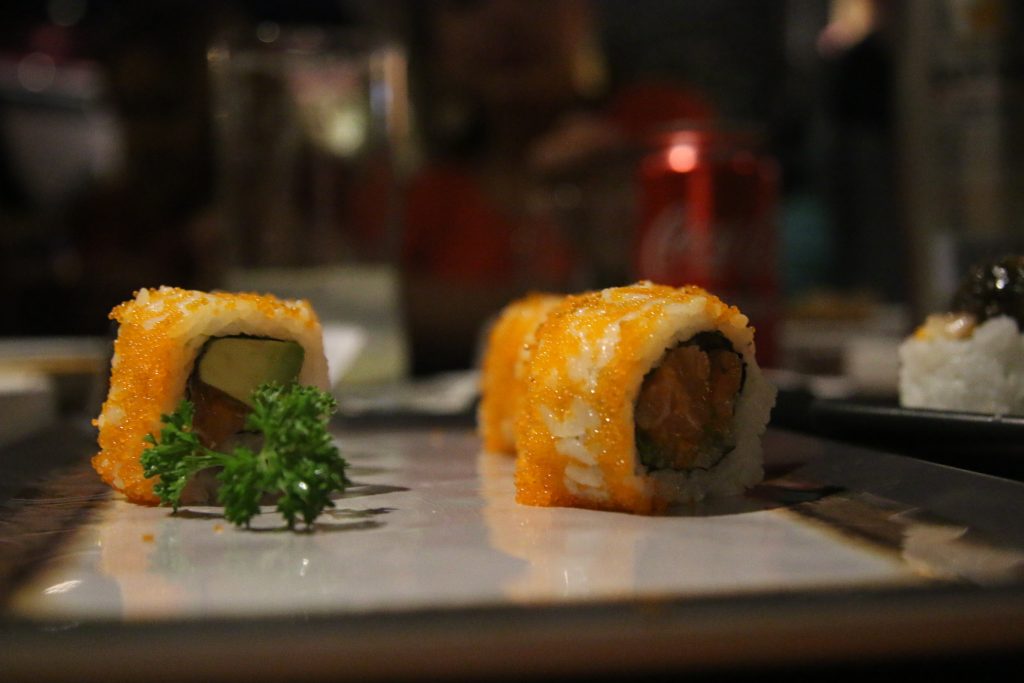 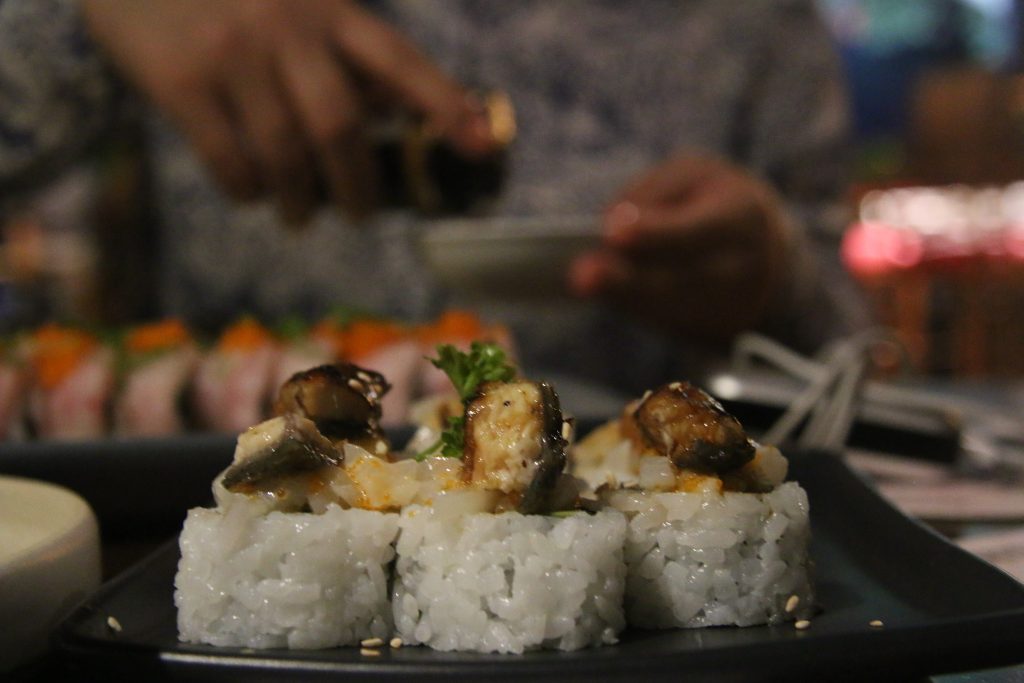 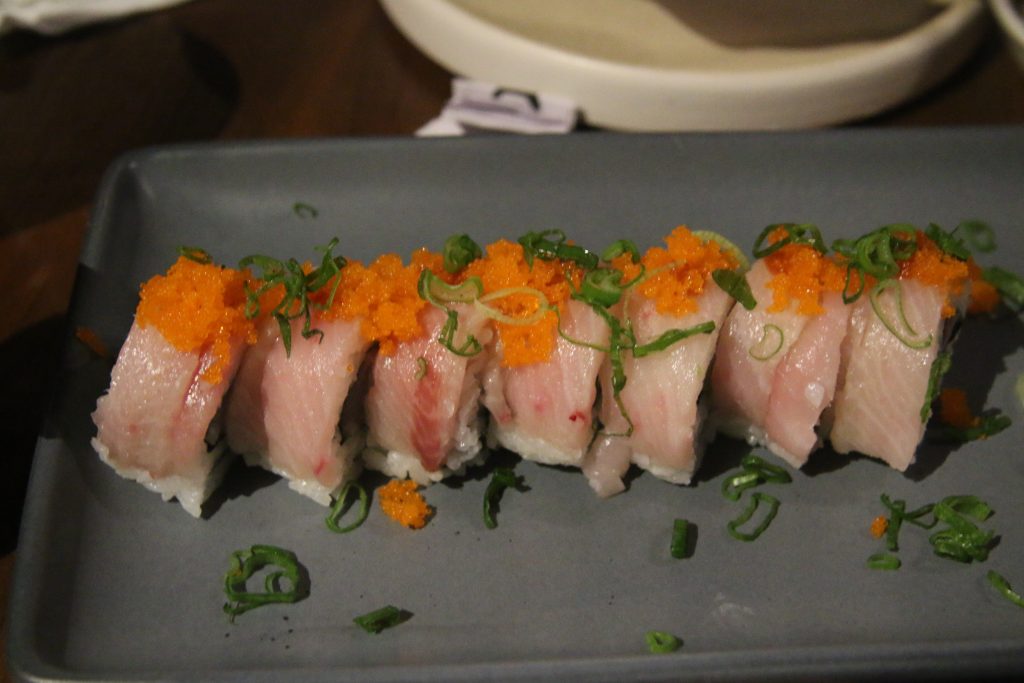 Diez Diez is a new boutique hotel offering that is in the works just a block off Paseo de Montejo. The kickstart party to the construction which is underway as you read this was at the end of January. Some music, some drinks and some classy snacks from chef Roberto Solis (Nectar, Orori et al) made for an interesting evening, meeting the project founders, architects and promoters.

Should be interesting – stay tuned! 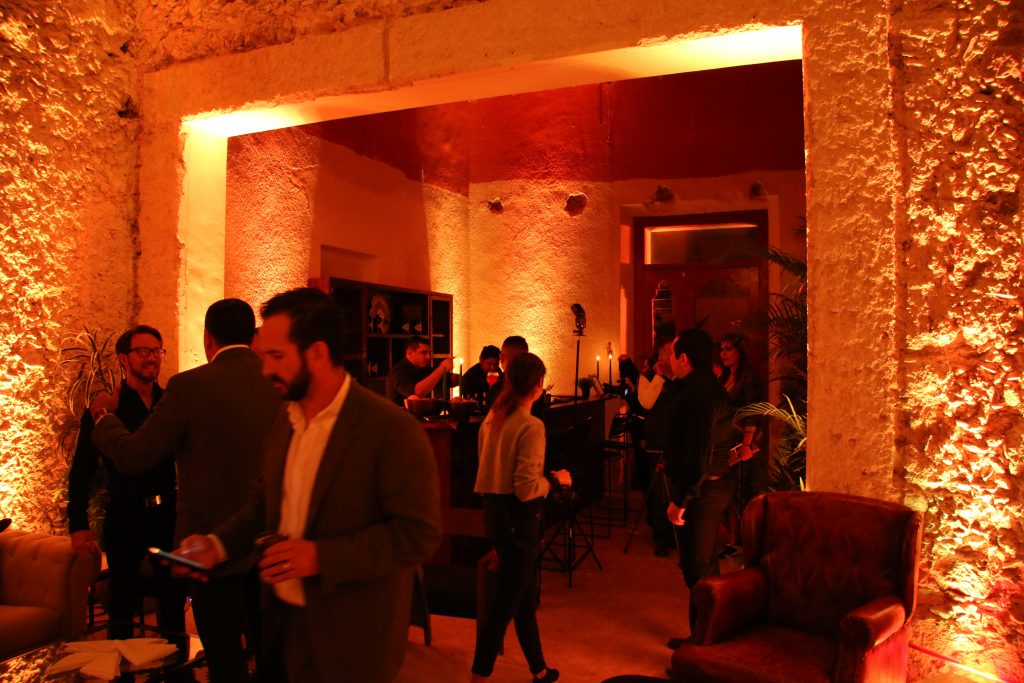 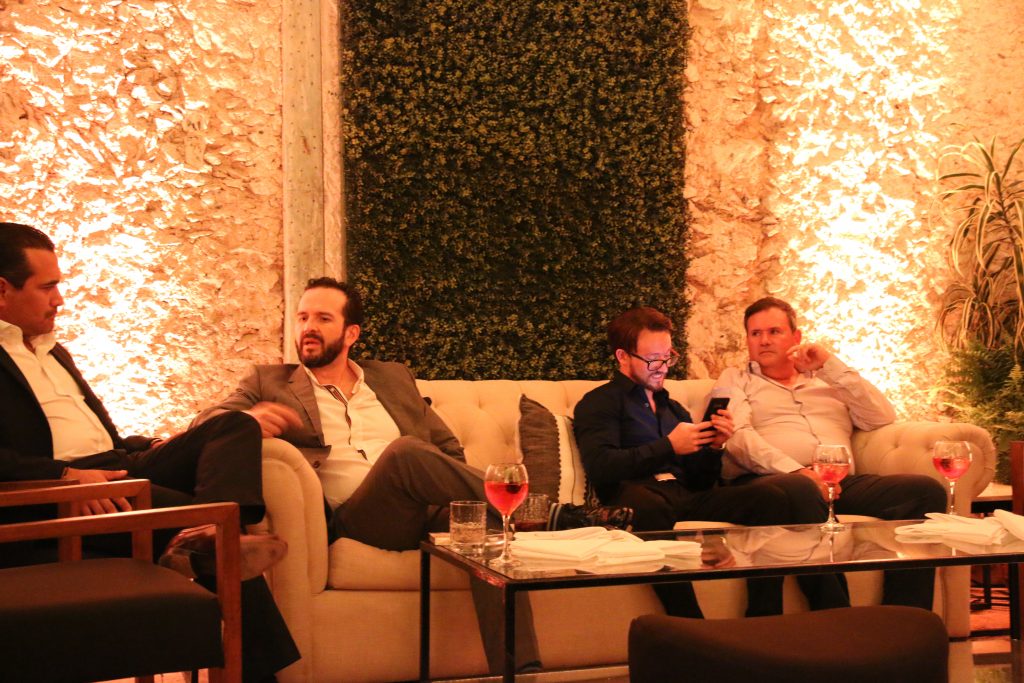 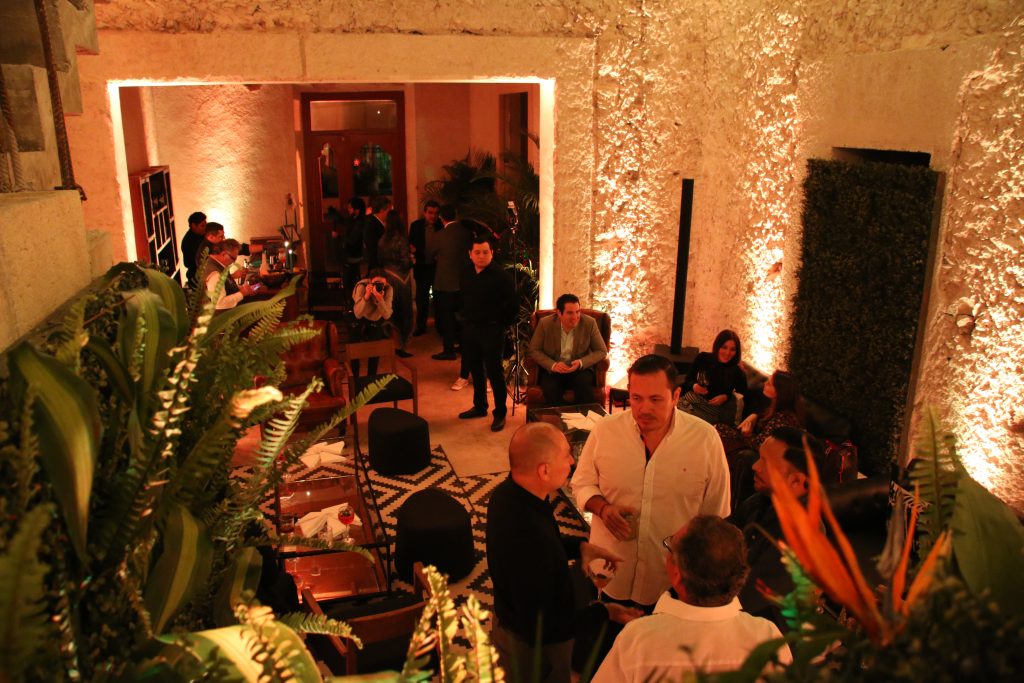 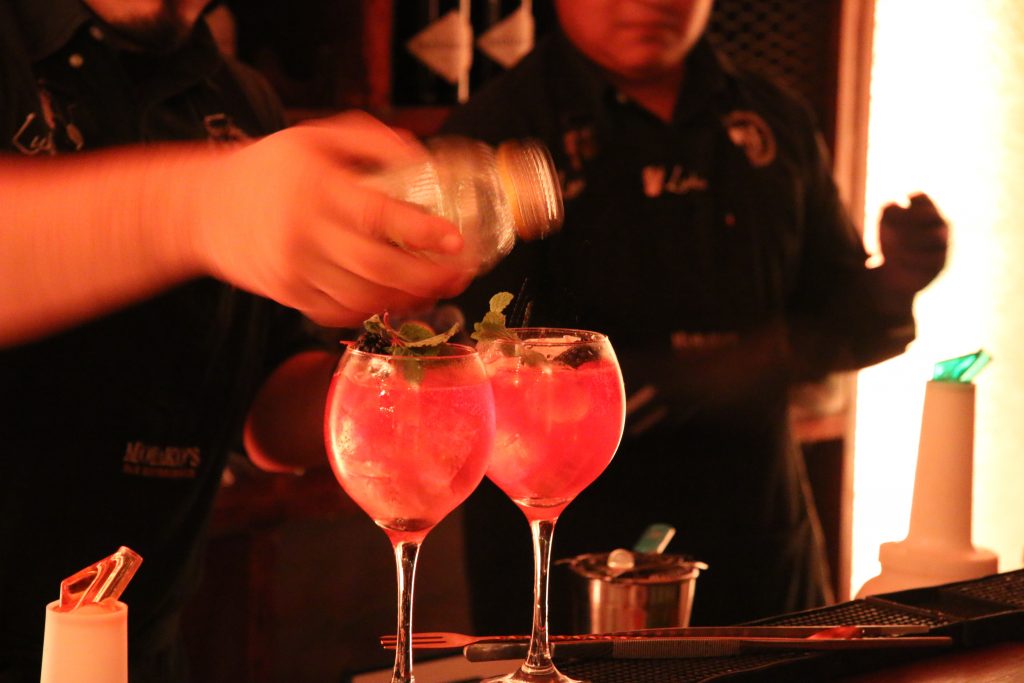 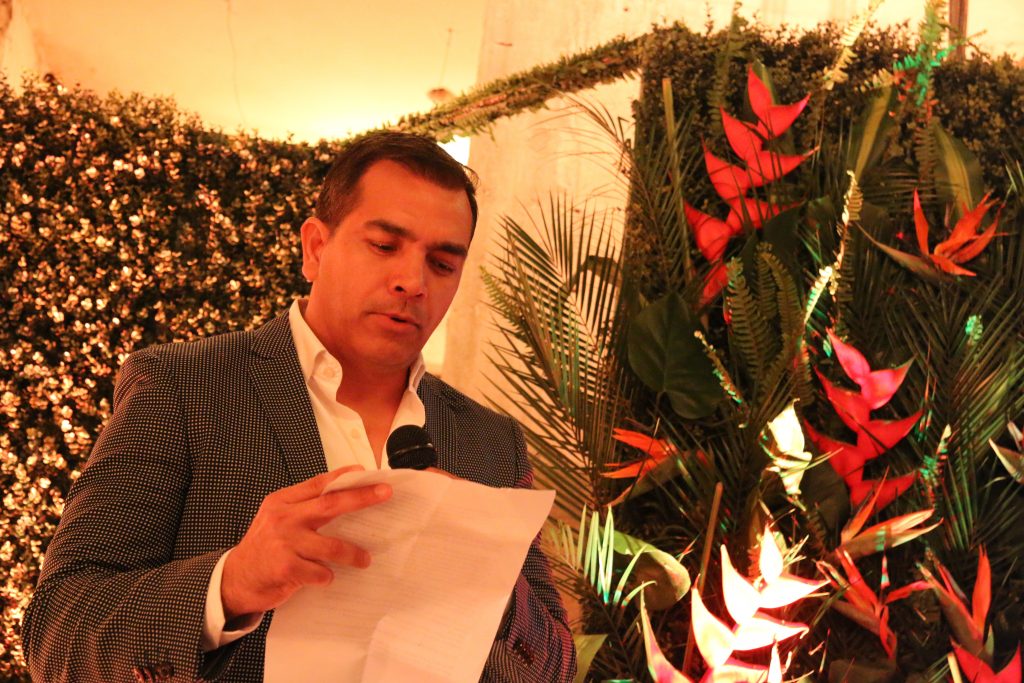 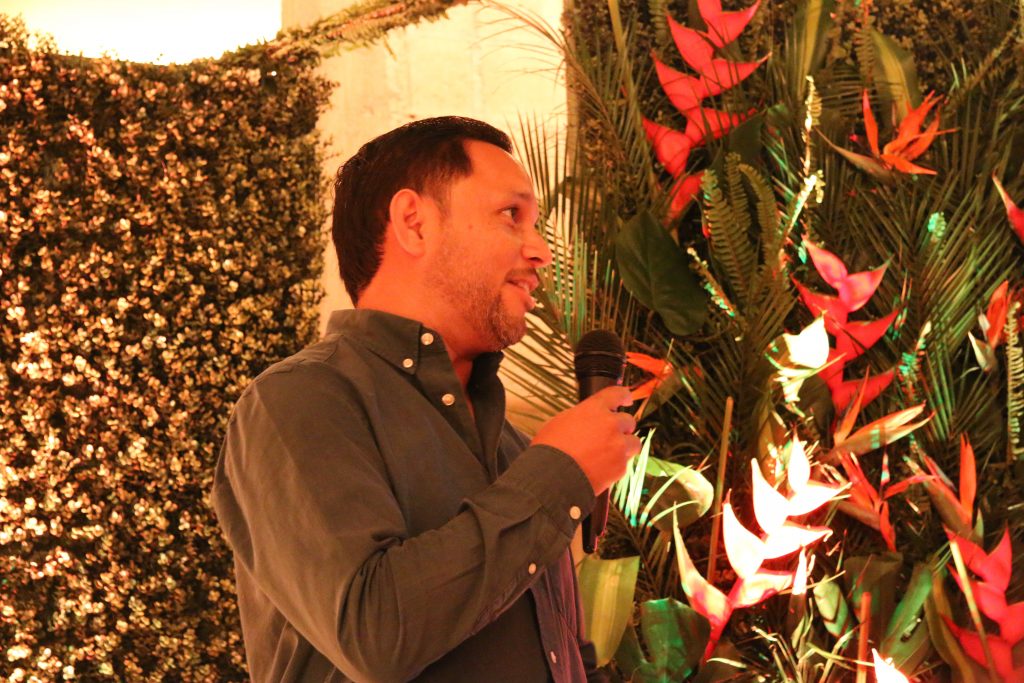 One of the most popular questions retiring expats have when researching a new place to call home, is the availability and quality of medical care in the potential new place of residence. Merida, being so popular, is no exception and a quick look around shows that medical care is generally pretty good in the formerly white city, with hospitals such as the Clínica Mérida, Star Médica and CMA (Centro Médico Las Americas) in the forefront, along with several smaller clinics and those serving the masses through the IMSS system with their long lineups, horrific bureaucracy and significantly less-than-five-star service.

In today’s rant, I am going to point out a few details that I have noticed thanks to a necessary and prolonged stay at the CMA by a beloved family member. Remember, this is one of the city’s better hospitals.

First of all, when you arrive, you will be greeted by a street that is trash-strewn, bumpy and a sidewalk that will present you with the very distinct possibility of breaking an ankle or fracturing a femur, should you fall into one of the many holes or cracks, or trip over the irregular sidewalk unions from one property to the next. In other words, should you survive your illness or are done with your doctor’s appointment and are able to leave, you just might fall and break a hip on the sidewalk outside, which, I suppose, is a handy place for that to happen.

On the side streets, many CMA affiliated clinics and other services abound. One service offers “mobility care” featuring a prominent drawing of a wheelchair on their facade. Interestingly, their minuscule parking lot means that cars are parked blocking the crooked and dilapidated sidewalk completely, making it necessary for anyone traversing this stretch of street to actually roll his or her wheelchair into the street and traffic. Amazing.

Should you enter the Clinica Las Americas through their ‘Urgencias’ (emergency) doors, with it’s tiny entrance for an ambulance that is frequently blocked by taxis, you will be greeted with paint-challenged walls and the words “soap” and “water” come to mind almost immediately. It gets worse inside the small area where emergency patients are treated or evaluated. While the doctors come and go in Mercedes and Audis, the patients are definitely in their own third world experience.

To check in, it is necessary to give your personal information as you would in any hospital admittance procedure. Enjoy your time here, as this is the most attractive space in the entire complex. The patient is then wheeled from the emergency area with its cadaverous white lighting and stained walls, to a room, this one called a ‘standard’ room, which is only a slight improvement over the emergency holding area.

A friend who had the need to visit the hospital described as a kind of throwback to a 1960’s American motel. The vinyl furniture surrounding the hospital bed, the awful lighting, the decor such as it is, all are reminiscent of another time and place.

The nurses, who seem to change shifts every 6 hours or so and a new group comes in to do their checking and medicating, mention that is suggested or rather imperative, that a family member of friend spend the night with the patient. This is apparently to inform the nurses if something should go wrong. Do not make the mistake of running to the nurse’s station in the night after waking up from your uncomfortable snooze on the rock hard vinyl bench that poses as a bed, IN BARE FEET as you will get an earful from the nurse on duty about not wearing footwear in the hallway. Bring flip-flops.

The nurses range from clinical to efficient to friendly to chatty. Like Forrest Gump and his box of chocolates analogy, you never know which kind you are going to get, except for the head nurse, who is obviously the pro and knows her way around a bedpan like nobody’s business. She is also not afraid to point out that she is working a double shift because she can’t make ends meet, thereby somewhat subliminally making you aware of the time-honored Mexican custom of tipping the nurses, preferably the head nurse first.

Occasionally groups of chatty nurses male and female will congregate in the hall outside the patient’s rooms, under the sign that says “favor de mantener silencio” and have a loud gigglefest. Should you pop your head out of the room and remind them to keep the noise down you will be met with a blank stare or two before they get what it is you are on about. They might even move elsewhere, if you’re lucky and look fierce enough.

The city of Merida, boasting its cultural attractions, liveability and wonderful lifestyle, really needs to take a hard look at this hospital and its surroundings. Making the (probably rich since this is the whole point of a private clinic) owners fork over a few extra pesos to improve the area around the hospital as well as an overhaul of the facility itself to bring into the modern world, and not in the third world it is in now.

All in all, the medical care at Las Americas is decent and you will get better. Doctors are qualified as are the nurses and even with all the neurotic observations I have mentioned, it is a far cry from the horrors of hallway heart transplants at the public IMSS clinics. But it has a long – very long – way to go before even remotely resembling anything first-world.

My good pal and associate Ralf has published a new photobook of a very small selection of Merida’s beautiful doors, taken in downtown Merida one sunny afternoon! If you like reading this blog and have found some use for the information contained herein, you can support the effort and get an attractive Merida souvenir at the same time! Enjoy!